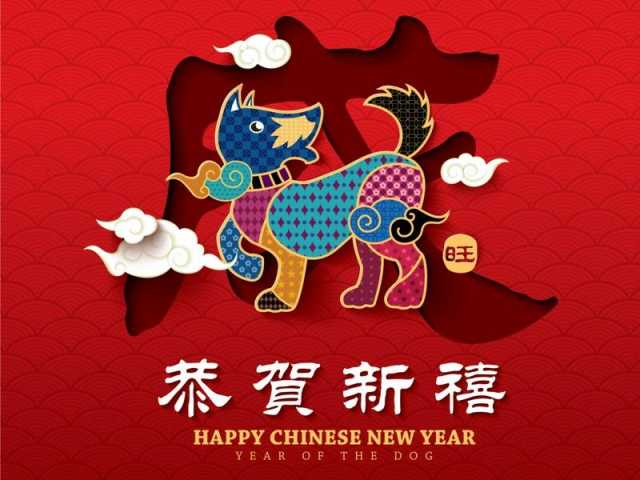 “Gong hei fat choy” to all my listeners!!!

I know a lot of you are probably going, “Huh??? What did he just say?”, but I am hoping at least a few of you smiled and nodded your heads at that.

You see, “Gong hei fat choy” is a popular Chinese New Year greeting in Cantonese, which directly translates to “wishing you great happiness and prosperity,” and was commonly heard on February 16 (2018) when China celebrated its Lunar New Year welcoming the “Year of the Dog”.

What might this Year of the Dog give us?  Well, with the S&P 500 up almost 16% over the recently concluded Year of the Rooster, with stocks strongly up since March 2009, and with significant recent volatility, I think it’s a little unlikely—but not out of the question—that we’d have outsized returns.  If history is anything to go by, our worst case could be a correction of about 10%, in line with the 8.4% drop in 1946’s Year of the Dog.  In general, the Year of the Dog hasn’t been too brutal on the markets; so, let’s hope that’s the case this time too.

Mayan Calendar: The End of the World

I started to think about other calendars and patterns that might light the way to the future. Let’s look at the predictive powers of the Mayan Calendar.  The Mayan calendar system consists of the Long Count calendar over a span of 5,125 years.  The end of the Long Count calendar signals the end of the world and the celebration of a new Cosmic Dawn.  Friday, December 21, 2012, marked the end of the world, according to the Mayans; that date, fortunately, passed without any great upheaval and most of us lived to see the Cosmic Dawn.  I guess the Mayans were off by a few years! Had their Long Count calendar ended March 6, 2009, when major indices started recovering after the banking collapse, I might well have been a believer in the Mayans’ power of predicting a new Cosmic Dawn.  Alas, with markets in the middle of a solid upswing in December 2012, I must admit, my faith in their powers of prophecy was a bit shaken!

Golden Ratio Of The Fibonacci Sequence

If you think of a calendar as a series of patterns, whether it be 12 years in Chinese or 12 months in the Judeo-Christian Calendar, other patterns came to my mind.

One such pattern that appears in nature is the Fibonacci Sequence. It’s basically a simple series that starts with the number 1, and every subsequent number in the series is the sum of the two previous numbers.  So, it’s 1, 1, 2, 3, 5, 8, 13, and so on.

What’s interesting about this seemingly simple sequence is the ratio of each number to its preceding number—13/8 is about 1.625, 8/5 is 1.6, 5/3 is about 1.6, and so on.  In fact, the average of all these ratios works out to about 1.618, the Golden Ratio, as it’s called because it’s seen frequently in nature.

For instance, the ratio of female to male honey bees in a hive is about 1.618; sunflowers, which have an opposing spiral of seeds, have a 1.618 ratio between the diameters of each rotation. Now look closer to your own body and measure the distance from your head to your feet and divide that by the length from your belly button to your feet. Do you get somewhere in the range of 1.618?

This Golden Ratio also seems ubiquitous in the stock market, with price movements and new support and resistance levels connected to Fibonacci percentages. If you are interested in checking this out further, there are plenty of links online.

Then there is the Elliot Wave Theory, which is often used in conjunction with the Fibonacci ratios. The theory is named after Ralph Nelson Elliott, who used the rhythms of nature to suggest that markets move up in a series of five waves and down in a series of three waves.  But while other theories try to time market movements, Elliott suggested no absolute time requirements for a cycle to complete, which is rather wise because, as we all know, the timing and the duration of a bull or bear market is virtually impossible to predict.  As John Maynard Keynes famously said, “The market can stay irrational longer than you can stay solvent.” So, getting the timing right, if you’re speculating, is imperative.

There is no scientific basis for the predictive powers of the Chinese zodiac or the Mayan calendar or, arguably, of Fibonacci or Elliott Wave or anything else I’ve ever seen. Maybe the ability of A.I. (Artificial Intelligence) to predict the market will change all of that. We’ll have to wait and see.

So, guessing market corrections based on Lunar or Mayan calendars is a fun exercise, but such prognostications are about as accurate as Punxsutawney Phil. So take all this with a sense of humor—and a huge pillar of salt.

Investing involves risk and investors should carefully consider their own investment objectives and never rely on any single chart, graph, or marketing piece to make decisions. The information contained herein is intended for information only, is not a recommendation to buy or sell any securities, and should not be considered investment advice. Please contact your financial advisor with questions about your specific needs and circumstances. There are no investment strategies, including diversification, that guarantee a profit or protect against loss. Past performance doesn’t guarantee future results. Equity investing involves market risk, including possible loss of principal. All data quoted in this piece is for informational purposes only, and author does not warrant the accuracy, completeness, timeliness, or any other characteristic of the data. All data are driven from publicly available information and has not been independently verified by the author.