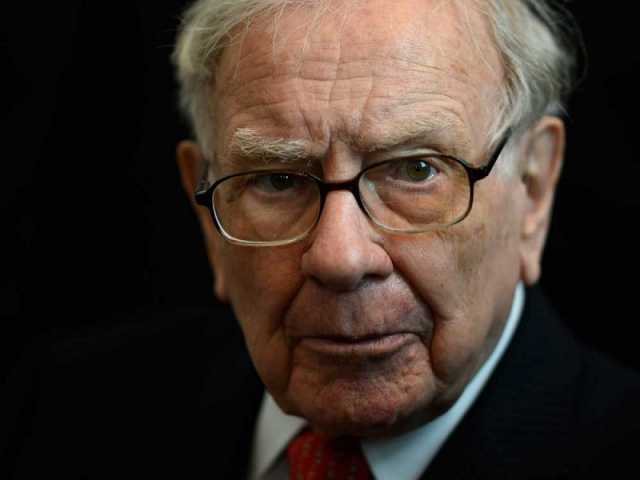 Hi, Everyone, welcome to our 975th show…and guess what? I have an announcement for you.

After 19 years of weekly shows, I have decided to hang up my spurs and ride off into the sunset of retirement.

It has been an amazing part of my life as I have met so many interesting people, some of whom became clients and others who have written in or attended my talks throughout the years and those who have remained loyal listeners. I especially would like to thank all of you in the Sunday Morning Breakfast Club, as I call it—those who rise early and put my show on as the first or second part of their morning routine. It is an honor that you thought enough of the work we did to include me in the Sundays of your life.

Today’s program will be the first of the final three, with our last airing on May 24th. In the meantime, I will be keeping you up to date on the investment world during this crazy time as well as re-playing some of our favorite shows from over the years.

I will be keeping the website active with all the past episodes, so if you want to hear something again or get in touch, you can contact me at www.Stevepomeranz.com.

Before I get to today’s commentary, I want to tell you a quick story of how we got started, and the one person who was most helpful at the very beginning.

His name was Daryl Logullo. For those of you who have been with me from the beginning, you may remember that Daryl and I co-hosted the show in the first few years. Daryl was helping me market my fledgling investment practice, and he was the one with radio experience. As a matter of fact, when he approached me with the idea of doing a radio show, I told him the only network I would do it on was NPR. Incredibly, he suggested we contact the local station, WXEL, and ask them. Honestly, it was not something I thought was possible, and sure enough, they said no at first.  So, we told them we were going to be a different kind of show and could we make a demo to show them what we had in mind. You see the fact that I was a fee-only advisor, who did not sell products and wanted to educate and protect our listeners, was a pretty rare thing 19 years ago. Well, the rest is history. The station took a chance on me.

So, thank you, Daryll Logullo, who sadly passed away a few years ago. I am forever indebted to him for guiding me onto this wonderful path.

Okay, let’s talk about what’s going on out there right now.

So here’s a question: Where’s Warren Buffett been?

If you remember the 2008 crisis, he was all over the airwaves telling us to buy America and even doing a lot of buying himself.  His billion-dollar deals with Goldman Sachs and GE for 12% interest plus options to buy more stock at very reasonable prices became the stuff of Wall Street legend. Hey, $5 billion could get you a lot back then. Heck, he even bought Burlington Northern Santa Fe Railway for $26 billion! Now that was a bet on America!

Today, however, he’s silent. So, I did some digging and this is what I found.

First, it seems we can only see the selling part of his activity.  He sold his investment in a slew of airlines, from United to American to Southwest Air, stating that the industry had changed dramatically, and while he hoped the industry would come back, he can’t tell whether it will or won’t. So, he sold all the shares he owned. Other than that, we know that he sold a small amount of Bank of New York-Mellon shares too.

Some who follow Buffett have made some guesses though, so let’s see what they have to say.  A few of them have looked into his 4th quarter buying of 2019 and extrapolated from there.

#1) It seems pretty clear that Buffett likes bank stocks. He likes JPMorgan (JPM)and US Bancorp (USB) for example, and both stocks got slaughtered during the selloff, so maybe he picked up some more of those two.

It’s also a good bet that he purchased shares of Berkshire Hathaway (BRK.A). He’s been talking about this for a very long time, and there’s nothing stopping him as far as I can see. He’s not taking any money from the government and, considering Berkshire had something like $128 billion in cash on hand recently, means he’s got an awful lot of money to buy back his own shares.

Unfortunately, we won’t know exactly what he’s done until mid-May when he files the 13F with the SEC and discloses his activity.

Other stocks he may have picked up could be Kroger’s, General Motors, Biogen. He seemed to like Occidental Petroleum recently, but with the latest insane sell-off in oil, he may take a wait and see attitude.

Finally, his partner Charlie Munger has given us a little insight into the way things are being viewed. In a recent Wall Street Journal interview, Munger was quoted as saying “Buffett has been  fairly conservative with his investments in the current market. Nobody in America’s ever seen anything else like this,” he said. “This thing is different. Everybody talks as if they know what’s going to happen, and nobody knows what’s going to happen.”

He continued, “Companies are not calling Berkshire for capital like they were in 2008. The phone is not ringing off the hook because many companies are all negotiating with the government for bail-out money so they’re not calling Warren.”

Companies like Blackstone, Carlisle and KKR have $1 trillion in cash to swoop into troubled companies, and they’ve wasted no time making purchases in industries like travel, entertainment, and energy.

It’s not that easy for the whole private equity industry though. They already have billions invested in many of these troubled areas, and they’re suffering a lot of losses at the moment. So much so that they are begging the government for monetary relief.

For those PE firms with money, investments have already been made in Expedia for over 5 billion from Apollo Global and Silver Lake. Apollo Global Management also is investing $300 million in Cimpress, the commercial-printing company that owns Vistaprint

Silver Lake along with Sixth Street Partners has invested in Airbnb which raised $1 billion in a new round of funding.

And so, the cycle of capitalism does its work—transferring ownership from weak hands to strong hands. Weak hands that perhaps used too much debt to finance expansion or whose business model wasn’t able to withstand a shock of this magnitude.

Strong hands are those that saved excess capital and didn’t get caught up in the excitement of a market that seemed to go up forever. This is one of a number of cycles I’ve seen since I entered the business in 1981.  It was going on well before me and will continue well after I’m gone.

Speaking of gone, I am moving on to other things. My plans for the future are many-fold. First, you might not know this, but I am also a musician with my own band, The Steve Pomeranz Band, which you can follow on Facebook and Instagram plus at our website www.stevepomeranzband.com. And I plan to travel for long periods once it is safe, and Italy is our number one choice.

I have a son and daughter who are in the arts as well, so I will be working with them. My daughter, for one, is a wonderful singer and talented songwriter, so I’m ending today’s show with a little slice of her music. She calls herself Waltzer and can be found on Spotify and all the other important music platforms.

Please remember that our last show will be on Sunday, May 24th, and we will keep the website active if you would like to stay in contact after that.

So, farewell until next week. Here’s a bit of Sophie’s music. Please enjoy!