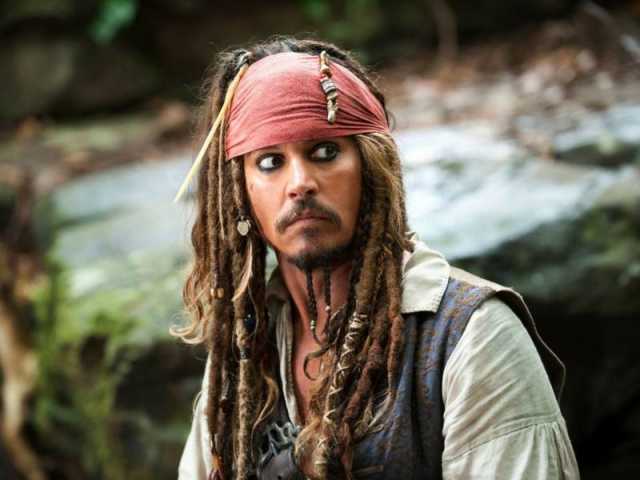 There’s an old saying that begins “Sometimes it takes a village…” In the case involving Johnny Depp, one of the highest-earning actors in Hollywood—who, by the way, has earned a whopping $650 million or so in his career—it actually took a village for him to notice that he was running out of money. He got a phone call from his financial manager telling him he had to sell a small French village he owned in order to stay solvent.

This all became public thanks to a lawsuit Depp filed against his business managers, brothers Joel and Robert Mandel of TMG, for mismanagement of funds. Depp claims that “throughout his 17-year relationship with TMG, he was kept ignorant of his financial condition” and he accuses TMG of negligence and fraud and has asked for $25 million in compensation.

As expected, TMG filed a countersuit against Depp for the same amount plus attorney’s fees and commissions owed.

As business managers to Depp, TMG served as bookkeeper, accountant, and attorney. In Rob Mandel’s own words, “They provide services for someone who doesn’t want to be bothered with the business side of their life. So, a business manager does everything: pay bills, collect paychecks and banks them, makes sure they have the right insurance coverage for everything, the appropriate estate planning products, also that their investment portfolio is adequately diversified for their age, degree of risk, and so on. We buy their houses; we buy their cars; we do their tax returns; we help negotiate their contracts. It really runs the gamut from basic everyday services to very complicated life issues.”

So What Really Happened With All That Money?

Turns out, Depp (by his own admittance) was a big spender and made a lot of impulse buys. In its defense, TMG lists these extravagances as Depp’s lavish residences across the globe, a chain of islands in the Bahamas, a 150-foot luxury yacht, at least 45 luxury vehicles, $30,000 per month on expensive wines, over 200 works of art, a treasure trove of Hollywood collectibles, 40 full-time employees, $200,000 per month on private jets, and so on.

So, while Depp made a lot of money, TMG claims that there wasn’t a lot left after nearly 50% in federal and state taxes; 10% of his gross earnings paid as fees to his talent agency; 5% to his personal and entertainment lawyer; TMG’s 5% fee; other professional and service fees; mortgages on his many properties plus their upkeep and maintenance; and the $2 million needed every month to fund Depp’s ultra-extravagant lifestyle.

After warning Depp and his sister repeatedly to rein in spending, things ultimately got to the point that there wasn’t enough cash to pay for Depp’s various expenses, so TMG urged Depp to reduce his spending and sell some of his unnecessary assets— hence the small French Village I referred to at the beginning. When Depp’s spending outpaced his earnings, he borrowed large sums of money to support his lifestyle and “personally signed for all such loans.”  Whether TMG could have or should have forced him to alter his spending habits remains a contention.

Citing TMG’s 5% fee, Depp argued that it was TMG’s responsibility to keep his finances in order, much as a fee-only financial advisor would keep his client’s best interests above all else. Depp further claimed that TMG should have terminated its relationship with him if they felt Depp ignored the financial advice of the Mandel brothers and that they did more harm by not knowing when to end their volatile relationship with Depp.

TMG countered that it did everything in its power to professionally and competently handle Depp’s business transactions, expenses, and demands, and that, ultimately, either Depp or his sister— who was also his personal manager—decided how to spend the money and approved all transactions, and that “Depp, and Depp alone, is fully responsible for any financial turmoil he finds himself in today.”

The main issue in the lawsuits centers on fiduciary responsibility, a word that is becoming more familiar to everyone which describes putting the client’s interest first, plus the lack of written management fee contracts, the lack of clearly stated roles and responsibilities, and fuzzy communications.

There were also clear conflicts of interest because Depp’s sister, Christi Dembrowski, allegedly received $7 million in loans from Depp’s funds but without Depp’s knowledge. So, she herself may have wanted to keep Depp in the dark about some of his finances, a classic case of things getting murky when mixing family relationships with business.

While TMG managed Depp’s finances, it also hired and oversaw outside accountants, so there was no separation of the management and audit functions. In other words, they should have had separate auditors to keep an objective checks and balances on the whole operation. All of this further sullied the waters.

As far as I can see, I think the blame goes around. It was partly Depp’s strong personality, reports of excessive drinking, his unwillingness to oversee his own finances, his generosity towards family but without adequate oversight, his sister’s deep and complicated involvement with his business and finances, the lack of written agreements, the lack of tight controls on Depp’s spending, the lack of financial planning and projections, and waiting till finances really came to a head that led to the current lawsuits.

Although Depp is worth a lot of money, there are lessons here for all of us. To help avoid financial fiascos in your life, establish clearly written roles for each party, understand that you need to have a certified financial planner separate from your business manager and an independent accountant and auditor who oversees all your financial dealings. In addition, I‘d strongly urge you to keep family members away from managing your personal finances because, in the U.S., it’s wholly possible to have qualified professionals manage your affairs far more effectively than when you confuse lines of authority with family. And, finally, even though you outsource everything, you ultimately must make the time to stay on top of your finances.