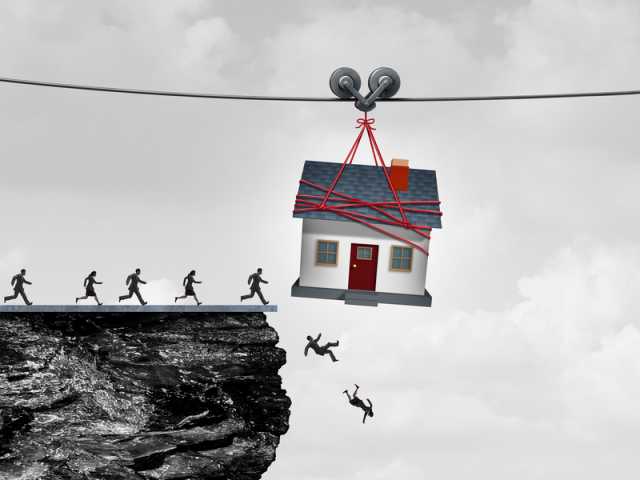 There sure is a lot going on right now from Coronavirus worries, to the election, to a volatile stock market, so the last thing I want to add to anybody’s list of concerns, are some unconstructive thoughts about housing.  However, I just read a fascinating article from The Economist Magazine (my favorite mag, by the way) about how our attitude toward homeownership in this country just may be hurting us.

Hurting us? Now, I’m not telling you as an individual to buy a home – that’s a personal decision for you to make. But after reading the article about how homeownership is structured in this country, you get to see how it actually may be hurting us and not helping us.

The article pointed out that one-fourth of the recessions in the developed world between 1960 and the 2000s were, at least in part, precipitated by sharp declines in house prices—and those were also the recessions that were the worst and longest-lasting. The financial crisis of 2008 is just the most recent serious example.

This suggests some serious mismanagement in housing policies, and it’s a problem that occurred gradually, over many decades. The end results include thriving cities that don’t have room to grow and a generation of young people who can’t afford to buy homes or even rent apartments.

The blame ultimately lies with a combination of elements, a network of convoluted and corrupt housing policies, and an overwhelming obsession with homeownership.

The question now is: how do we get on the right track?

No Room For Rooms

There’s a serious lack of building happening, particularly in or near booming cities with plenty of jobs. There’s no room for the apartments and buildings these cities need to accommodate the workers taking these jobs. Why? Housing and building regulations, for one. For decades, regulations have been in place that cater to homeowners that make it nearly impossible for developers and construction companies to come in and build the housing that this modern economy needs. As a result, housing prices—both rent and homeownership—climb, which means workers can’t afford to move to the places where they’re most likely to find the best jobs and that slows overall economic growth.

Here are some facts to ponder. Housing costs in the U.S. currently take up 11% of GDP, that’s up significantly from 8% in the 1970s. Now here’s a statistic that blew my mind: It’s estimated that if only three major cities (New York, San Francisco, and San Jose) relaxed their housing regulations a bit, the country’s GDP could be as much as 4% higher. What today’s politicians and you and I wouldn’t do for a 6% GDP rate of growth!

How The Housing Market Is Creating A Problem

So how else has the Housing Market created this problem? For a number of decades, interest rates have fallen. While this seems like a positive, and it is in many, many ways, it’s compounded an already inadequate housing inventory by leading to a seemingly non-stop surge in prices. And this occurs most heavily in America’s largest cities. In other developed countries, such as the UK, average national home prices are also skyrocketing.

The cost of housing has created inequalities and generational divides. In 1990, baby boomers who were at a median age of 35 back then owned a third of U.S. real estate by dollar value. In contrast, in 2019, the millennial generation (current median age of 31) owned only 4% of the country’s real estate. That’s a huge disparity.

The younger generation looking at ever-rising housing costs and, ultimately, beginning to view owning their own home as an unobtainable feat may be contributing significantly to their infatuation with socialism.

Where The Problem Began

The problem began when public policies shifted in the 1950s promoting the favorability of owning your own home. To further drive the focus on homeownership, governments then continued using tax breaks and subsidies to foster homeownership over renting.

Politicians have done their part as well. Those on the right see owning a home as a way to encourage responsible citizenship. Those on the left view housing as a means of wealth redistribution.

But the truth is that there’s no real proof that buying a house makes you a better citizen, and economically, if you take leverage out of the equation—you know, the mortgage—it’s actually more profitable to own stocks than a home. In addition, homeowners often become people who resist development of an area in an attempt to protect their investments.

So the economists crunched some numbers which revealed that new house construction in the developed world has fallen by 50% since 1960. So, inventory is way down, prices are up, and the entire system is skewed towards homeownership. Most people are concerned that they’ll fall behind or be forgotten if they chose to rent. Politicians focus their energies on giving subsidies to marginal buyers. It all just ends up leading to the buildup of mortgage debt that makes wide-scale economic crises much more likely.

Hope For A Different Way

Well, there is hope. There is hope for a different way because there are places in the world that are not suffering from inventory issues or the need to own a home. Tokyo, for example, erected nearly 730,000 new homes without any negative impact on quality of life. Switzerland operates with an entirely different mindset from the one in the US, offering local governments financial incentives to allow and push for new housing development. The result? There is almost twice as much home building per person in Switzerland as there is in the United States.

There are even places in the world where homeownership levels are low and that’s considered okay! Germany, for example, has a homeownership rate of only 50%. It also has a rental sector that encourages long-term tenancy. The result there?  In contrast to the US, real home prices in Germany haven’t risen significantly since 1980.

Happily, things are starting to change. In the US, there’s finally a cap on tax breaks for mortgage-interest payments. In the UK, the government now openly admits the housing market is broken and needs to be fixed. Scott Morrison, Australia’s prime minister, has pledged to make housing more affordable. And Canada’s recent election was focused partly on reigning in the country’s spiraling housing costs.

Well, here’s to the new policies and the new attitudes that create more affordable housing for everyone in the future, and maybe it’s time for all of us to re-think our old assumptions—and I’m all for that.