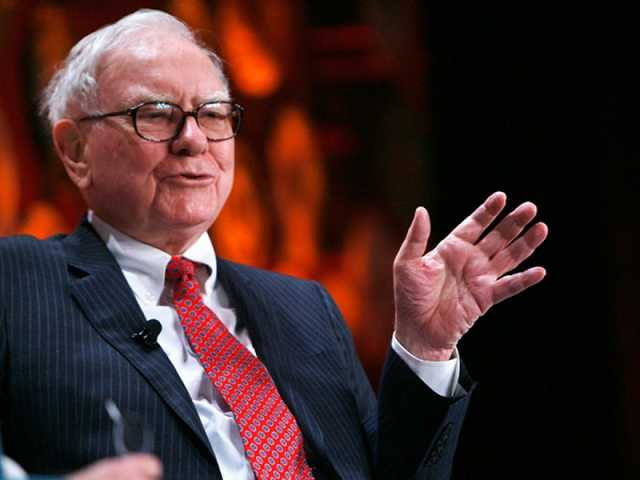 The major stock indexes continue to climb to new record highs, but there’s one notable individual who isn’t onboard the train to ever higher stock prices. Care to take a guess about who I might be speaking? (By the way, I’m watching The Crown so my English is getting a little better) It’s Warren Buffett, the “Oracle of Omaha.”

Yes, I said Warren Buffett. Even as Berkshire Hathaway (NYSE: BRK.A) once again beat analysts’ predictions with its most recent quarterly report, Buffett’s conglomerate was steadily pulling money out of the stock market, increasing its cash position. In fact, over the past six years since 2013, Berkshire Hathaway has increased its cash balance by more than 400%—from around $30 billion to nearly $130 billion. All the way up on this record bull run, Buffett has been piling up cash and relentlessly reducing his exposure to stocks.

So, what could be the reason for Buffett’s massive move toward cash and away from the market? Well, you may recall one of the most frequently quoted Buffett adages about stock trading is, “Be fearful when others are greedy, and greedy when others are fearful.”

Buffett’s moves to more cash caught the attention of Wall Street when a long-time Berkshire Hathaway investor, just earlier this year, sold his entire holdings in Berkshire, moving his money into other stocks while expressing his frustration with Buffett’s cautionary stance in the market.

And that investor is not alone in his criticism of Buffett. CNBC recently noted that a number of stock market analysts, many of whom no doubt continue urging investors to buy with both hands, have questioned why Buffett is increasingly moving to the sidelines.

This “Buffett bashing” is one market trend that sets off alarm bells for me and one analyst, Gary Evans, editor of Global Macro Monitor pulled no punches in a recent column, referring to those questioning Buffett’s market wisdom as “idjits,”  writing, “the idjits have the gall to mock this man for holding so much cash.” He reminded readers of the last time Buffett refused the temptation to invest more in a surging bull market: 1999, right before the dot.com bubble burst in 2000, a bubble burst that Buffett clearly predicted in a letter to Berkshire Hathaway shareholders in early 2000.

Evans also offered some technical analysis that supports Buffett’s market position. One market indicator that Buffett thinks is probably the best single measure of the value of the market at any given moment is the ratio calculated by dividing the value of the entire US Stock Market by our Gross Domestic Product. Any ratio over 115% indicates a significantly overvalued market. Today this ratio stands at 147% which is even higher than it was during the dot-com bubble.

Still, some investors may object, pointing out that the stock market has simply continued to hit one record high after another in 2019. Doesn’t that prove that Buffett’s cautionary move to cash is wrong?  Well, no. All it shows is that Buffett’s current analysis of the market hasn’t been proven right just yet.

You might be interested to learn that those investors who have correctly predicted a major market crash were often a bit early with their predictions. Two major investors who not only avoided getting hurt by, but actually made huge profits from, the stock market crash of 1929 were Joseph P. Kennedy Sr., father of President John F. Kennedy, and the legendary stock trader, Jesse Livermore. Both men first began moving from being “long” stocks to being “short” stocks during late 1928 to early 1929. As things turned out, they were a bit early with their market caution, but it nonetheless paid off hugely when the crash occurred in October of 1929.

There’s even a funny story around Jesse Livermore’s experience during the crash. While Jesse was working in his Manhattan office on “Black Monday”, October 28th, his wife heard the news of the stock market crash on the radio at home. Fearing that her husband had been wiped out like so many other investors, she gathered up her jewelry for Jesse to pawn if need be and moved herself and the children from the main house into the much less expensive to maintain guest cottage. When Livermore came home and eventually found his family huddled together in the guest quarters, his wife explained her actions during the day and calmly offered her husband her jewelry box. Livermore then informed his wife that he had sold stocks short on a massive scale and that his profits for the day totaled approximately $2 million ($30 million in today’s money).

I think the point here is that Buffett is not investing new cash into the market today. So as the market rises, he will probably earn less than he would if he were fully invested. For many investment managers, this would be a bad thing because investors want their managers to beat the market. If a manager can’t beat the market it makes more sense to buy an index fund, right?

Buffett doesn’t care, however, because he isn’t catering to investor’s whims and fears. He wants to make sure that over the next 50 and 100 years, he has protected his shareholder’s money and will be positioned to swoop up companies when things inevitably turn down.

Investing in Berkshire, therefore, is probably a safe way to get market-like returns but with a large margin of safety when things go wrong.

That’s just not something that’s likely to end up with you looking like the smart one.