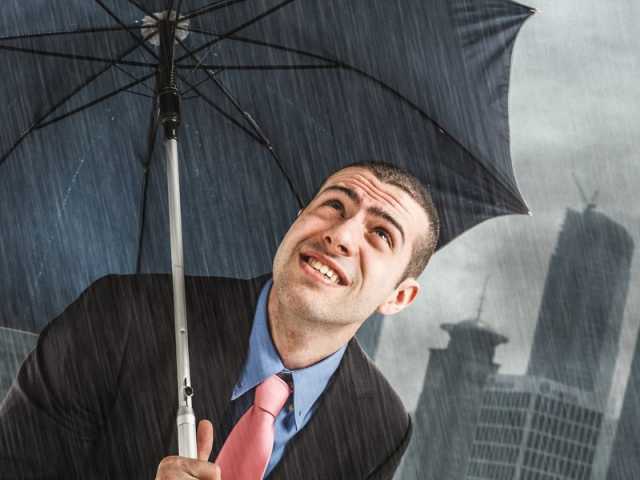 So, what happens when the economy is going great?  Everyone starts looking for signs of when it might start turning bad. There are any number of things that economic and financial market analysts look at for signs of a turn in the economy: employment data, inflation, interest rates, stock prices, consumer confidence. But one of the most reliable predictors of a coming recession is a bit more off the beaten path than any of those indicators. As pointed out in a recent Washington Post article, the economic conditions in four specific counties in the middle of the country have, time and again, accurately provided early warning signs when a recession is coming. The fates of these four counties— Robertson County, Tennessee; Pontotoc County, Mississippi; Boone County, Illinois; and Elkhart County, Indiana (the home of Alka-Seltzer)—have all predicted every major recession in the U.S. since 1975.

Why Are We Focused On These Counties?

What’s so special about these counties that makes them such accurate barometers of coming economic storms? Well, for one thing, they’re responsible for the production of a lot of the biggest-ticket luxury items used by the middle class, the kinds of things whose sales numbers are particularly sensitive to consumers opening or tightening their wallets. Secondly, the employment figures in these counties have, for the past 50 years, always run ahead of national figures. The average one-year employment numbers in these four counties have—ever since 1975—always dropped before the national average drops.

What are those numbers saying right now? The most recent numbers, taken from early in 2019, show employment dropping a bit, but not plummeting. Officials local to each county are saying that it’s too early to know whether the dip in employment numbers is a solid signal that the country is about to enter a downturn or is just a temporary fluctuation.

Each of these four counties rebounded strongly after the 2008 financial crisis. Jobs were plentiful and growth was substantial. But, again, that’s all subject to change if consumers start reining in their spending. The goods produced in these four counties, things such as motor homes, boats, furniture, and vehicles, are among the products that are hit hardest in a recession.

Let’s take a look at the history of and current conditions in each of these four bellwether counties, one by one.

First up, Robertson County, Tennessee. Robertson County is alive in terms of production of the goods that middle-class America consumes in large quantities. Initially, the county was built on the production of whiskey and tobacco. But in the 1960s and 1970s, the county began becoming a more diversified manufacturing center. The county’s primary industry these days is centered around home goods such as appliances and furniture. Again, these are the kinds of industries that get hit the hardest when people start tightening their wallets because they’re afraid they might lose their jobs.

Robertson saw a workforce peak in 2017. Though employment numbers dipped in 2018, companies have been consistently adding jobs in the area since then. Major appliance manufacturer, Electrolux, is consolidating much of its manufacturing in Robertson County, investing approximately $250 million in its factory there. That’s a good sign, although it’s questionable as to how much it will actually spur job growth in the county.

In just the past year, transportation has overtaken manufacturing as the leader for employment in Robertson County. This includes warehouses where products for retailers such as Lowe’s and Macy’s are stored and shipped from. Robertson County is strategically located along major interstates just north of Nashville, making it an ideal shipping hub.

Long-time residents of Robertson report that the downtown area is booming and that employers are hungry enough for workers to be offering sign-on bonuses and hiring and training unskilled workers. So, for the moment anyway, things look pretty good in Robertson County.

Just off the interstate that links Atlanta and Memphis is Pontotoc County. Here, furniture is the number one export—a lot of furniture. One of the largest furniture factories in the world, Ashley Furniture, has a plant in the small town of Ecru that’s responsible for employing several thousand workers from all over the county.

Pontotoc County is important as an economic indicator because home furnishings are particularly sensitive to both consumer spending habits and to the overall housing market.

The housing market crash of 2008 hit the area hard. The county is now diversifying, drawing in companies to produce goods that won’t be as sensitive to a recession. Pontotoc County shoring up its economy may be a good sign for the economy as a whole.

Belvidere is the largest city in Boone County, Illinois, and its mayor, Mike Chamberlain, attributes the area’s economic sensitivity to one thing—its biggest employer and largest exporter is Fiat Chrysler. The company just recently merged with Peugeot to create the fourth-largest automaker worldwide.

A five-million square foot plant in the heart of Belvidere employs about 4,000 workers to make Jeep Cherokees. Despite the fact that the county has been able to attract many new industries since the last major recession, the plant still laid off an entire shift of workers, sending production to China. But Fiat Chrysler is still the biggest and most influential employer for the county.

Boone County, like Robertson County, benefits from its strategic location astride a major interstate, a fact that has helped it bring in diversified jobs at a rapid pace in recent years. Currently, the area is adding jobs at a rapid pace, both by training up less-skilled residents and by successfully attracting experienced workers from around the region. Many small-to-medium-sized businesses have sprung up in Boone. The economic skies there look pretty sunny. So far, the only small cloud on the horizon is a slight slowdown in the growth rate, something that’s attributed to the current uncertainty about trade and tariff issues.

The only one of these four key counties currently giving a strong warning signal for the economy is Elkhart County, Indiana, the primary manufacturing center for motor homes and travel trailers in the U.S. The problem? Sales of these goods have dropped 20% this year. Motor homes are among the biggest-ticket luxury items purchased by the middle class, and that means they are among the first items that consumers stop buying during a recession. That’s a big part of what makes Elkhart County an excellent predictor of a widespread economic downturn.

So, what’s the overall takeaway here? Each of these four counties is sort of like a fortune teller, helping to alert the country that a recession may be about to hit. Right now, things look pretty good in three out of the four, with their economies doing well and diversifying to give themselves added protection against any future economic downturn. Unfortunately, for economic forecasters, that very diversification may end up eventually making these counties less effective as predictors of a widespread recession. But for now, the four-county economic forecast looks favorable, other than a little cloudiness over Elkhart, Indiana. If the predictive ability of these four counties holds true, it would appear that we’re still fairly well away from experiencing any major recession.