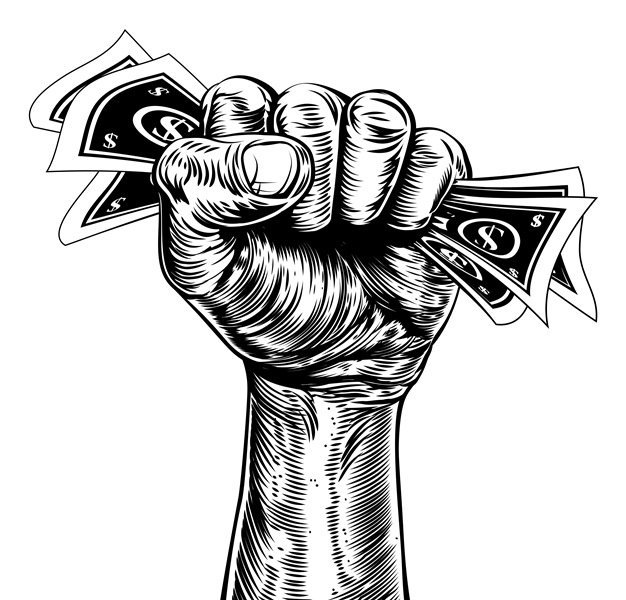 The U.S. economy appears to be getting stronger each month, with steady job creation, solid corporate earnings, manufacturing strength and robust consumer spending – supported by a steep drop in oil prices and low inflation.

In January, unemployment clocked in at 5.7%, down from a post-financial crisis high of 10% in October 2009. Over the last three months, employers hired at the fastest pace since 1997. Another positive sign: After years of stagnant wage growth, average hourly earnings rose by 0.5%, the biggest gain in six years.

We’ve also recently seen positive announcements on the wage front. For example, in February, Wal-Mart announced a pay raise to $10 per hour, well above the $7.25 federal minimum wage. Other companies, such as Starbucks and Aetna, have also raised wages at the lower rungs.

Historically – here’s what’s kept wage growth in check. In the 1970s, rising oil prices put pressure on producers to control other costs, such as wages, rather than raise prices. Then the entry of baby boomers and women into the workforce helped keep wages down in that era. Over the next several decades, with the rise of globalization, companies outsourced operations to lower-wage countries. Meanwhile, technological innovation eliminated many jobs, and new tech companies typically created far fewer jobs compared to manufacturing companies.

And, as an article from The Wharton School points out, workers should not expect dramatic wage increases anytime soon because of a few key reasons.

First, there are still a lot of people who are unemployed or underemployed in the U.S. – available for hire and waiting on the sidelines for the right job to show up. So there’s still a lot of labor slack, making it easier and more efficient for firms to employ new workers at the current wage rate. Despite recent hiring gains, we’re still down four to five million jobs compared to before the recession, and the number of people working part-time jobs is up about 50% from pre-recession times, with very few people in a position to voluntarily quit their jobs. So workers still don’t feel secure, and are not in a position to demand substantial wage gains.

Then, there’s also an eager supply of foreign workers that would be happy to work for seriously low wages, especially in countries where youth unemployment is in the high double-digits. For example, 58% of the youth in places like Greece and Spain are unemployed, 40% in Italy and over 20% in developed countries like France and the UK. Then there are low cost workers in places like China and India, eager to take on more work from U.S. companies.

Technology is another factor that plays against wage hikes. As technology gets ever more sophisticated, it continues to displace workers, while weaker worker protection laws give employers the upper hand.

So modest signs of wage growth offer little reason to pop champagne corks just yet. We need to see larger real wage growth over a much more extended period of time across all wage levels in the economy before we say we’re making progress.

Another factor that’s been holding back wage gains is the shift in how the economic pie has been divided. Customers are now getting much better products and services at price levels that are only slightly higher than before – so there’s a “value for money” shift in favor of our consumers. In parallel, shareholders have done very well through the booming stock market. But employees have been doing poorly. As a result, there’s Rising Inequality… with the top 10% of U.S. earners now getting 40% to 45% of national income, up from 30% to 35% in the 1970s, while the bottom half gets only a quarter of national income.

What’s more – most of the gains for the top 10% in the U.S. have taken place among the top 1% – those at the very very top. For example, the top 1% received three-fourths of the wage gains of the top 10%, while the other 9% saw pay increases just slightly above those of average workers in lower income tiers. Economists attribute these outsized gains to the rise of “super-managers” – elite corporate executives who are able to negotiate very high levels of compensation.

Finally, the economy is operating under a new set of rules. Increasing productivity no longer guarantees higher wages for the average worker. Productivity increases don’t have to be shared with labor. Who gets it all depends on who has bargaining power. Over the last four decades, labor unions have weakened, the minimum wage has eroded in value, and globalization and technology are replacing U.S. workers.

Restoring the American dream for the middle class is set to take center stage in the upcoming Presidential election in both parties. Politicians and policymakers will be debating a variety of ideas such as minimum wage hikes, overtime protections and giving free choice so workers can join unions. Government financial support for higher education, including free community college education as President Obama discussed, could also raise workers’ prospects. In addition, federal funding to rebuild the nation’s aging infrastructure could also help.

But, after all is said and done, nothing raises wages like very low unemployment… and that, my friends, is intrinsically tied to the strength of the U.S. and world economy… so for now, rejoice in the fact that U.S. unemployment is low relative to the rest of the world, that U.S. wages are still amongst the highest in the world… and live well within your means, save as much as you can… and ride out this slump in hopes of a better tomorrow.