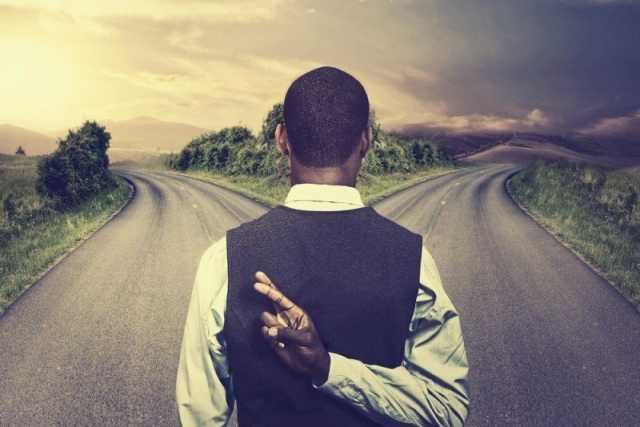 I was at a social event recently and someone I was talking to—a middle-aged friend—said he’d never seen the world in such turmoil in his lifetime. He was referring to threats from the Islamic militant group ISIS, about instability with North Korea, about saber-rattling by Russia and China, and a lot of other such gloomy topics, and wondered if he should stay out of the market until these risks subside.

Here’s what I told him: When it comes to understanding risk, there will always be risk in the markets; it’s just the nature of our increasingly interconnected global world and economy. If there’s stability in one place, there’ll be risks somewhere else. Moreover, in our quest to constantly price stocks correctly, investors and analysts are always on the lookout for risks that might affect their holdings and often end up exaggerating risks that are really not all that scary. I’m sure many of you remember when Y2K caused a lot of fear and panic in the markets in the late 1990s.

Two weeks back, I spoke about how housing investments returned just about 1% per year (after adjusting for inflation) and about staying invested in stocks because they’ve returned inflation-adjusted returns of 6% to 7% over the last 200 years. I’ve also often spoken about staying invested for the long-run and believing in the market’s long-term potential—especially when times are tough—because doom and gloom often lead investors to abandon stocks and seek safe-haven shelters elsewhere.

But the truth (proven by analysis of over a 100 years of real, hard stock market data) is that there is always risk in the markets, yet inexorable economic progress has consistently driven markets through the severest of downturns and onwards and upwards.

As Ethan Harris, co-head of global economics for Bank of America Merrill Lynch writes about market risk: “It’s Always Something.” And I say; “Ain’t that the truth!” Harris pointed out that there’s never no risk out there! Rather, different forms of risk take hold at different times, and when risks at the forefront appear to subside and rotate out, new risks rotate in. I think that’s generally very true, and this underlying omnipresence of risk is what drives financial markets. Investors and speculators assume risk and are either rewarded or punished for it.

So there’s always a reason to be nervous about the state of the economy and the markets. But the investor that has been patient, believed in the market, and stayed in for the long-run has consistently been rewarded. Perhaps there’s good reason behind this phenomenon. Maybe it’s because humans are intrinsically driven to progress forward and take on the challenge of solving tough problems motivated by a sense of optimism. As humans, we seem to want to move past risks and uncertainties—however bad—and move forward to brighter days. You know, just as those desert flowers bloom against all odds, even after long and punishing periods of drought, so it appears to be with our indomitable human spirit.

And investing greats like Warren Buffett have constantly made note of the market’s innate survival instinct. In fact, during the scariest moments of the financial crisis in October 2008, Buffett wrote an op-ed for the New York Times where he communicated this ever-presence of risk as follows:

“Over the long term, the stock market news will be good,” Buffett wrote. “In the 20th century, the United States endured two world wars and other traumatic and expensive military conflicts, the Depression, a dozen or so recessions and financial panics, oil shocks, a flu epidemic, and the resignation of a disgraced president. Yet the Dow rose from 66 to 11,497.” (By the Way, the Dow now stands around 18,000)

Any chart showing the long-term climb of the stock market over extended periods of time will demonstrate a history peppered with scary events. But, ultimately, things paid off for investors who stayed long and stayed strong.

Despite a long history of uncertainty and events caused by geopolitical risk, the market has rallied. This is in spite of the “doom and gloomers” who always are quick to point out some supposedly hidden problem that’s going to cause us to lose everything. So, historically, the market has gotten by.

What do the “doom and gloomers” point to today?

Remember I mentioned that risks fade in and out. “Doom and gloomers” like to combine both recent risk factors (that show signs of fading) and new factors (that are growing) into one toxic cocktail of negativity. What we were all so worried about last February has faded.

Harris writes that the new risks which are looming are: 1) Europe is becoming an area of concern with its refugee crisis and terrorism; 2) Britain is contemplating an exit from the European Union, which “could be quite disruptive; 3) The US presidential campaign has come with anti-trade rhetoric from both parties.

As Harris closed in his note to investors, “It’s always something.” And I say: “Ain’t That the Truth”!