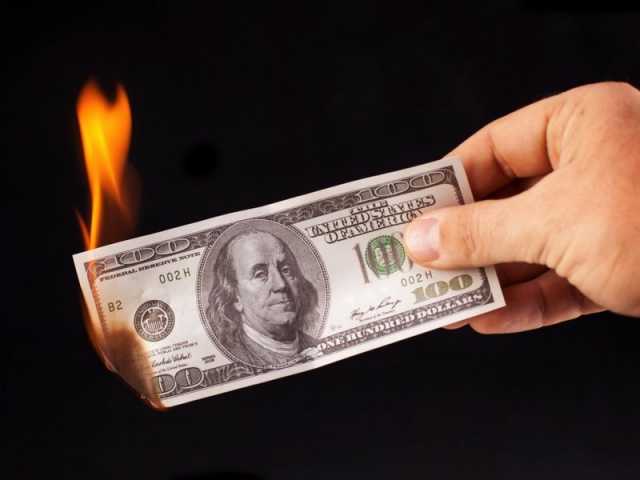 As I have often said, a 401(k) plan from your employer is an excellent tax-deferred way to save for retirement, and even more so if your company offers any level of matching contributions.  Because it’s so great, 75.3 million Americans participate and collectively hold $5.3 trillion in defined contribution plans such as the 401(k).  So, clearly, millions of Americans have a sizable portion of their total savings tied up in these plans. Congratulations to you all!

However, there are pitfalls to investing in 401(k) plans that I have spoken about multiple times, and one of the pitfalls that I outlined in a recent piece I did on 401(k) pros and cons, was their excessively high fees.  Specifically, I said, “the plan administrator may direct you toward mutual funds they manage or at least, have an interest in, in order to maximize their own fees and expenses at the expense of your nest egg.” Recent events have brought that exploitation into stark focus, with storied corporations such as General Electric and TIAA (formerly known as TIAA-CREF) accused of benefiting themselves by attempting to feather their own pockets at the expense of their own employees.

Let’s start with General Electric.  This past September, GE was the subject of a lawsuit filed on behalf of about 250,000 employees who were members of the company’s 401(k).  The lawsuit alleges that GE short-changed employees by directing their 401(k) contributions into high-fee mutual funds owned and managed by the company’s financial services subsidiary, GE Asset Management.  Making matters worse, those funds also consistently underperformed their benchmarks almost every year, and employees were not given the option of investing in better performing funds offered by other investment companies.

As a result, the lawsuit alleges, GE employees lost millions in fees, had lower net investable amounts, were cheated of millions in potential profits, and had to bear losses on the money they set aside for retirement.  So their savings were hit by the double-whammy of poorly performing funds and excessive fees!

According to press accounts, the lawsuit alleges, for example, from 2011 through mid-2016, 90% of the money in GE Asset Mgt’s International Fund came from its 401(k), and this fund consistently performed worse than more than 70% of competing international stock funds.  According to the lawsuit, a $1-billion investment, for example, in this fund grew to $1.22 billion over five years; by comparison, had this money been put into Fidelity’s Overseas Fund, it would have grown to $1.57 billion.  So that’s a profit shortfall of about $350 million. But, according to the lawsuit, Fidelity’s Fund wasn’t even offered to GE’s 401(k) participants because GE only allowed its own funds to be invested in the 401k. Why? As alleged, to keep all the fees for themselves.

Now, in the face of such consistently poor performance, the lawsuit alleges, a prudent trustee of the fund would have withdrawn the underperforming fund and replaced it with something better. But GE did not!

Here’s another way that GE allegedly benefited:  GE employees’ 401(k) contributions were a reliable source of inflows for GE Asset Management, its investment arm.  According to news reports, in mid-2016, GE sold its asset management arm, and the 401(k) part of its portfolio accounted for $485 million of the final sale price.  Was this done at the expense of its own employees?

If as alleged, this would have been a clear conflict of interest all the way, and GE may have violated fiduciary responsibility to its employees.

Here’s another example: The Teachers Insurance and Annuity Association, or TIAA,  is a manager of 403(b) retirement plans for about 5 million teachers, researchers, professors, nurses, police, and government employees.  On its website, TIAA lauds itself as a “different kind of financial services organization, known for our integrity.” That’s a direct quote.

But that image is now under scrutiny, with whistle-blower lawsuits by former TIAA employees who claim that the company promoted questionable financial products that brought in high fees but did not add value to client portfolios.

According to news accounts, here’s how it allegedly was done:  TIAA acts as retirement plan record-keeper to colleges, hospitals, and so on, and receives a record-keeping fee.  But it makes most of its money when investors buy mutual funds and annuities managed by TIAA—and conflicts occur when TIAA pushes investors into its own higher-fee funds.

Moreover, as alleged in the lawsuit, to gain clients’ trust, TIAA put-up a nice façade of “doing-right-by-its-clients” by saying that its sales staff offered unbiased investment advice because they weren’t paid commissions—but TIAA rewarded its sales staff with annual bonuses, which were really backdoor commissions tied to the fees they helped generate.  In addition, whistleblowers allege that TIAA set high sales targets and encouraged staff to play on customers’ fears of not having enough money in retirement.

If so, such behavior is a clear violation of fiduciary standards!

GE and TIAA aren’t the only ones alleged to be violating their fiduciary obligations.  The same behavior may be occurring within the tight-knit asset management community.  As a result, there has been a virtual tsunami of 401(k) lawsuits filed by employees against companies of all sizes including names like Morgan Stanley, Boeing, Caterpillar, Kraft Foods, and also against some of America’s most respected universities:  Yale, Vanderbilt, NYU, and many more.

No Fiduciary Requirement For Brokers

What’s alarming here, too, is that some of these asset managers may not have been acting as fiduciaries even though they controlled hundreds of billions of dollars in the 401(k) and 403(b) accounts they managed.  This is quite different from investment advisers who are obligated to act in their client’s best interests.

ERISA, which was a law created many years ago to control activities in the retirement market, subjects financial advisers (investment advisers and broker-dealers) working on retirement accounts to put their clients’ interests first and not use bonuses or other adverse incentives to harm investors.  In addition, in a 2015 case (Tibble v. Edison International), the Supreme Court ruled that “the duty of prudence involves a continuing duty to monitor investments and remove imprudent ones under trust law.”  In other words, a plan sponsor’s fiduciary responsibility to its workers is ongoing.  It isn’t enough to choose investment options once and be done; instead, the company has to monitor investment options continually and remove those that are underperforming or unsuitable for its plan participants.

These lawsuits may force a change in practices for the better, and investors today have more transparency, more fund choices, and more accountability.  A larger burden of selecting funds has also been placed on employees, making it all the more important to seek investment advice from a  fee-only financial advisor who can help you make sound investment choices, monitor annual portfolio performance, and re-direct funds to enhance returns if needed.

The one thing I want you to do is to check your retirement accounts, look at your investment choices, look at fund performance over time, compare it to similar funds, compare fees, and see how well your 401(k) is working for you.  If you find discrepancies, contact your financial planner and have them take a critical and comparative look at your account. Any red flags may necessitate legal advice from a reputable securities lawyer.  Initiating change is hard, it takes courage, but we all have to do our part to make this a better world, at least as far as it concerns our own retirement savings!

Disclosure
Investing involves risk and investors should carefully consider their own investment objectives and never rely on any single chart, graph, or marketing piece to make decisions. The information contained herein is intended for information purposes only, is not a recommendation to buy or sell any securities, and should not be considered investment advice. Please contact your financial advisor with questions about your specific needs and circumstances. There are no investment strategies, including diversification, that guarantee a profit or protect against loss. Past performance doesn’t guarantee future results. Equity investing involves market risk, including possible loss of principal. All data quoted in this piece is for informational purposes only, and author does not warrant the accuracy, completeness, timeliness, or any other characteristic of the data. All data are driven from publicly available information and has not been independently verified by the author.
Sources:

The 401(k) Participation Rate Is Shocking 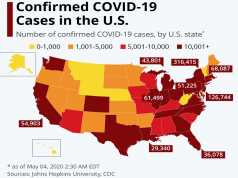 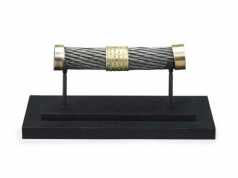