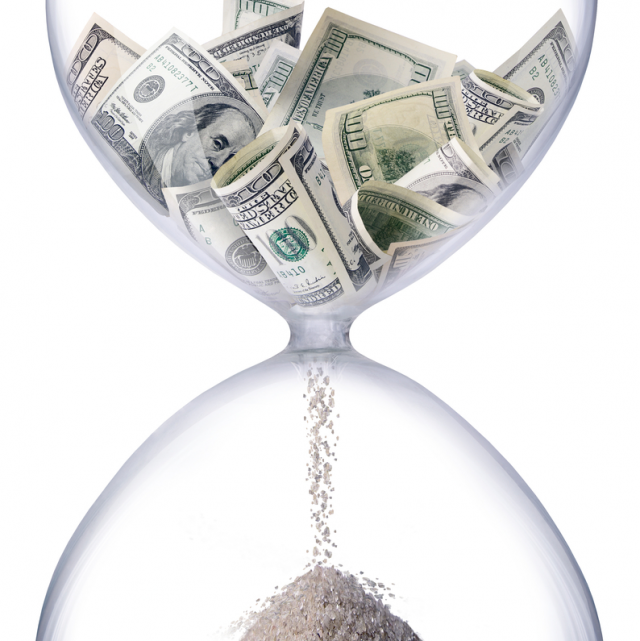 On August 17, 2015, the S&P 500 Index was slightly above 2,100. Then in just one week, by August 25, the index had dropped like a stone – down 11% – to 1,867… and it’s been very volatile since then. For example, last Friday – on October 2nd – markets were initially disappointed by a weak jobs number and the Dow was down 250 points but then traders thought this might delay a rate hike by the Fed and stocks reversed earlier losses and ended the day up 200 points… an intra-day move of a whopping 450 points on the Dow… then rallied another 300 points on Monday.

This turmoil has racked financial markets for the last two months and has stoked fears that the six-year-long bull run may be coming to an end – and with it, hopes for a continuing economic recovery.

And for tens of millions of Americans who own stocks in retirement savings plans, the prospect of suffering through a horrendous market decline like the 2008-09 plunge is chilling. Retirees, in particular, may rightly figure that they don’t have time to endure another round of deep paper losses and have the luxury of waiting for a rebound. For businesses, a severe slump in share prices could sap confidence and corporate spending.

Yet, as Tom Petruno of the Los Angeles Times points out, many Wall Street pros warn against jumping the gun because while major stock indices are down – about 9% from their peaks – the drops are far short of the minimum 20% drop that would be considered a new bear market, and just a sliver of the 57% crash of 2008-2009.

Even so, the simple nest egg advice that has worked well for six years — “just leave it alone” — may not suffice for some investors. The forces weighing on stocks, including global economic fears, weak corporate earnings and expectations of rising U.S. interest rates, haven’t diminished.

So this is a good time for a financial reality check to better prepare yourself for whatever markets bring:

First, realize that you have time to act. If this is a bear market, it’s early. Many individual stocks in industries including biotech, energy and heavy machinery have fallen more than 20% from their 2015 highs. But that has been offset by much more modest losses in sectors such as utilities, home builders, food, defense and technology.

As a result, most well-diversified portfolios haven’t yet given up much, on average. The typical mutual fund that owns a mix of U.S. large-company stocks was down about 7.5% in the third quarter and is down 6.5% year to date, according to Morningstar – so that’s far from doom and gloom, especially after spectacular gains of about 70% or so over the past five years on the S&P 500… so most of the gains investors made in U.S. stocks since 2009 are still intact.

Bonds are providing a buffer. Millions of people invest via so-called target-date retirement funds in their 401(k)s or other savings plans. These target-date funds typically hold a mix of stocks and high-quality bonds. This year, many of those bonds have generated modestly positive returns that have helped offset the funds’ stock losses. So, as an example, the average target-date fund designed for someone expecting to retire between 2026 and 2030 is off 4.6% year to date… which is a bummer, but not crippling. And for investors who want to keep things simple, the old 60/40 mix of stocks and bonds could still serve you pretty well.

Moreover, not every scary stock market sell-off becomes a bear market. In fact, most don’t. Since this bull market began in March 2009 there have been seven declines of 7% or more in the S&P 500, excluding the current slide… but only the sell-off in 2011 came close to the bear market threshold when the index dropped 19.4% before quickly rebounding.

Yet, the drum beat for a bear market appears to be getting louder day by day.

One popular argument for a new bear market is simply that the current bull market is old. At 78 months, we’ve now had the third-longest bull run since 1930 – which is pretty incredible stuff… but you know what they say… bull markets “don’t die of old age alone.” Instead, it takes fundamental problems such as soaring interest rates, runaway inflation or severe economic weakness to kill off bull markets.

And as many of you know, most important U.S. economic indicators still point to growth. Consumer spending rose 0.4% in August, car sales soared in September, and the economy is still creating jobs.

Storm Clouds on the Horizon… But Could Dissipate

But there is an uptick in bad news too. Fewer jobs were created in September. And corporate profits appear to be moderating after solid earnings growth over the past few years – which of course could reduce earnings and drive stock declines.

One major drag on profits is the plunge in energy-sector earnings caused by the collapse of oil prices. But profits have also have weakened for companies in other industries.

The struggling global economy is also depressing profits. Europe and many developing economies have been stuck in low gear, or worse. That has led to the devaluation of foreign currencies against the dollar and led to tougher competition for U.S. exporters, squeezing their earnings.

Also… U.S. stocks aren’t cheap by classic measures. For example, the S&P 500 now is priced at about 18 times estimated 2015 earnings which is above its 10-year average of 17 times earnings. And some analysts say that amid rising global uncertainty, the average price-to-earnings ratio could fall closer to 15 times earnings rather than 18.

Now no one has a crystal ball, but you can adopt a game plan to help protect yourself. The decision on whether to cut back on stocks in your portfolio should depend on when you’ll need those assets. For younger people, bear markets are a gift because they allow them to buy low. But people who are nearing retirement and plan to tap their nest eggs sometime over the next five years or so will need to focus more on capital preservation… on having enough cash and other liquid assets to handle living expenses during three to five down years in the stock market — to avoid having to sell low.

Younger investors may also want to increase their cash levels… to buy if the market goes lower, because there most likely will be some great investment opportunities in the next three to five years.

But most importantly, whatever decisions you make about your portfolio should be part of a plan. Think not just about getting out of an investment, but at what point you’d get back in, or into something else. You plan doesn’t have to be fancy — you just need to have thought it through.