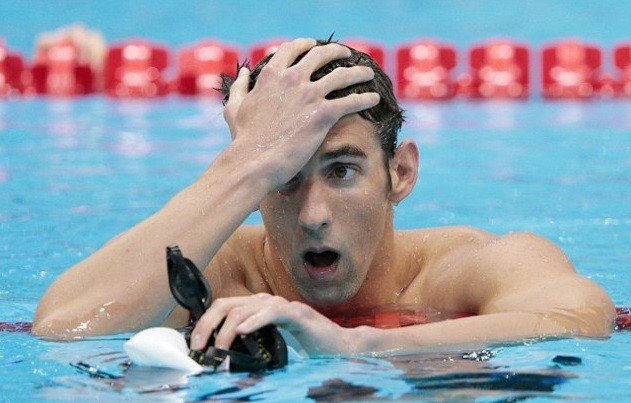 If you work for a living, you know that your wages are taxable. You probably also know that most forms of investment income are taxable. But the IRS doesn’t stop there. If you’ve picked up some extra cash through luck, athletic skill, or even criminal activities, there’s a good chance you owe taxes on that money as well. So here are nine things that you may not know are taxable:

(I realize that many items on this “list of taxable” will not apply to most of you, but it’s still a fascinating list nonetheless.)

In February 2013, a couple was walking their dog on their own rural property in northern California when they discovered six cans filled with 19th-century gold coins. Imagine that, what luck!  They literally stumbled onto a mini-goldmine! Turns out, the coins were valued at up to $10 million and put up for sale privately and on Amazon.com. (Check it out if you’re interested in buying a few old gold coins.)

The couple has wisely chosen to stay anonymous, but they won’t be able to hide their good fortune from the IRS, which says that “Found Property” that was lost or abandoned is taxable at its fair market value in the first year that it’s your undisputed possession. That means the couple will have to pay federal taxes of 39.6% on their windfall, plus California state tax of up to 13.3%.

In case you’re interested, the precedent for the IRS’s “treasure trove” rule dates back to 1964, when a couple discovered $4,467 in a used piano they had purchased for $15. The IRS, of course, immediately jumped on this and said the couple owed income taxes on the money and a U.S. District Court agreed.

Educational, Research, and Other Forms of Scholarships.

This is one that more of you are likely to encounter, and here’s how it works. If you receive a scholarship to cover tuition, fees, and books— you know, core educational expenses—you don’t have to pay taxes on the money. But if your scholarship also covers room and board, travel, and other expenses, that portion of the award is taxable.

Likewise, students who receive financial aid in exchange for work, such as serving as a teaching or research assistant, must pay tax on that money, even if they use the proceeds to pay for direct expenses, such as tuition and books.

This is one I am hoping none of my listeners have to worry about. If someone—clearly not you, my listener—robs a bank, embezzles money, or stages an art heist, the IRS expects them to pay taxes on the proceeds. As the IRS puts it, “Income from illegal activities, such as money from dealing illegal drugs, must be included in your income on Form 1040. Bribes are also taxable”.

Now, in reality, I don’t see any criminals reporting his or her ill-gotten gains on their tax returns. But, if caught, the feds can add tax evasion to the list of charges against you. That’s what happened to notorious gangster Al Capone, who served 11 years for tax evasion because he never filed a tax return on his ill-gotten gains.

Here’s one that could apply to some of you. Despite the tagline,  “What happens in Vegas, stays in Vegas”, it doesn’t necessarily stay in Vegas. Gambling income includes winnings from lotteries, horse races, and casinos. The payer—the casino or the lottery operator, say—is required to give you a Form W2-G (which they also report to the IRS) if you win $1,200 or more from bingo or slot machines, $1,500 or more from keno, over $5,000 from a poker tournament, or $600 or more at a horse track. But even if you don’t receive a W2-G, the IRS expects you to report gambling proceeds on line 21 (other income) of your 1040.

The good news, on the flip side—and something that could apply to more of us—is if you itemize deductions when filing your tax returns, gambling losses are deductible, but only to the extent of the winnings you report as income. For example, if you won $4,000 last year and had $5,000 in losing bets, your losses cancel out your winnings, but you don’t get to deduct the additional $1,000 loss against other income or carry it forward.

This is one I feel should not be taxed. With the 2016 Olympics now on in Rio de Janeiro, along with a medal and a bouquet, U.S. athletes who win top honors at the Rio Olympics will get a check from the U.S. Olympic Committee: $25,000 for gold, $15,000 for silver, and $10,000 for bronze. That’s really not a lot of compensation for the many years of perseverance and sacrifice, and for the glory that athletes bring to the U.S.

Even so, that prize money is taxable by the IRS. Athletes who can demonstrate that their participation in sports is a business can deduct their expenses, such as for travel, training, and equipment, against that income.

Legislation to exempt Olympic and Paralympic winnings from taxes cleared the Senate in July but has stalled in the House. New York Sen. Charles Schumer (D) has urged the House to take up the bill. “Most countries subsidize their athletes,” Schumer said. “The very least we can do is make sure our athletes don’t get hit with a tax bill for winning. After a successful and hard-fought victory, it’s just not right for the U.S. to welcome these athletes home with a tax on that victory.”

Another one that could apply to more of you. Your winning football (or baseball) team may be imaginary, but if your brilliant lineup helped you win real money, it’s taxable. If you won $600 or more and played through a commercial Web site, you should receive a Form 1099-MISC reporting your earnings. The IRS will receive a copy of this form, too. Even if you won a private fantasy league among friends, your winnings are considered taxable.

The rules for fantasy football fortunes are the same as those for gambling income. You can deduct your losses (entry fees in leagues you didn’t win) against your gains, as long as they occurred in the same year.

Now here’s one that tells you the IRS doesn’t leave out ANYTHING. They even tax you on payments you receive for donating eggs. Every year, thousands of young, healthy women donate their eggs to infertile couples. Payments for this service generally range from $5,000 to $10,000  and are deemed taxable income by the IRS. Fertility clinics typically send donors and the IRS a Form 1099 documenting the payment.

The Nobel Prize or Other Honors

Here’s another one I think should not be taxed. Money received as part of The prestigious Nobel Prize honor carries a cash reward of $918,000, and the IRS wants you to pay taxes on it. In addition, they want a slice of other awards that recognize your accomplishments, such as the Pulitzer Prize for journalists. The only way to avoid a tax hit is to direct the money to a tax-exempt charity before receiving it. That’s what President Obama did when he was awarded the Nobel Peace Prize in 2009. If you accept the money and then give it to charity, you have to pay taxes on some of it because the IRS limits charitable deductions to 50% of your adjusted gross income.

Gifts from Your Employer

Ordinarily, gifts aren’t taxable, even if they’re worth a lot of money. But if your employer gives you a new set of golf clubs to recognize a job well done (or to persuade you to reject a job offer from a competitor), you’ll probably owe taxes on the value of your new irons.

To conclude, I’m sure some of these taxable items could apply to you, so make sure you report them to the IRS. And remember the golden rule.  The onus is on you to report everything you earn, even if you don’t receive the requisite paperwork from the source that pays you, such as your casino. Not reporting all your income is a very serious crime that can land you in jail, so please don’t take this lightly. Be certain to report all your sources of income. And, if you’re in doubt, ask your accountant or write to the IRS for clarification.

Thank you, Kiplinger, for this fun insight. 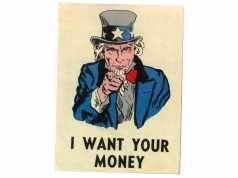 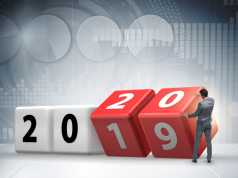 It’s Not Too Late! These Year-End Tax Moves Will Save You The Most 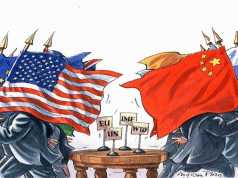