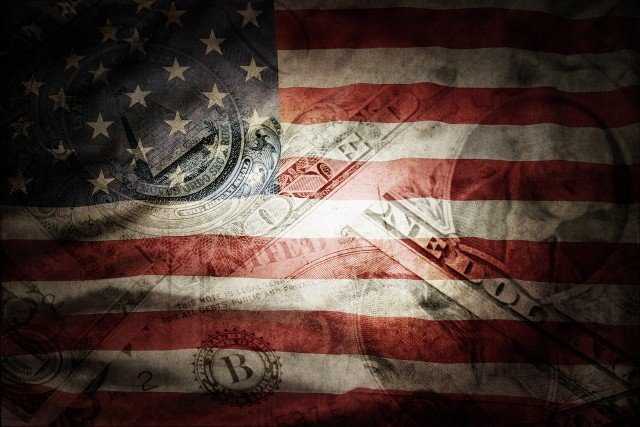 Interest rates are a key indicator of economic strength and impact everything from what we spend to how business invests for the future, how many of us are employed, and a whole lot more. Movements in interest rates are strongly influenced by the Federal Reserve Bank, and these movements strongly reflect the Bank’s expectations for future economic activity and business profits. As a result, interest rate changes widely influence the stock market and, therefore, your investment portfolio. So it’s important that investors be broadly aware of changes in interest rates— which is what I plan to talk about today.

S0, just to re-cap: Following the housing and banking collapse in 2007, the Federal Reserve quickly ratcheted down the interest cost of borrowing money by lowering the Fed Funds rate from 5.25% in June 2006 to near zero by December 2008—as I am sure many of you remember—and have held rates at rock-bottom for seven long years, setting up the loosest monetary period in U.S. history! By loose, I mean that there is plenty of money available at low-interest rates to borrow.

Then, finally, on December 16, 2015, the Federal Reserve raised the Fed funds rate by a quarter of a percentage point on sure signs of a strengthening U.S. economy. The Fed seemed sure the economy could easily withstand the small quarter of a percent rate hike, and they were right. Shortly after that, economists widely expected the Fed to raise rates by a quarter percentage point every quarter for the rest of 2016, with the next hike expected on March 16th. But as U.S. and global financial markets weakened in the first quarter of 2016, the Fed decided to pass on the hike.

Then at its two-day policy meeting two Wednesdays ago, the Federal Reserve decided not to raise interest rates—which led to a nice rally on Wall Street.

So what does the Fed’s decision to hold off on a raise tell us about the strength of our economy and on what to expect for stocks for the rest of the year? Well, for one, Fed policymakers believe the U.S. economy is going to grow at a slightly slower pace in 2016 and 2017 than previously anticipated, but that’s really not all bad news for investors. In fact, the Fed’s guidance actually soothed the markets because the Fed acknowledged global economic weakness and clearly said it would maintain its “loose” policies so as to not risk weakening our economic recovery.

So here are five key takeaways from the Fed’s recent decision to stand pat on interest rates.

U.S. economic growth did slow down at the end of 2015 (which raised fears of a recession) and financial markets tumbled in January and February amid concerns of slowing growth in China and elsewhere in the world. The Fed recognized this turmoil and its possible impact on U.S. and global business sentiment, so it decided to hold off on the previously signaled rate hike for March.

Instead, the Fed opted to proceed cautiously to give itself time to verify that the labor market continues to strengthen, while the U.S. economy continues to expand at a moderate pace, and households continue to increase their spending. Also, low inflation, softness in exports, and softness in business investment caused the Fed to hold back on raising rates, and I think it was prudent for the Fed to keep rates low because doing so bolsters business and consumer confidence which acts like a tailwind that helps our recovery along. The last thing we need right now is a hindering head-wind.

On March 16th, the Fed also signaled that there would be no more than two small rate increases this year, half of the four they had earlier estimated. Rates now will likely rise in two hikes of 0.25% each, so expect a jump of about 0.50% in 2016. Fed watchers now expect a rate hike in June. This means consumers and businesses should expect only modest increases in borrowing costs in 2016. So as a consumer, think about a rise in new mortgage rates or in Home Equity Loans.

The Fed’s comments also suggest that the U.S. economy continues to be strong relative to other major world economies. So, while global turmoil led Fed officials to slightly lower their projections for economic growth this year— to 2.2%—our labor market continues to remain strong, and unemployment is expected to drop to 4.7% by the end of the year, down from 4.9% in February of last year. This drop in unemployment is good for the economy because it means stronger spending which helps everyone. It also portends a rise in wages, which again is good for everyone.

The Fed remains wary about inflation, and it is their main mandate to keep inflation under control. The Fed’s inflation measure showed that core prices were up 1.7%, which is still below the 2% level that Fed policymakers believe is ideal. That means they are concerned that inflation remains too low, which is another reason the central bank was concerned that raising the interest rates too soon could squash economic progress. So, take note, inflation is rising, but at a subdued rate, which seems like a good thing to me, but Fed chair Janet Yellen isn’t sure that the increase is long-lasting.

The Fed is also concerned that despite the sharp drop in unemployment, wages haven’t really risen, which points to signs of lingering weakness in the labor market. Moreover, the February jobs report showed a disappointing drop in average hourly earnings—the largest drop since 2014—and this weakness in wage growth also kept the Fed from raising rates.

So, in a nutshell, I think it’s great that the Fed decided to hold off on raising rates because it keeps borrowing costs low for U.S. businesses and consumers, boosts consumer sentiment, and gives our economy more time to gain strength. Moreover, the Fed has made it clear that it will keep these loose policies for a while and pull no surprises. It has also said it will give clear signals before the next rate hike. Bottom line? Right now this is good for stock prices which could rise for the rest of the year barring unpredictable events.

So, if you’re in the market, continue to invest regularly because stocks are still the best place for returns on investments in the long run.