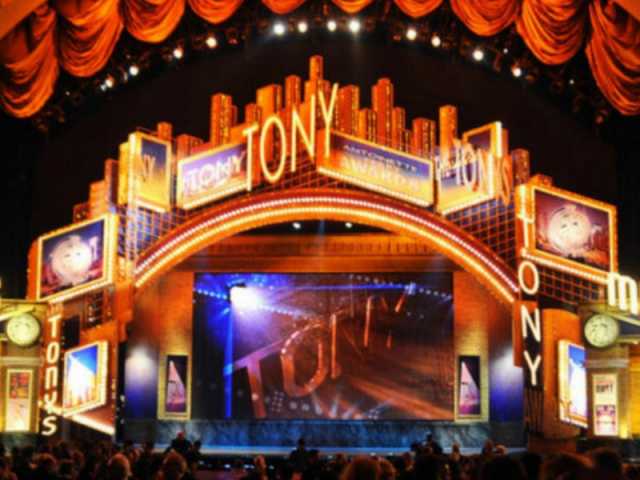 Welcome Back to Part 2 of “Steve Goes to Broadway.”  This is where I’m operating in a brand-new arena and sharing my experiences with you.

Okay, so here’s the latest:  I’m really not a Tony Award Show watcher, but this year I decided to watch. Now that I’ve made my investment in a new show, I have some skin in the Broadway game. As you may remember, I’m investing in a new show created by Producer Ken Davenport, who I interviewed recently. I had no plans to do anything other than the interview, but after learning more about the investment process, I decided to take a chance.

So now we’re watching the Tony Awards and, lo and behold, one of Ken’s shows is up as one of the nominations for Best Revival of a Musical. The show is Once on This Island, and it was competing against the likes of My Fair Lady and Carousel—two incredible heavyweights.

And I’m thinking, holy cow, what’s going on here? I didn’t realize it, but I guess I’m starting at the top of the food chain. Maybe I have picked the right horse for the next race. We’ll see because, of course, you can back a great horse, but it doesn’t mean it’s going to win the next race. Ken’s next show, the one I’m invested in, is opening on Broadway on August 13th. The name of the show is Gettin’ the Band Back Together. So I’ll be there for opening night and the after party as well, which is one of the perks of being an investor.

So now I’m thinking what is this world of the Tony Awards? The little I know about Broadway is that for anyone to perform on Broadway is a laudable achievement—years of practice and fine-tuning your craft and a competitive environment of talent vying for a relatively small number of roles. It’s one tough business. And I think the audience knows this, and they know when they go, they will see top actors of the day. And I think it’s subtle, but the audience also knows there’s a little danger to the process.  Actors perform the show from beginning to end with no retakes or stopping at all, constantly testing their stamina and skills night after night.

And that comes across to the audience like a potent blast of energy and spectacle. Add music, and sometimes it’s something that stays with you for the rest of your life.

Then I remembered I actually know a Tony Award winner, so I called her:

(Audio of Karen Ziemba in italics)

Karen Ziemba: I’m Karen Ziemba, Tony Award Winner for best-featured actress in a musical for Contact at the Lincoln Center Theatre.  My Broadway debut was in the original run of A Chorus Line, and I did the original run of 42nd Street, and then I went on to do Steel Pier, Crazy for You, Chicago, Never Gonna’ Dance, Curtains, I did As The World Goes Round off-Broadway.  So, quite a few!

So I started asking her questions. I was wondering who is actually voting? Is it a small, New York-based community or is it any larger?

Karen Ziemba: “Well, there is a smaller community of voters within the New York community, but the people who put on these shows all over the country, in their theaters, in all those different states, are also Tony voters because they have a stake in what they will show in their new seasons. So they have something to say too.”

So I wondered if there are any considerations not necessarily related to that year’s nominees?

When you are on Broadway, the people see your work, and they appreciate what you do if you do good work, and it gets noted. And it’s accumulative; it’s like any other kind of profession, you don’t just jump on the scene and become the kingpin unless you inherit it all.

If you’re working to get somewhere in any business, you have to prove yourself and keep up your reputation and always show up and be productive and also be fun to be with.”

Does the Tony change your career?

Karen Ziemba: “I definitely had five names, you know, “Tony Award-winner Karen Ziemba” whenever I would do any kind of like a gala or a lecture or—that’s the way in the theater they would introduce you. But other than that, there’s a type of respect and validation that you have.”

You’re a winner. It’s a very competitive business and very hard to thrive in it, and if you reach the top and you’ve gotten a Tony, it’s absolutely a shorthand statement of all of the things you’ve accomplished in your career.

Karen Ziemba: “It definitely is a boom in many ways, yeah.”

Ok, so let’s get to the money side. The profession. What is required to make a good living in this industry for the journeymen and women who don’t achieve superstar status?

Karen Ziemba: “Well, when you’re an actor in the live theatre, it doesn’t mean you’re only working on Broadway. So you may get into a Broadway show that runs for a long time.

I did Crazy For You at the Schubert Theater on Broadway for over two years. I did Contact for almost two years. I did Chicago for a year and a half. So these are nice long-running shows that are great to be part of because you get sort of a purpose in life every night.

And it also is monetarily much better because they pay better on Broadway because of the amount of ticket sales and the amount of people that are actually coming to see you help pay your salary.”

So you have an agent that’s out there looking for opportunities for you?

Karen Ziemba: “Yes, that’s true and also people will just call me directly and say, hey, what are you doing? Can you do something at Feinstein’s 54 Below, cabaret, sing a song for this…we’re doing this tribute to Barbara Cook, which I’m going to do on Sunday. And I said, absolutely, I’m there because I loved her and I loved the music she sang. And so myself and a bunch of wonderful vocalists are going to be performing on Sunday in a tribute to Barbara Cook.

And so that’s a job that I’ll do where I’m working on my singing and with a bunch of people that I really love, and yet, it’s not monetarily, necessarily—you’re not doing it to get rich. You’re doing it because you love what you do and this is what I do for a living. And sometimes, you’re making a $1.99 and sometimes you’re making a lot more.”

I wondered if she still has to audition even though she has won a Tony and is well-known in the industry for her acting work on Law and Order, for example.

Karen Ziemba: “Yes, I don’t audition all the time. People will offer me, for example, I’m doing a play in September, an off-Broadway production of George Bernard Shaw’s Heartbreak House at the Lion Theatre on 42nd Street. And somebody asked me to play one of the roles in that play, somebody’s who had seen my work and likes working with me—the director, David Staller. And then there might be another big musical that’s being directed by somebody from the UK who doesn’t know me from Adam and wants to hear me sing and hear me read some of the scenes from the show, for something new.

It runs the gamut. When I audition for television and film, I always have to audition because they want to put you on camera, they want to see you walk in the room, see if you’re the right person for the role.”

You were on CSI, right? You’ve done episodes on CSI, was it?

Karen Ziemba: “I know they’re all like SVU, Criminal Intents, CSI, Elementary, The Good Wife, Madame Secretary, many of the New York series I have been on, yeah.”

And then there’s the question of risk. Ken Davenport says 1 out of 5 shows makes money. I wondered if she agreed.

Karen Ziemba: “Every once in a while, you get into a hit show, which is a surprise, and you just run with it and thank your lucky stars, and it’s just so exciting. And then there are some that you love being part of, you love your company, and yet for whatever reason, the timing of it didn’t catch on.”

Karen Ziemba: “I did a show with a score by Kander and Ebb back in the late 90s called Steel Pier which had a really beautiful score by them, but Kander and Ebb were up against their own show Chicago, the revival of Chicago. And it was hard to beat that show because it was so timely with the OJ Simpson trial and everything, it was just a perfect time to revive Chicago, and they did a fantastic revival of it.

And so, anything up against that was going to be lesser than or kind of put on a back-burner.”

Interesting! For my next Broadway segment, I may be reporting just back from my opening night experience and after-party shenanigans—if there are any. So long.