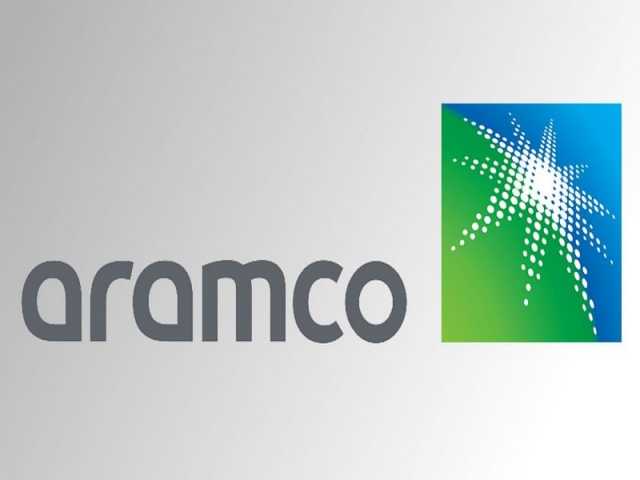 Everything on earth requires energy to function. Natural or manufactured, every energy source plays a vital role in helping life in the 21st century to function. And now for decades, we’ve been actively chasing down new sources of energy, in order to find the best and most cost-efficient—and more recently—the “cleanest” sources of this power.

There is no doubt now that the market for these products for power has irreversibly moved into a new era of clean energy. Analysts and scientists are increasingly pushing the notion that the choices and decisions we make when it comes to energy are drastically affecting our planet, our resources, and, ultimately, our survival.

So what does all of this mean for the oil industry, long the bedrock energy source?

A Little History Of Black Gold

Let’s take a little history tour. We know today that the oil industry, while incredibly popular and economically crucial, isn’t the most environmentally friendly. But, let’s back up a bit. For centuries, humans lived in an agrarian age. People burned wood to warm themselves, cook their food, and as a general source of energy.

Wood then became an energy source for steam engines when they entered the scene at the beginning of the 18th century. We realized quickly, however, that coal was a more efficient energy source that could be burned to power these steam engines. As a matter of fact, coal produced around four times the amount of energy of wood and was far cheaper and easier to transport.

By the middle of the 20th century, environmental concerns over the burning of coal plus the introduction of better technology combined to move us away from coal toward oil as our primary energy source. Oil was supposedly first discovered in 600 B.C. in China. (Did those guys find everything first??) But it was a couple of guys in Pennsylvania: Colonel Edwin Drake, the first American to successfully drill for oil, and Samuel Kier, who built the first oil refinery, who get a large share of the credit for the founding of the modern oil industry.

Then there was this relatively obscure, fiercely devout Baptist gentleman notable for his total abstinence from alcohol and tobacco, John D. Rockefeller, the founder of Standard Oil Company in 1870, which at one time controlled more than 90% of all the oil in America. The rest—Exxon, Shell, Phillips 66, Texaco, BP, and the OPEC oil cartel—as they say, is history.

With oil’s widespread use and production in the U.S., it has become the beating heart of international economics and geopolitics. Oil is responsible for fueling the world’s economies and culture, powering a culture of consumerism and mobility enabling people to move out of the cities and expand into the rest of the country while driving amazing technological advances to boot.

Of course, all of this has come with a downside. The biggest part of the modern oil story, which is no secret or surprise, is the increasing concern about the environment and the vocal outcry to move toward using cleaner energy.

This brings me to the purpose of today’s topic. This month, in what may turn out to be the largest IPO in history, Saudi Aramco, the company which produces a whopping 11% of the world’s oil supply (about 10 million barrels per day) is ready to begin floating shares to the public.

Aramco’s valuation is pegged at over one trillion dollars, according to a recent article in The Economist, which suggests that, once it becomes a public company, it may surpass Apple as the world’s most valuable publicly-traded company.

So, what is the current strategy of this oil industry giant?  Well, according to the article, Aramco appears to be positioning itself to be the “last man standing” in the oil industry, no matter what the future holds.

Oil companies are well aware of the inevitable energy transition away from fossil fuels and have started crunching the numbers. Many analysts are predicting that, over the next decade, oil production—currently around 95 million barrels per day—will peak and then flatten out or possibly begin to decline. There has always been this idea of “Peak Oil” which was a term coined in 1956 that at some point the amount of oil available to us will have peaked and will then start to decline. The idea is that oil is a finite resource and wells will begin to run dry en masse.

Whether that’s true or not, it is clear that alternative sources of energy will be necessary in order to prevent significant environmental disaster.

So, a decline in oil production is a very real possibility because climate change advocates claim that by 2050, oil output has to drop to somewhere in the neighborhood of 50 to 70 million barrels per day in order to avoid unacceptable rises in temperature worldwide. Oil executives, for the time being, continue to tout oil as an “indispensable” source of energy. And they’re right, but they can see the handwriting on the wall, for example, as there is a neverending tightening of rules on carbon emissions.

A noticeable change in the industry is that there seems to be a reluctance to sink large amounts of capital into long-term projects, with some companies significantly favoring short-term projects.

So, the demand curve will most likely move toward a decline in consumption. In the transportation industry, for example, it will be easier to shift away from oil as, eventually, cars and trucks will switch over to electric engines. However, it’s not that simple because finding a substitute for oil in areas such as plastics or petrochemicals is much more difficult. It’s complicated.

One possible picture of the future emerges, and this is where Aramco might fit the bill. It is where a powerful, low-cost producer might dominate a retreating but still important industry. This is typically the way companies can still do well even when their market is declining. The market will be dominated by the most financially sound, lowest-cost producer and, in this case, the most environmentally efficient producer which will supply the world’s dwindling demand for oil.

In that picture of the oil industry’s future, Aramco has positioned itself perfectly. It spends a bare minimum, just $3 a barrel, on extraction, one of the lowest figures in the industry. It also checks the box on lowest possible emissions. It’s expanding its operations in petrochemicals and has its sales force focused on acquiring customers in Asia, a large area of high oil demand, where demand is likely to taper off at a slower pace. Saudi Aramco’s pitch to investors is that even in a bleak scenario for the future of the oil industry, it has the ability to weather the storm better than nearly all its competitors. All of this, of course, remains to be seen.

The Implications Of A Waning Oil Industry

Obviously, while everyone on the planet benefits from preserving the environment, the potential decline of the oil industry carries significant dangers for both the energy markets and for world politics so writes The Economist.

The Energy Markets: In a perfect world, supply and demand would dwindle down together, making a relatively smooth transition from oil to other energy sources. But the likely reality? The oil industry is worth a cool $16 trillion in capital and provides around ten million people with jobs. There’s just no way that winding down an international industry that big happens smoothly. Extreme price volatility, at some point, is almost inevitable. New levels of risk from either accidents or terrorist attacks will arise as the number of operating oil fields shrinks.

Political Implications: Across the world, at least 25 countries are significantly dependent on income generated from oil for the well-being of their economy. And to make matters worse, some of those countries, such as Brazil and Venezuela, are already standing on very thin economic ice. The U.S. is on the hook too. Around 40% of our country’s energy needs are met by oil, and the recent fracking boom is bringing in even more profit. The big problem here, however, is the fact that fracking is incredibly dirty and requires a higher per-barrel charge just to break even. The fracking industry, having just hit its stride, may start to shrink right along with the oil industry. Of course, that could put the U.S. right back in a situation it does not like—namely, that of being dependent on foreign energy sources.

The one thing certain about the future of the oil industry is that major changes are inescapably on the horizon. Exactly what those changes will be and how they will unfold remain to be seen. But when you consider that the oil industry has long been the fundamental driver of the whole industrial revolution, the single industry that every other industry depends on in order to be able to operate, a watchword for its possible decline might be “brace for impact.”