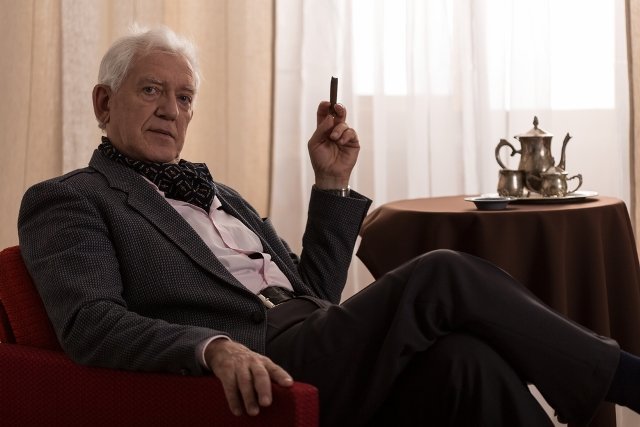 How To Retire Comfortably With Millions

A friend of mine recently sent me a video clip from Yahoo! It was a pretty simple clip and yet very powerful, so I thought I’d share it with you. The video featured two down-to-earth regular guys who spoke in simple terms about how much they earned and what they did to retire comfortably with millions in their bank accounts.

The first to speak – Doug Nordman, age 53. Doug and his wife spent 20 years in the U.S. Navy. Doug’s salary peaked at about $88,000 per year before he retired in 2002. His wife’s salary peaked out at about the same number – so together, these two were making pretty good money while saving as much as they could… and in their 30s, Doug and his wife realized that their savings were pretty substantial and were growing fast enough to almost replace their incomes.

Doug says his financial freedom came from saving a high percentage of their income or, as he puts it, “we tried to save as much as we could”. Most of the time, they’d reduce expenses and save over half of their income, and invest it regularly in “pretty much the boring mutual funds, index funds, exchange-traded funds that everybody should use for their retirement. Nothing special.”

As Doug prepared to retire from the Navy, in 2002, his investment portfolio had grown to a few million – and could support him and his wife without them having to take up civilian jobs.

Today, Doug and his wife live in Hawaii where he spends his time surfing and completing do-it-yourself projects around his home.

Doug says he and his wife have a lot of frugal habits that make them big savers. They plant a lot of fruit trees in their yard and have fresh fruit year-round, partly because the growing climate in Hawaii is really good year-round. They also do things like composting green waste and buying things second-hand from places like Craigslist and Goodwill, where –as he puts it – “you’re effectively recycling possessions that other people don’t want anymore, and you’re getting them for yourself at a much cheaper price than if you bought them new.”

He’s also chronicled his journey to early retirement on his web site, The-Military-Guide.com – it’s a pretty impressive website that offers all kinds of advice to military personnel… on finance, savings, loans, etc., … with general interest articles that we could all benefit from, so check it out.

The second person on the video clip – Ray Hinchliffe, Jr. Ray is now in his late sixties… and started his career started as a food clerk at A&P earning just $67 a week; he then shifted to Safeway, where he stayed for the next 30 years and moved up to Store Manager, making over $100,000 a year.

Ray found that the best and easiest way to save was by putting money away every week and every month from his regular paycheck and taking advantage of 401(k) plans and stock plans where the company would match the money he put into retirement or buying Safeway stock.

Ray says there were lots of things that he “wanted” but not a lot of things that he “needed”. To him, a used car did the same thing as a new car, and saved him quite a bit of money. Ray and his family would also save on vacations by going with other couples and splitting the bill, and – he says – that added-up significantly towards their savings.

Ray built a sizable nest egg – now several million dollars – under the guidance of his financial advisor, primarily through disciplined saving and following through on a simple plan with regular investments. He says one of the best things he did for his finances was purchasing a home as soon as he was able to. Today, Ray owns multiple properties and says he’s happy with a relaxing retirement.

So here’s their advice for people who want to retire comfortably.

stay on course with your investing aims. It’s like a boat. You set a course. If you have a good plan and you follow it, you’ll succeed and your investing will definitely pay a huge dividend.

Ray says “stay on course with your investing aims. It’s like a boat. You set a course. You go from one spot to another. If you get off course, needless to say, you don’t know where you’re going to end up. If you have a good plan and you follow it, you’ll succeed and your investing will definitely pay a huge dividend.” Wise words!

For these two millionaires, careful spending and savings, combined with wise investing were the keys to their retirement dreams. It’s not that hard really – it’s about staying the course; saving as much as you can and being frugal where it doesn’t hurt; taking advantage of matching company grants on 401(k)s and stock options; making regular investments week by week, month by month; and making long-term investments in things such as your primary home, and in investments such as real estate for rental income, if you can.

It also helps if you do not switch jobs too much and let your company’s 401(k) matching and vesting plans works their magic of compounding for you. Having a steady job, high savings, and low car, appliance or credit card debt also translates into better credit and lower interest rates for things like home mortgages or commercial purchases, and keeps expensive interest and late-fees at bay… so there’s a lot to be said for staying the course and sticking to a simple but sound financial savings plan without making life too complicated.