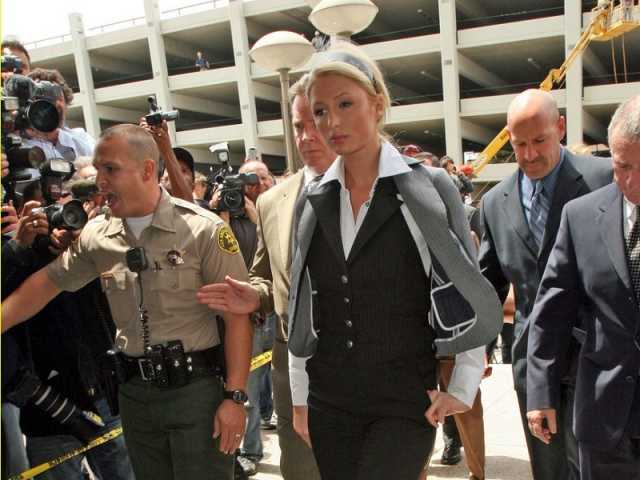 Ask anyone, and they’ll most likely tell you that they’ve dreamed of being famous at least once in their lives. In the early 2000s, Paris Hilton gave birth to the era of celebutantes—people who are famous for, well, being famous. This ultimately came back to hurt Paris because, according to celebritynetworth.com, “Gossip websites and tabloids ate up every move Paris made. Unfortunately for her, so did her grandfather, Barron Hilton, the successor to hotel magnate, Conrad Hilton.” Before 2007, Barron was all set to leave his $4.5 billion fortune to his family. That is, he was…until he got fed up with being embarrassed by Paris’ public antics.

The Hilton Hotel empire wasn’t built overnight. Barron’s father, Paris’ great grandfather, Conrad, said, “Achievement seems to be connected with action. Successful men and women keep moving. They make mistakes, but they don’t quit.” One talent Conrad seemed to have was impeccable timing: he bought the first of his hotels in Texas in 1919, perfectly coinciding with the state’s oil boom, which ensured that the hotel’s rooms were always booked and people were lined up around the block waiting to get in.

Conrad followed the first hotel with the Dallas Hilton and then bought three more between 1925 and 1930. The Hilton Hotel empire continued to expand over the next several decades, eventually becoming the first hotel chain to expand internationally. Conrad acquired such fabled properties as the Plaza and the Waldorf-Astoria in New York City. The Hilton hotel empire grew to include nearly 200 hotels in the U.S. and more than 50 abroad.

Barron took the reins of the company in 1966. When Conrad died in 1979, he left a small chunk of change to his nieces, nephews, and daughter, and half a million to his siblings. The rest was donated to the Conrad N. Hilton Foundation. Barron ended up fighting this, eventually settling for four million shares of the Hilton company.

According to Jerry Oppenheimer (Jerry wrote the 2006 book, House of Hilton, profiling the family), “Barron Hilton is embarrassed by the behavior of his socialite granddaughter…and believes it has sullied the family name.” Though these words didn’t come directly from Barron himself, his subsequent actions seemed to indicate that they accurately reflected his true feelings.

So, what exactly was Barron so upset about? For starters, Paris and her sister, Nicky, both had recorded sex tapes that got out into the public domain. On top of that, Paris was part of a rather scandalous reality TV show, The Simple Life, where she took part in ridiculous stunts with her friend Nicole Ritchie (adopted daughter of Lionel Richie). There was a wide-ranging assortment of bad behavior including a number of DUIs that left Barron feeling pretty jaded towards his granddaughter.

At the end of 2007, Barron announced a major change to his will. Initially, he was going to leave his $4.5 billion fortune to the Hilton family. But after several years of suffering embarrassment over Paris’ antics, he changed his mind and decided—ironically, much like his father had—to leave the bulk of his money to the Conrad N. Hilton Foundation. According to Michelle Nichols’ reuters.com article, ”Barron stayed true to his 2007 declaration and left 97% of his money to the foundation.” If you haven’t done the math yet, that means that each of the 24 family members received a measly $5.6 million. Sounds like a lot, right? And for any “normal” human, it probably would be. However, that number stings when you consider that prior to Paris doing her personal, ongoing tour of “Girls Gone Wild” each Hilton had stood to receive $181 million.

There’s more to the story though. (It seems like there always is with the ultra-wealthy.) While it hasn’t been 100% confirmed, numerous sources report that Paris herself was cut out of Barron’s will entirely. On a positive note, though, most of Barron’s fortune went to support many worthy causes. According to Nichols, “The Conrad N. Hilton Foundation supports projects that provide clean water in Africa, education for blind children, and housing for the mentally ill.” Barron’s father, Conrad, had written the following general direction for the foundation in his will: “There is a natural law, a Divine law, that obliges you and me to relieve the suffering, the distressed, and the destitute. Charity is a supreme virtue, and the great channel through which the mercy of God is passed on to mankind.”

Well, I guess the moral of this story is that if you don’t want to get cut out of a multi-billion-dollar family fortune, it literally pays to think about what you do and say before you do or say it.

Then again, Paris isn’t doing so badly. She landed on her feet well enough, making a name for herself and her own personal fortune, independent of her family’s money. Her 2004 tell-all autobiography, Confessions of an Heiress, became a best seller. She cut an album in 2006 that made it all the way to #6 on the Billboard charts. She’s appeared in several movies and TV shows, including her own reality show, The World According to Paris. As of 2019, there are 50 Paris Hilton stores worldwide, featuring her 19 product lines that include skincare products, handbags, perfume, and shoes. Paris’ personal net worth is estimated at $300 million. But unfortunately for her little sister Nicky, rumor has she is managing to struggle along on just $30 or $40 million.

I’m reminded of the famous line penned by F. Scott Fitzgerald, “Let me tell you about the very rich. They are different from you and me.” Well, I’m not so sure about that, but as an uninterested bystander of all this nonsense in the 90’s, I’m glad to see some virtuous values from those who have worked hard, had the talent, wit, and foresight and probably a fair amount of luck to amass a great fortune—and then turn around and give it right back to society. Bravo for Conrad and Barron.