Age brings us wisdom and hopefully, keeps us from repeating past mistakes—and that’s great! But age doesn’t always protect us from making mistakes in situations that we haven’t previously encountered.

So it is with our money.  Every new stage of life brings new financial strategies we should ideally follow. But at every stage, we find new ways to not follow those strategies, and these money mistakes cause us to lose out and jeopardize our financial security. Moreover, as the economy and demographics change, we can be assured that the mistakes we make will not be static… so the mistakes of current generations aren’t the same missteps that their predecessors struggled to avoid.

Here’s a closer look at some of the biggest money mistakes we make, decade by decade, and how to avoid them.

20s: Playing it too safe

Let’s begin with those of you who are in your 20s. I have often talked about the power of compounding and starting early with investing and saving. The first full decade of adult life—your 20s—should be about investing heavily. Yet, numerous studies show that today’s 20-somethings just do not take enough risks with investments to build up big returns.

For example, a 2016 study found that millennials tended to favor retirement accounts with little stock and more guaranteed income, choices that would bring skimpy returns over time. When asked why they chose such a conservative portfolio, participants said things such as, “I honestly know nothing about money right now,” and explained that a portfolio with a lower risk level seemed like the “best option.”

A majority of these millennials were selecting retirement portfolios more appropriate for employees nearing retirement, rather than those starting their careers. The best way to counter this classic money mistake is to recognize this as what we call “risk aversion” and, by knowing it, avoid it. So, instead of taking on the riskiest financial investments, millennials should look at options such as target-date funds, which start out with riskier allocations that gradually become more conservative.

More so than in previous generations, today’s 30-year-olds start making huge adult commitments such as getting married, having children, or buying a house.

Yet many go into that situation with heightened expectations and think they are entitled to the same standard of living they had when they left their parents’ homes for college and career.

But what 30-somethings forget is that it took their parents decades to build up to that stage. And their quest to replicate that lifestyle too early often leads to splurging on things like trying to live too large and beyond their means, which often leads to excess credit-card debt and excess spending, instead of saving, which means they miss out on the 8th wonder of the world: compounding interest. It would be wise for 30-somethings to focus on living prudently, saving, investing, and building up their nest eggs.

By our 40s, we tend to be about halfway through our working lives, just as bigger expenses enter the picture. Two of these, in particular, can be rife with error: the house and the children.

Many people spend too much on buying a home, often disproportionately more than they can afford, and then don’t work aggressively enough to pay off their mortgages. A bigger home comes with a bigger mortgage, higher property taxes, and higher maintenance and utility bills. You end up saving much less than you could, which can lead to less-than-optimal income in retirement because your nest egg suffers.

What you want to do instead is to ask yourself, “When do I want my mortgage paid off?” If you’re 40 and buy a big house, your 30-year mortgage isn’t going to be paid off until you’re 70. So even in retirement, when you may not have any income coming in, you may be forced to work just so you can keep your house—and working doesn’t get any easier as you age.  Seriously consider buying a house that you can afford and can pay off well before you hit retirement… so that it’s an asset you can count on, not a liability you have to keep paying for.

Others in their 40s find themselves spending too much on their children. The big cost, especially in the later years of the decade, is college. But even before that, expenses can get out of hand on sports, extracurricular activities, tuition, or private school. Make sure you don’t go overboard. As a rule of thumb, spend no more than 10% of your income on children’s expenses. In addition, here’s a neat little strategy: Instead of buying something for them, give them a strict allowance and train them to manage their own expenses. What you’ll find is that their demands for expensive things will fall and they’ll choose not to spend “their own money” versus your money. You save, and they get a valuable early life-lesson on living within their means— it’s a win-win!

Now here’s another twist. Supporting children carries more complications when people must also care for aging parents; it’s what financial advisers call the “sandwich” effect, which is different from in years past. That’s because many people had children later in life and have to care for kids at the same time that they may have to help older parents. In the past, people would marry early, have kids early, and there was usually more of a gap between when responsibilities toward children ended and care of aging parents began.

So plan your finances with everything in mind…and keep a lid on your spending.

50s: The difficulty of catching up

One nightmare scenario for many in their 50s is the realization that they may not have enough money stashed away for retirement. Adults now live much longer lives than they used to, and retirement funds now need to last up to 40 years and beyond.

These realities can be compounded by lifestyle creep. People in their 50s often develop lifestyles they cannot maintain in retirement and then struggle to pay for them in retirement. People tend to kick up their heels in their 50s when the kids are gone and they’ve paid for college, and they ramp-up their standards of living.

A different temptation for those who feel ill-prepared for retirement is entrepreneurship. Be it a lifelong dream or perceived necessity, more baby boomers than previous generations are trying to start their own businesses. While this can bring great rewards, such as an easier transition into retirement, it is often a very dangerous bet.

You’re putting all of your eggs in your human capital and often your savings, too. Sometimes your human capital (the skills you’ve developed throughout your career) may not be as valuable in the market as you think. Employment options and paychecks often shrink with age, therefore, as you hit your 50s, take more a conservative approach to your finances. And try to avoid panicking by a doing a “Hail- Mary” at this age.

60s and beyond: not delegating

As we get older, our personal balance sheets grow more complicated. But numerous recent studies on aging reveal an unpleasant truth: Our analytical abilities can’t keep up with the complexity. Since we’re living longer, that makes it even more likely that we’ll have to deal with cognitive impairment.

Based on how people at different age groups made a handful of financial choices, a recent study found that our peak financial decision-making age is 53.

Yet most people overestimate their capabilities and fail to delegate important tasks as their capacities diminish, potentially leading to mistakes such as not reading the fine print on investments. It’s important to delegate financial responsibilities before cognitive degeneration sets in—in the 50s or 60s, instead of the 70s or 80s.

So… stay ahead of your age curve and keep yourself financially informed at all times. 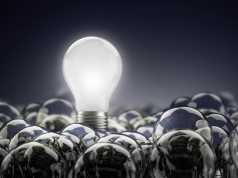 Can Genius Be Mass Produced?