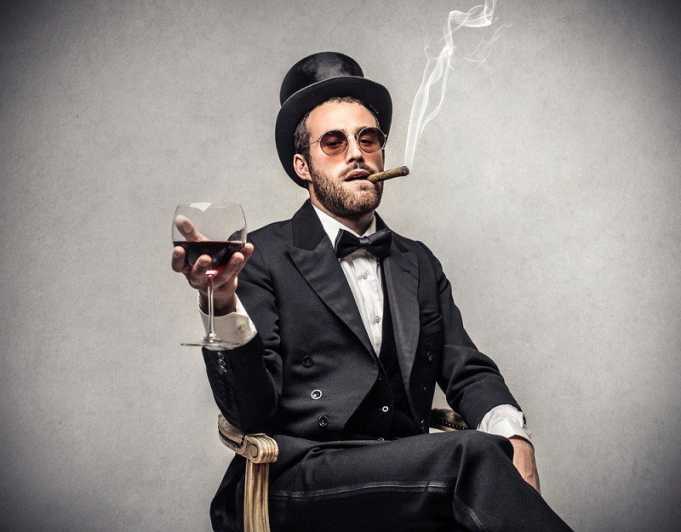 In addition to giving you my take on the markets and how to invest your money, I like to keep reminding my readers on “habits” you can easily embrace that will systematically bring you closer to building and retaining wealth.

Somehow wealth has started to become a dirty word in America, so, if you’re so inclined, just substitute the word wealth with security and independence.

With so many theories in the world today, I’m sure that some think the rich are born with some sort of a “millionaire gene”, something inherent in their DNA that makes them better adapted for wealth creation.  I don’t think such a gene exists. And even if it did exist, I think your chances of getting wealthy would be significantly higher if you focused on a few tried and true steps toward building wealth, rather than wishing you’d won some sort of genetic lottery.

The investing world is full of common folk, like you and me, who have gotten rich through simple behavioral changes they’ve deeply embedded into their mindset and lifestyle—simple, regular people who don’t earn phenomenal sums of money but still have millions in overall net worth

Today, I plan to outline a few traits that are commonly seen in millionaires that we can all learn from. By the way, these traits have been nicely outlined in an article titled “Are You Millionaire Material?” by Serena Kappes at DailyWorth.com.

People focused on wealth building see opportunities instead of obstacles. They don’t let excuses stymie them and are adept at getting past obstacles. For example, if they have shortcomings, they will look for simple ways to overcome them by leveraging outside skill sets, like selling their ideas to those with better sets of skills, getting outside investors, or bootstrapping their resources to get the job done themselves.  People with the millionaire mindset believe strongly in themselves and have the strength to overcome odds and win.

The millionaire mindset focuses on investments – on using money to make money.

And, as we all know, while saving heavily may get you money in the bank, it may not—by itself—make you a millionaire unless you start really early and live a long life.  Those with a millionaire mindset focus on investments, on using money to make money, knowing that money in the bank earns close to nothing and loses buying power over time to inflation. It’s not something they want, so they learn to leverage the power of investing and compounding.

Millionaire minds also constantly spend time and money on increasing their knowledge, skills, and capabilities. They invest time in learning new things so they’re professionally ahead of their peers; they read a lot so they can foresee emerging trends; and they keep themselves fit and eat well, realizing that good physical health is also an investment in their future.

The millionaire mindset dares to be different and is open to being wrong. It can stomach “reasonable” risk and understands that risk inherently includes the risk of failure. Millionaires also hone their risk taking over time. As Frank McKinney, a maverick real-estate millionaire known for building luxury spec homes advises, “Exercise risk like a muscle… take a calculated risk and then see if it pays off and then take another calculated risk and see if that pays off, too, and soon you’ll start to better trust your own judgment and analysis.”

The millionaire mindset is comfortable with taking reasonable risks, but, to be clear, they don’t gamble or put themselves or their families in harm’s way for a dream, but assess the situation and take a chance only if it seems like a reasonable risk could deliver a worthwhile return.

Millionaire mindsets are also programmed to quickly bounce back from adversity and move in continuous forward motion even when failure and setbacks happen. They’re willing to ride the unpredictable wave of setbacks without getting overly discouraged. In other words, they’re really good at “trooping-on”.

As I have often repeated, millionaires have strong discipline over their spending and often live below their means, which means they save more and have more to put away early to benefit from compounding. They also realize that building wealth is more important than accumulating material things.

Millionaires also tend to choose professions based on their passions and strengths, not just on how much money they’ll make.

Millionaires also tend to choose professions based on their passions and strengths, not just on how much money they’ll make. They go into things they love, work hard at them, and success often naturally follows. Millionaires work hard for their lifestyles and are typically in control of their own professional destiny.

The millionaire mantra boils down to picking a profession you’re passionate about (even if that passion is just about being secure and independent) and working hard at your job while constantly upping your skills and abilities. It also includes watching your expenses carefully, focusing on savings and investments, being comfortable with reasonable risk and failure, and bouncing back from failure to keep “trooping-on” towards their goals.

This is a far cry from the “Get Rich Quick” schemes you hear about, but whoever said getting rich was easy?