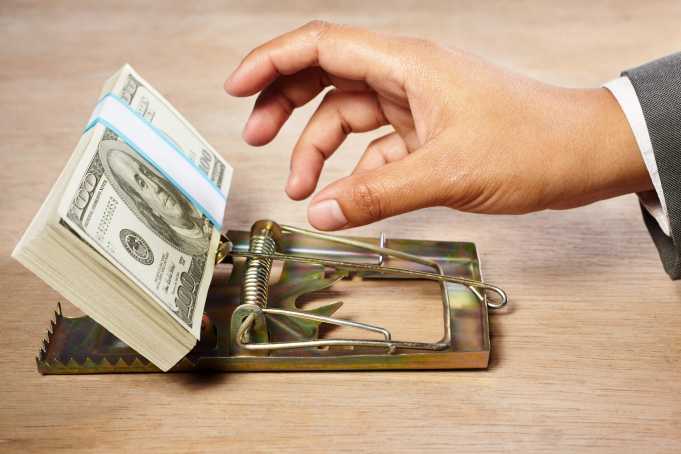 The idea behind today’s commentary is to fill-in my younger listeners on something that can have a huge adverse impact on their retirement portfolios and hopefully wake you guys up into making positive changes for your future security creation of wealth.

Here the issue in a nutshell: Young Americans, so called millenials, (I hate these short-hand names boomers, seniors, generation y)  have, in their early adult lives, seen multiple stock market crashes, a terrible housing bust, a banking collapse of enormous proportions, high unemployment and rocketing student debt and this has made them rather risk-averse compared to older generations  This risk aversion has seriously impacted their investment behavior to the point where they could fall short of becoming financially secure. So if you or someone close to you is in the 18 to 30 age bracket, pay attention.

Data from an April 2014 Gallup poll shows that folks born after 1980 continue to shun the market even as it rebounds… and, for this younger age group, investing in equities has dropped across the board since the 2008 recession. The survey showed that only 27% of 18- to 29-year-olds reported owning shares, down from 33% in April 2008.  Wall Street has a term for this generation, Recession Babies.  They’ve been scarred by a series of recessions and bubble bursts in their young lifetimes. Recession Babies parallels the “Depression Babies” who avoided banks and investing after the 1929 crash.

We are all shaped by the events around us. My grandparents and parents thought only that stocks were “bad” and all I heard was people jumped out of windows.  Not a great start for me.  I came up through the Carter Administration years which were in some ways similar to today. Only then we had high inflation and a stagnant economy. It was known as stagflation. Then Reagan became president and interest rates started to decline, the economy picked up and the great bull market began. I missed a lot of years of creating wealth because of my negative attitude toward stocks. It took a lot of education and experience for me to change my point of view and negative attitude. This topic comes directly from personal experience.

By the way, I’m re-thinking about this after I read a recent article, titled “Recession Babies Scarred by U.S. Downturn Spurn Stocks for Cash” by Jeanna Smialek of Bloomberg.

She states that this aversion to the stock market means that Recession Babies who sat out the market have missed out on some pretty sizable gains over the past five years.  They may even have hurt their future financial security, especially at a time when this generation is also shunning investments such as real estate. Instead of plunging into stocks, which can provide better returns over the long run, young people are stashing savings in bank accounts and securities that pay near-zero interest.

As the oldest of these Recession Babies approached college graduation in 2002, they witnessed the dot-com bust when the Nasdaq plunged 78%. And, merely six years later as they reached their mid-twenties, they were hit by the Great Recession of 2008 when the Standard & Poor’s 500 Index dropped 57% from October 2007 through March 2009. And this perhaps scarred them early in life to where they now view the stock market as a risk they’d rather not take.

Another survey found that about 46% of this millennial generation say they may never be comfortable with the stock market and are not confident about putting money in equities for retirement.

As a result, affluent millennials hold 52% of their money in cash and 28 percent in stocks, compared with 23% in cash and 46% in stocks for older people. Because of their disturbing early life experiences, this younger generation is more risk averse and has the most conservative portfolio of any age bracket under 65.

There may be more at play here than just squeamishness over equities.  Things are just not that great out there for them.  High unemployment is one problem. The U.S. Labor Department reports that 25% of the 25- to 34-year-old group was un-employed in April 2014. So these millenials have also had unfortunate early experience with unemployment, either directly or seeing friends and relatives go through extended periods of unemployment.  This has exacerbated their risk aversion.

Another factor?  Sky-high student debt.  25-year-old college grads had twice the outstanding student debt at the end of 2013, than in 2003, with an average student loan balance of almost $21,000, up from about $11,000 a decade agom leaving millennials with less to spend on housing and stocks.

These millenials are delaying investments towards retirement and the longer the delay, the less they will accumulate.  Which could reduce their quality of life in retirement.

The data on housing among millenials isn’t positive either. Census figures show homeownership among America’s youngest buyers has also dropped.  They are also losing out on the many benefits of home ownership.

Coming back to stocks.  As most of you know, money grows at a greater clip in the stock market than if it’s lying idle in Treasury bills. For example, $100 invested in the S&P 500 Index in 2003 would have grown to $260 by 2013, but to only $117 if invested in 3-month Treasury bills. This includes the horrendous 2008 decline. Over the long-run, stocks have historically outperformed most other investments… as my prior commentaries have also outlined.  In my earlier piece on Top 99 Investors, all of the Top 99 were equity investors because returns from debt just did not make the cut. My commentary last week on Robert Shiller’s comparisons of stock and housing investments also showed that stocks have strongly outperformed everything else.

I want this to serve as a wake-up call for young investors and urge them to get over their risk aversion and step back into equities at some point. Remember to only out your longest term money into equities, don’t trade a lot, buy Index Funds and leave them alone. Pretend they don’t exist, except when the market goes down, hold your nose, screw up your courage and BUY MORE! Put in regular amounts month after month. Have it deducted from your checking account so you don’t spend it. If $100 per month is too much, do $50, If $50 is too much do $40. Find that number than gets you into the habit of putting money aside on a regular basis. It’s a beautiful snowball effect. Before you know it you will have a couple of thousand dollars that can turn into 10 then 15 then 20 thousand. 20 years from now it could be worth hundreds of thousands of dollars and you may be free from the slavery of living month-to-month and hand-to –mouth, as they say. And that, my friends is a form of happiness that will enable you to fill your life’s true purpose. 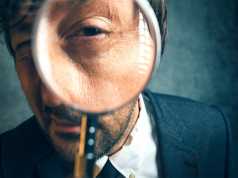 Approaching Retirement? Here Are 15 Top Tips For You Right Now