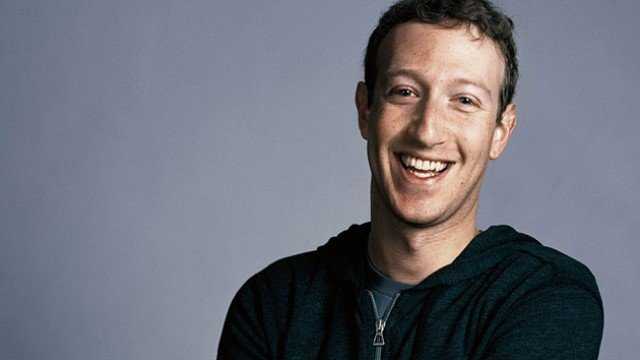 This past Tuesday, on December 1, Mark Zuckerberg, the co-founder and chief executive of Facebook, and his wife, Dr. Priscilla Chan, publicly shared a letter they’d written to Max, their one-week old newborn daughter. In that letter, the couple pledged to give 99 percent of their Facebook shares to charitable causes through the course of their lives. With Facebook’s market valuation at about $300 billion, the Zuckerberg amounts to about $45 billion. Wow!!! That’s one generous commitment to charity. and my hat is off to them several times over for making such an amazing commitment.

Mark Zuckerberg’s charitable plans are the latest indication of a growing interest in philanthropy among Silicon Valley’s young billionaires, who appear eager to spread their wealth while they are still young.

Mark Zuckerberg’s charitable plans are the latest indication of a growing interest in philanthropy among Silicon Valley’s young billionaires, who unlike previous generations of business tycoons, appear eager to spread their wealth while they are still young. Mark Zuckerberg is 31 and his wife, Priscilla Chan, is 30. They wrote, “Our initial areas of focus will be personalized learning, curing disease, connecting people, and building strong communities. We must build technology to make change. Many institutions invest money in these challenges, but most progress comes from productivity gains through innovation. We must participate in policy and advocacy to shape debates. Many institutions are unwilling to do this, but progress must be supported by movements to be sustainable.”

In a securities filing, Facebook said Zuckerberg planned “to sell or gift no more than $1 billion of Facebook stock each year for the next three years.” And he intends to retain his majority voting position in the company’s stock for the foreseeable future.

Zuckerberg also frequently says he’s been hugely inspired by Microsoft co-founder Bill Gates – one of his childhood heroes for his zeal in building Microsoft into a colossus in the technology industry, and for reshaping personal philanthropy through the Giving Pledge, an initiative started by Bill Gates and Warren Buffett to get wealthy individuals and their families to give away more than half of their wealth to charities during their lifetimes or after. Bill Gates, by the way, has pledged to give away at least 95 percent of his $85 billion net worth.

What’s also interesting is how they chose to structure their giving.  In the letter, the Zuckerbergs said they were forming a new organization, the Chan Zuckerberg Initiative, to manage the money through an unusual limited liability corporate structure. They have not yet detailed how the money will be spent and the pace at which the money will be given out, but there’s enough time for that. For now, what matters most is the commitment they have made to supporting great causes.

By using a limited liability company instead of a nonprofit corporation or foundation, the Zuckerberg family will be able to go beyond making philanthropic grants. They will invest in companies, lobby for legislation, and seek to influence public policy debates, which nonprofits are restricted from doing under tax laws. And any profits from the investments would be plowed back into the Chan Zuckerberg Initiative for future projects.

In addition, today’s high-powered donors are breaking new ground in ways different from their predecessors. For example, in days past, philanthropists set up charitable trusts to create enduring institutions that long outlived them, such as the Ford Foundation and the Carnegie Foundation that are still alive and well generations after their creation. The recent trend, however, has been toward trying to spend all the money within a finite span of time rather than creating an infinitely lived grant-making institution. Under these circumstances, the LLC structure has a lot of advantages, and it’s not surprising to see Silicon Valley donors starting to opt for it.

And, as an article by Robert W. Wood on Forbes.com, points out, Zuckerberg’s giving will whittle down his savings, but also shield billions in income he is yet to earn, making this generosity also incredibly tax efficient, because they will likely make these enormous gifts in shares, not in cash.

As my guest, Eileen Heisman, President and CEO of the National Philanthropic Trust also pointed out, with stock, the donor gets a charitable contribution deduction based on the fair market value of the shares. Donating appreciated stock is a much better tax move than selling it and donating the sales proceeds. Because, by donating the stock, the capital gains on selling it is never taxed. The donation-receiving organization can either hold or sell the stock. But since it is a tax-qualified charity, if it sells the stock it pays no tax regardless of how big the gain. And because Mr. Zuckerberg gets credit on his tax return for the market value of what he donates, he can use that to save on taxes – making this a very efficient way of giving.

So with the market up nicely over the past few years, I encourage my listeners to seriously consider donating appreciated shares or other such assets to their favorite causes.

Also, just so you know, you can’t deduct charitable contributions unless you itemize deductions. The donations go on Schedule A of your Form 1040. Furthermore, you can only take a deduction of up to 50% of your adjusted gross income for most charitable contributions, and there may be additional limitations on your ability to deduct these contributions. For example, you cannot deduct contributions to individuals, political organizations, or candidates. To get tax benefits, your receiving organization must be approved by the IRS, which maintains a list of all charities, and I have a link to the IRS charity list on my website.

So, in this season of giving, let the Zuckerberg’s announcement serve as inspiration to us all: To do all we can to support those with less than we are blessed with. 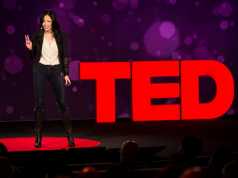 Love TED Talks? Here’s How They Do It 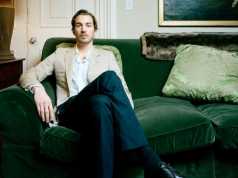 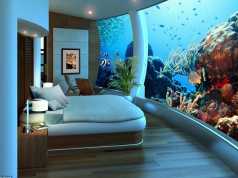 How Some Billionaires Are Preparing For The End Of The World (Hint: It Doesn’t Include Us)