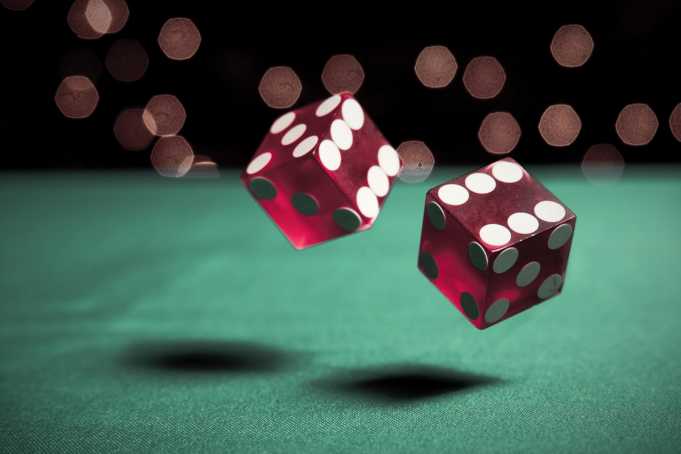 Howard Marks on “Luck in Investing”

Some of my regular listeners may recognize the name, Howard Marks.  He’s the 67-year old billionaire who co-founded investment management firm Oaktree Capital which manages about $84 billion in assets, mostly in alternative investments such as high-yield bonds and has delivered a whopping 23% average annual return over the past 25 years.

Marks regularly puts out memos outlining his views and philosophies on a broad range of topics related to the investing business. One of his recent memos addresses the role of luck in investment success.

Marks starts his memo with a quip from Jack Dorsey, the founder of microblogging platform Twitter, who recently tweeted that “Success is never accidental.  No accidents, just planning; no luck, only strategy; no randomness, just perfect logic.”

This quip went against Marks’ grain.  Marks himself believes luck, circumstance and randomness play a huge role in success, and this tweet prompted him to address the issue of luck in the investing game in this recent memo.

a great many things contribute to success. Some are our own doing, while many others are beyond our control

Marks says “A great many things contribute to success. Some are our own doing, while many others are beyond our control. There’s no doubt that hard work, planning and persistence are essential for repeated success. But even the hardest workers and best decision makers among us will fail to succeed consistently without luck.”

The Components of Luck in Investing

Marks says the components of luck range from accidents of birth and genetics, to chance meetings and fortuitous choices, and even to random, unforeseeable events that cause decisions to turn out right.

Luck, according to Marks and others, takes on many forms such as demographic luck and the Ovarian Lottery which is about being born at the right place, to the right parents, at the right time.

For example, Warren Buffett says “I’ve had it so good in this world, you know. The odds were fifty-to-one against me being born in the United States in 1930. I won the lottery the day I emerged from the womb by being in the United States instead of in some other country where my chances would have been way different.”

Buffett is insightful enough to realize (and secure enough to admit) that he isn’t solely responsible for his success. What if he’d been born in Bangladesh instead, or born a woman in 1930, or missed out on studying under Ben Graham at Columbia?  Luck played a role in making him who he is.

Similarly, Marks believes there is luck in investing. He writes, “Performance is what happens when events collide with an existing portfolio. We arrange our portfolios in expectation of what we think will happen in the future… and get desired results if future events conform to our expectations… and less-desired results if they don’t.”

He says, even if investors’ skillful analysis and reasonable assumptions are “right” in some abstract sense, it still takes a great deal of luck for their version of future events to materialize.

He then quotes Elroy Dimson of the London Business School who said “Risk means more things can happen than will happen.” The future isn’t a predetermined scenario that’s sure to unfold, but rather a range of possibilities, any one of which may happen. And even the most rigorously derived view of the future is far-from-sure to be right. Many other things may happen instead.

Even when we assemble our portfolios diligently, unpredictable future events determine whether our performance will be rewarded or punished. People whose expectations are borne out generally make money, and those whose aren’t lose.

Sometimes, even though an investor’s projections are “wrong,” the investor may be bailed out by unforeseeable positive developments such as non-fundamentally based price appreciation. Marks says such an investor is “right for the wrong reason” (or just plain “lucky”).

Alternatively, a prudent, skillful investor may formulate a reasonable view of the future, only to see the world go off the rails and his investments fail. Such an investor might be described as “wrong but for the wrong reason” (or just plain “unlucky”).

Sometimes, an investor may take an appropriately cautious stance and sell shares, let’s say tech stocks in 1997 or residential mortgage-backed securities in 2005 only to see an irrationally overpriced market become more so. Such an investor is a victim of the old adage that “being too far ahead of your time is indistinguishable from being wrong.”

An investor may take a concentrated position in a laughably under-priced stock, using a huge amount of borrowed money. But before the expected appreciation can take place, a market crash might bring on a margin call, and wipe him out, in a situation John Maynard Keynes describes as “the market staying irrational longer than you can remain solvent.”

Marks opines, the correctness of a decision can’t be judged from the outcome because randomness and unpredictability can make bad decisions lead to good results, and lots of good decisions end in failure.

So for an investor to be both right and make money:

His view of what will happen in the future and what should be done about it  has to be analytically correct a priori, things he thinks will happen have to actually happen, and those things have to happen on the schedule he expected.

Luck, randomness, or the occurrence of things beyond our knowledge and control  plays a huge part in outcomes. Investment success isn’t just about putting together the “right” portfolio, but also about having a significant degree of luck. No one gets it right every time, that’s why even the best investors diversify, hedge and limit their use of leverage.

A skillful investor is right more often, over a long period of time, than an assumption of randomness would permit. While luck matters, there still is no substitute for analysis, skill and hard work for investing success… that’s the part I want you to do but don’t get overly discouraged if things still don’t go your way because that is simply the nature of the beast.