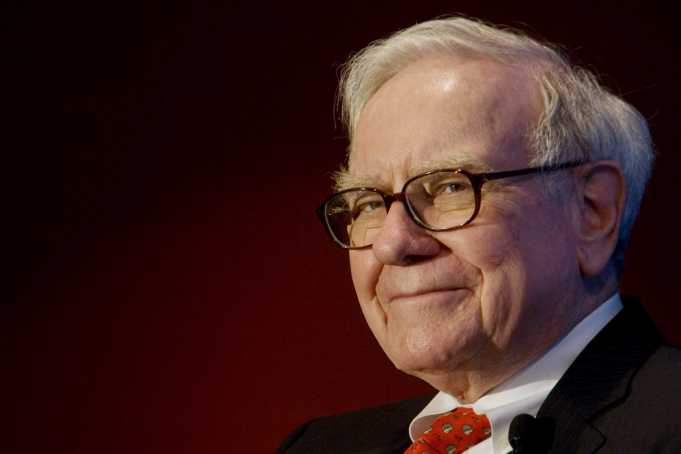 As many of you know, I closely follow Warren Buffett’s prognostications and investment philosophies, and attended Berkshire’s annual meeting in Omaha last year. Buffett, I believe, honestly says or writes whatever is on his mind without trying to influence the markets on the stocks he owns.  He gets it right many times but he also often reads the market wrong, as he himself will tell you.

But he’s got a great track record and, best-of-all, his investment advice is free and unbiased. I also like to read his annual newsletter to Berkshire Hathaway shareholders every year for his little nuggets of wisdom that serve as good reminders on how to approach investing.

Buffett offers many lessons in his lengthy newsletters, and I’d strongly encourage you to read them if you get a chance.  They are free for everyone and easily available online here.

But in the interest of time, today, I am going to outline just five of his many lessons summarizing an article titled “5 Lessons Every Investor Should Learn From Warren Buffett” in Forbes.com by Rob Borger.

Stock Buybacks: A lot of investors see stock buybacks as a good thing – conventional wisdom says company management is in the best position to decide whether shares are trading at a discount or premium to the intrinsic value of a company. Investors see share buybacks as an unalloyed good thing. Buffett wants us to understand that buybacks are not always a good thing and that CEOs often repurchase shares at inflated values.  Many times because their stock options are pegged to certain share price levels. Don’t just blindly view buybacks as good for you but carefully analyze buybacks to see if management is helping itself  at the cost of hurting long-term shareholders like yourself.

Buffett, for example, bought back Berkshire shares in 2012 because they were significantly under-priced relative to intrinsic value, but abstained from buybacks in 2013 when he thought Berkshire shares were overvalued.

Buffett understands valuation and his actions are not influenced by stock price shenanigans to make him personally richer. But I would guess that many public company CEOs and CFOs:

A) do not understand valuation as well, and often make buyback mistakes

B) are motivated by greed and artificially raising a company’s share price for personal gain.

As a shareholder, just be watchful of buyback actions and do not endorse all of them as uniformly good for long-term shareholders.

Bullish on America: Buffett has been extremely bullish on America for as long as I can remember, even in its darkest days. As he puts it, “Charlie and I have always considered a “bet” on ever-rising U.S. prosperity to be very close to a sure thing. And the dynamism embedded in our market economy will continue to work its magic.” And he has clearly put his money where his mouth is many, many times.

For example, Berkshire’s 2009 purchase of railroad freight transporter BNSF was, as he puts it, “an all-in wager on the economic future of the United States”. According to Buffett, “America’s best days lie ahead.”

Invest in businesses, not stocks.  Say you were told a grocery store in your neighborhood was up for sale for $500,000. I am pretty sure you would not just go ahead and buy it, but would study the business and its finances inside out, understand its revenue, expenses, growth potential, competitors, etc., before making a decision.

Yet, most investors buy stocks on hearsay and buzz, without really checking the numbers or the fundamentals, or whether the stock price makes sense relative to the company’s intrinsic value and earnings growth potential.

Buffett, on the other hand, evaluates stocks they way he’d evaluate buying a business… with lots of due diligence and care. And if he decides to buy shares, he spends little time watching share prices daily but focuses on the business’s strategic growth and operational performance fundamentals. That’s how I want you to approach investing… and in addition to better returns, you’ll also get a lot more peace of mind.

Focus on per share results: When you read Buffett’s annual letter to shareholders, you’ll constantly see per share metrics.  For example, he’ll compare the per share performance of Berkshire’s book value to the S&P 500 and talk of ways to increase per share results.

Buffett wants his portfolio company CEOs to constantly increase earnings power per share, organically and through acquisitions, while he tries to increase Berkshire’s per share value by repurchasing shares when they trade at meaningful discounts to intrinsic value.

If a company increases earnings but decreases earnings per share, say by issuing more shares, shareholders are actually worse off than before. The next time you read a company’s quarterly results, look at how they did on a per share basis, and see if the writeup emphasizes per share metrics over gross metrics such as net profit without breaking it down per share.

Be Wary of Bull Markets: Finally, Buffett wants investors to be wary of bull markets.  As he says it, “{like sex}, a bull market feels best just before it ends” The takeaway here is that bull markets are good for your portfolio but don’t get overly caught-up in the hype.  Prepare yourself for an eventual downturn in a market that breaks away from fundamental valuations.

The last point is pretty pertinent to where markets are today. It’s been a great bull run but the Federal Reserve is slowly reducing its level of monthly bond purchases and plans to stop the program altogether by the end of 2014. Fed chair Janet Yellen also expects the Fed to start raising interest rates in 2015.  Markets could come in for some correction over the rest of the year or not.  These things are really hard to predict. Make sure you protect your portfolio should markets head south, and apply Buffett’s lessons to the investments you currently hold and plan to make in the future.