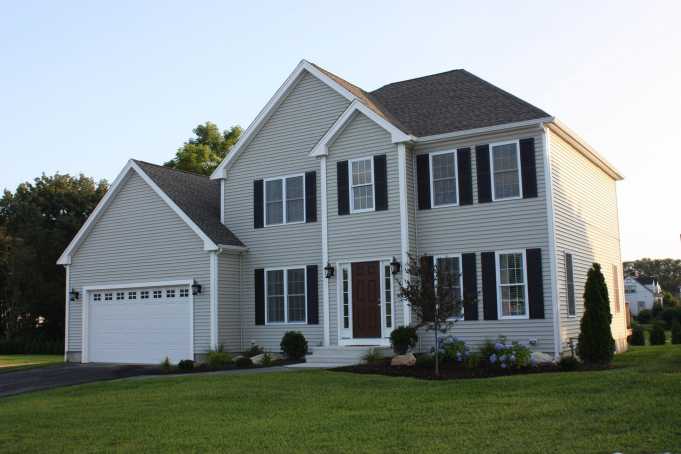 Own a Home, By All Means, But Don’t Expect Market Beating Returns

I came across an interesting article on USA Today titled “Why your home is not a good investment” by Morgan Housel, who I’ve had on the show numerous times. The article’s content is what I’d like to put in the myth busting category because its main premise is a house is a large liability masquerading as a safe asset.  Is your home a safe asset, really?

Most American home owners – I’d say 99.999% of them – believe that their homes are fantastic long-term investments that rise nicely in value over time.  Some, truly believe that their homes are the best long-term investment they ever made.  Better than stocks, bonds or gold.  That may be true if an individual investor compares his or her personal investment returns against the rise in the price of his home, but that’s because most individual investors don’t know how to invest properly and generally do very poorly in the stock market and often lose a lot of money.

Yale economist and Nobel Prize winner Robert Shiller has a much poorer, view on housing as an investment. Robert Shiller, for those of you who haven’t heard of him, is extremely well known in the financial community for his research on U.S. housing data, going all the way back to 1890.

In the early 2000s, Shiller wanted to see what nationwide home prices looked like over the long term but was shocked to learn that no one had ever actually put that data together. He dug around in libraries, crunched the numbers and came up with an index that measured nationwide home prices going back to the 1890s.

This was a first.

And he found that from 1890 — just three decades after the Civil War — through 2012, home prices adjusted for inflation literally went nowhere.  Not a single dime of real growth!

By comparison, the S&P 500 increased more than 2,000-fold during that period, adjusted for inflation. From 1890 through 1980, real home prices actually declined by about 10%.

Shiller’s research, along with fellow economist Karl Case, was then developed into a highly-influential series of indices that track home prices called the Case-Shiller home price index, turning Professor Shiller into leading authority on the economics of home prices.

Shiller’s data tells him that housing has historically delivered poor long-term gains and has barely kept up with inflation. Shiller believes the housing boom in the early 2000s was driven by a sense that housing was a wonderful investment but much of that frenzy was on pure speculation that completely disregarded historical data. Remember that bubble?  When homes for sale had 30-40 bids, each higher than the other? Plus don’t forget that mortgage money was easy to come by in those days.

Shiller’s data shows that homes have been a poor source of capital gains, but a great source of social stability. A home provides a place to live, raise your kids, spend holidays with family and neighbors, even a place to rent out for income. He’s a big fan of home ownership but his only point is don’t expect a lot of long-term financial upside from your home and don’t look at it as a substitute for retirement savings.

He believes real housing prices could even decline in the coming decades.  Something to think about.

His reason?  Adjusted for inflation, cheap hydrocodone without prescription home prices declined for the first half of the 20th century. Why? Because with technology, transportation, pre-fab and power tools, it was cheaper to build homes in the 1950s than it was in the early 1900s. This is like the steady decline in the price of computers over time, even as the machines became more powerful.  Shiller says homes are ultimately manufactured goods, and as susceptible to basic economic, technology and productivity cycles.

Here’s what I mean. Shiller believes new investors now want smart homes with smart new appliances and amenities that they can literally control with their smartphones and may be less interested in buying an old home that’s just not technologically up to the mark.

He thinks the entire idea that home prices increase in real terms over time is a figment of the 2000s housing bubble, and that figment is still alive and kicking in most American minds even though data shows otherwise.

In 2010, years after the housing bubble burst, Shiller’s surveys showed that Americans still expected their homes to appreciate by more than 6% a year over the following decade. If history is any guide, that’s probably about twice as fast as they’ll actually appreciate. Despite the housing crash, people still expect stock-like returns from their homes.

Since a home is the largest asset for most Americans, this becomes a problem because when you have inflated expectations about the largest asset you own, you walk down the path of financial disappointment. People who thought their homes would return enough to pay for retirement learned the hard way that in the vast majority of cases, this just ain’t so.

Many Americans hold their homes for years and often decades, and watch their home prices go up to five or six times what they bought them for. For example, if you bought a home in 1970 for $30,000, that home could be worth about $180,000 today.  But the fact is this six-fold increase is merely due to the compounding effects of inflation.  You’ve really earned nothing after inflation. You think you’ve made a fortune, but you haven’t gone anywhere in inflation adjusted terms. Then if you add in property taxes, insurance and repairs, you may actually have lost money on the transaction. Lets not forget in return for break-even, our homes have given us so many things that are priceless.

Here’s another example. Say you and I both have $250,000. I buy a house for $250,000 cash, and you rent a house across the street for $1,000 a month and put $250,000 in the S&P 500. After 20 years, I’ll have a house worth $200,000 in real terms, and you’ll have a portfolio of stocks worth $330,000 adjusted for inflation (assuming the market’s average real rate of return, and a 2% inflation rate on my rent payments). The difference between those two amounts is the opportunity cost of owning a house (this doesn’t include taxes, repairs, or insurance). In reality, it’s hard to rent the same house for 20 years straight, and a lot of regions don’t offer attractive rentals at all, so this probably isn’t feasible. But it shows that the decision to own can be more about lifestyle and stability, not financial returns.

By all means, own a home because the benefits far outweigh the costs.  Just keep your financial expectations in check.