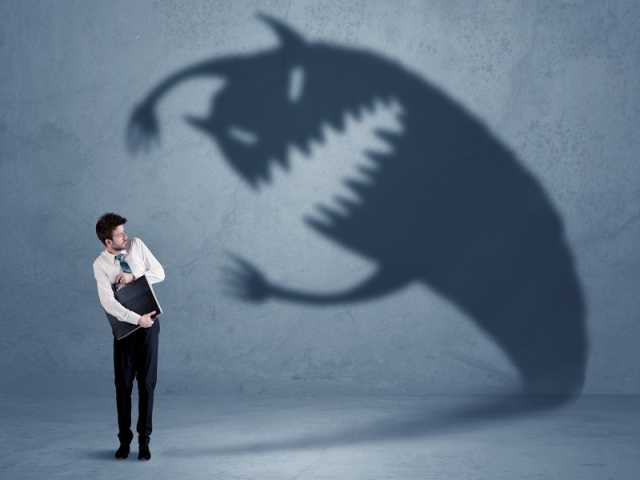 We are now enjoying the longest economic expansion since the boom market of the 1990s. We’re seeing not only record highs in the stock market but also the lowest unemployment rate since, well, since about as long as anyone can remember. And the economic good news isn’t just confined to the U.S.  Europe has enjoyed six years of GDP growth as well.

But the longer the good times last, the more people begin to fear that they will soon be coming to an end. After all, economies and markets are cyclical things. Nothing in the marketplace just gets better and better forever without any bumps in the road. Many market analysts are saying that a correction in the stock market is well overdue. On the employment front, there’s really nowhere to go from “full employment” other than to “less than full employment”. Up is pretty much the only reasonable direction interest rates can move in the long term, although the 10-year Treasury rate just recently dipped below 2%.

So just how long can the current period of economic growth, relative prosperity, and low inflation last? You want the honest answer, right?  We all do; but the truth is, no one knows.

Many of the market gurus attempting to peer around the corner to see what the future holds are eyeing “the usual suspects,”  that is, the traditionally recognized harbingers of a recession. A slowdown in manufacturing is one of these. Another is rapidly rising inflation like that of the late 1970s. And finally, a financial crisis of any sort is nearly always sufficient to trigger a downturn in the economy. Of course, financial crises can arise from just about anywhere or anything. One current concern in this area is the ongoing trade war between China and the U.S.

Modern economic theory suggests that the “busts” which inevitably follow “booms” are ultimately caused by changes in consumer spending which sometimes decline faster than companies’ ability to adjust prices and wages which keep supply and demand ideally balanced. A decrease in spending means a decrease in sales of goods and services, which forces companies to cut back on workers or hours. Of course, employees losing income means people spend less, which means a decrease in sales…you get the idea. And so, a recession is that period of time during which the economy has not yet adjusted or re-balanced itself in the face of falling demand and overly-abundant supply.

On The Other Hand…

The problem is…well, like most things economic, it’s kind of complicated. Take watching manufacturing levels for signs of a slowdown, for instance. First, manufacturing isn’t as subject to volatility as it used to be. Thanks to producing goods “just in time”, meaning on-demand, manufacturers are able to operate effectively with smaller inventories. That makes it less likely they’ll get caught with over-stuffed warehouses if there’s a drop in consumer demand. Secondly, manufacturing is simply not as critical to the overall health of the economy as it once was. Instead, the service sector, particularly in developed economies like the U.S. and U.K., have largely surpassed manufacturing as the most important sector of the marketplace. The financial services industry, specifically, has become a more significant part of the economy, so any disruption there would likely have a larger spillover effect on the health of the economy.

Also, central banks have kept interest rates low and continued to make money plentiful and businesses have taken advantage of low-interest rates to finance their expansions. Tax cuts too have put more income in people’s pockets, without triggering any noteworthy uptick in inflation. Surprising many economists.

So what might play a role in the next downturn? Here’s something new and different. How about a major shift in online advertising? Didn’t think of that, did ya? Me neither. Online advertising, as anyone who frequents Facebook knows, has grown exponentially and become increasingly important to businesses and, more specifically, to the big technology firms that rely on it very heavily. If we know anything about technology, it’s that it continues to change at a seemingly ever-increasing pace. A new technology breakthrough that leads to companies finding less expensive ways to manage advertising could easily have a domino effect on the fortunes of Google, Facebook, Instagram, and so on. A big decline in revenues from the big technology companies could disrupt much of the ebb and flow of business.

Another very real potential source of a shift in the economic winds is the upcoming 2020 Presidential election. Our current president has had strong economic tailwinds since taking office and if there is a change of the guard in 2020, especially a change that hands power back to a political party talking higher tax rates,  the prospect of a possible snag in the health of the economy, could cause some economic volatility.

And let’s not forget about Brexit, which, in the wake of recent political office changes in the U.K., appears, to be “a done deal” now. The standard predictions regarding Brexit are that the U.K.’s economy will be significantly damaged. However, a larger and more far-reaching consequence of Brexit could unfold from a different scenario. Suppose the U.K. economy booms rather than busts following its withdrawal from the Eurozone. There are those who those suggest that the ultimate consequence of Brexit will not be a near collapse of the U.K. economy, but rather, perhaps, a collapse of the European Union. Some people think it’s entirely possible that should the U.K. fare well after leaving the Union, other EU countries may start looking for the exit sign as well. Who knows what the fallout may be under THAT scenario?

While circumstances can always rapidly change—as I said before, everything seems to change faster and faster—we may yet have a longer period of smooth sailing to go. Studies show the average boom and bust economic cycle is currently running around 15-20 years. If that model holds true, we may have not even reached the peak of the boom phase in the current cycle, much less be approaching the next bust phase. One statistic supporting this optimistic near-term forecast is the fact that the private sector in the U.S. continues to be a net saver, with the ratio of household debt to GDP continuing to fall. And that’s a very good thing.

What’s the upshot of all this for stock market investors? It’s probably, as always, stay the course. Continue to make buy or sell decisions based on careful research and analysis of value. My experience is that some people want to have it both ways. Wouldn’t we all? They want to sell everything at the top and then buy it all back at the bottom after a correction, but the plain truth is that no one is likely to be able to pick either the top or the bottom of the market. A wiser path is probably one that relies on the historical tendency of the economy and therefore the market to move higher over time, regardless of boom and bust economic cycles.

So try not to be too smart and stay the course. It has, historically, been the sound thing to do and will most likely continue as such into the foreseeable future.