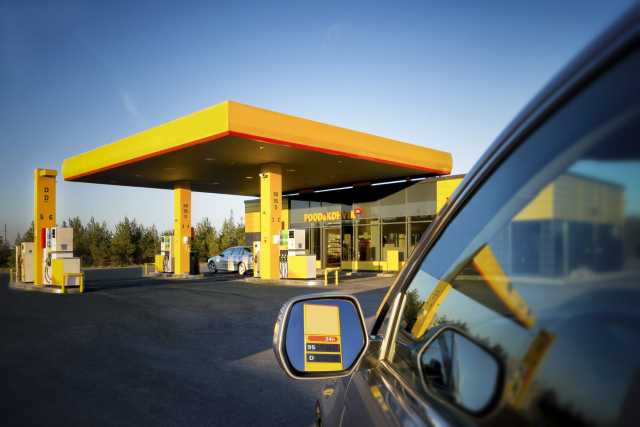 By now, I think all my listeners are aware that gasoline prices are down significantly since the summer… gas prices have dropped a solid 30% in just 6 months – to a national average of $2.75 per gallon this week, and AAA predicts they could fall an additional 10 or 20 cents in the weeks ahead. But, just to clarify, the national average masks large price differences from state to state… for example, prices at the pump average $2.44 per gallon in Missouri but $3.05 per gallon in California due to higher gas taxes and laws requiring cleaner-burning fuels… but, in general, prices have dropped sizably in all states. And Goldman Sachs estimates that American households have already saved $75 billion over the past six months from this drop in gas prices. It’s also interesting to note that [according to the Federal Trade Commission], gasoline prices rise four times faster than they fall because retailers are quick to pass on increases but slow to pass on savings to consumers.

This sharp drop in gas prices is driven by tumbling crude oil prices. The latest drop in crude oil, just last week, was driven by a decision by the Organization of Petroleum Exporting Countries or OPEC to not cut petroleum production… and this reinforced the possibility of a worldwide oil supply glut. As a result, the price for benchmark American crude fell to $66.15, its lowest in more than four years.

This inability or unwillingness of OPEC to rein in production shows that the cartel is no longer the dominant controller of global supply and price, and the balance of power appears to now be shifting to the United States, which is poised to surpass Saudi Arabia as the world’s top producer of oil. US oil production has soared more 70 percent over the last six years… and every year, we become less reliant on exports. This signals a paradigm shift with far-reaching consequences that are mostly positive for consumers, businesses and global economies, and negative of countries that are largely reliant on oil exports.

How lower prices help the global economy and consumers everywhere

This drop in oil and gasoline prices is great news for importing nations, their businesses and their consumers.

This drop in oil and gasoline prices is great news for importing nations, their businesses and their consumers. And I’m going to share some data points with you that I’ve gleaned from sources such as Vox.com, the Wall Street Journal and Bloomberg.

#1) As the cost of gasoline drops, consumers have more money in their wallets and can either save more or spend more. The average American driver spends about $2,600 on gas each year, so if prices stay at current levels, average annual savings could add up to about $1,100 per household – money they can spend on other things such as dining out, buying more groceries and other discretionary spending… this in turn will fuel more jobs and more hiring, and have a positive ripple effect on the broader US economy.

In addition, gasoline and oil will reduce transportation, heating and raw material expenses, boost corporate profits, lead to more capital investments and higher profits – which could support rising stock prices. In some cases, these falling prices could get passed on to consumers. In other cases, businesses – such as airlines – might just decide to use the profits to add more flight routes, etc.

#2) Since 2007, higher gasoline prices have changed driving habits – and spurred many Americans to use fuel more sparingly and buy smaller, more efficient vehicles with higher gas mileage.  Overall driving – as measured by Total Vehicle Miles – has also stagnated… but falling gas prices could reverse this trend and we could see more SUV sales – despite the fact that cars last about 10 years on average but gasoline prices may not stay low for that long – so it’s irrational behavior but it is what it is. [In fact, we see that happening already with GM’s recent announcement that it’s laying off 510 workers at two plants that build small cars because demand has slowed, while it’s starting to sell a few gas-guzzling Hummers again.]

Who suffers when oil prices drop?

#3) The price plunge poses economic risks for states that are particularly dependent on oil drilling, such as Wyoming, Oklahoma, North Dakota, Alaska and Texas – where state budgets depend on taxes from oil revenue and related employment. In certain areas, complex shale projects could even get shelved because oil below $80 will not yield profits. But, on the whole, most US states will benefit from lower transportation costs and higher tax revenues if retail spending goes up.

#4) Nations that depend on oil exports – such as Russia, Saudi Arabia, Iran and Iraq – will take a hit. Analysts estimate that the annual revenue of OPEC nations could shrink by $590 billion if prices stay at current levels. This could have painful economic repercussions and possible spillover effects such as social unrest or demand for greater personal freedoms.

So, overall, lower energy prices are a positive development for the US and most oil importing economies… with lower expenses related to energy, raw material, industrial production and transportation expenses; higher corporate budgets; higher economic output; more capital investment and more job creation – so falling prices really benefit most of us.