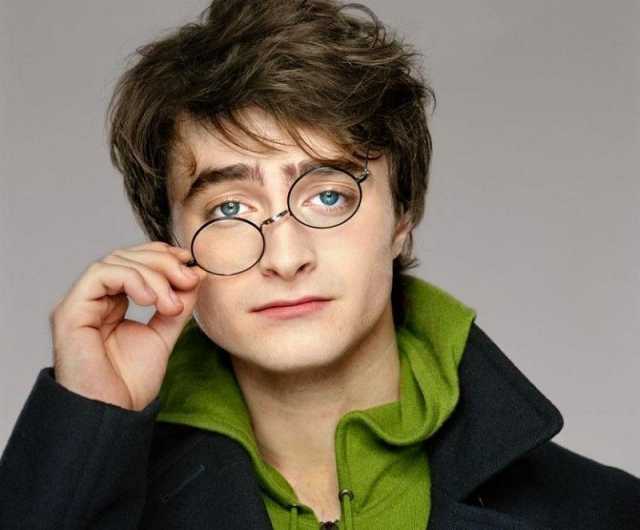 Call him “the boy who saved”. Daniel Radcliffe became famous when he was cast to play Harry Potter, The Boy Wizard at the tender age of 10. This turned into a role that launched his acting career and brought him considerable wealth, estimated at about $100 million. But to give you some perspective, while $100 million is a heck of a lot of money, the eight movies in the blockbuster Harry Potter franchise raked in close to $8 billion worldwide.

Now, five years after the final Harry Potter film hit the screens, Daniel Radcliffe (now a 27-year-old British star) revealed that he doesn’t touch the money he made and jokingly says he’s been hoarding his money at Gringotts, the bank for wizards.

“I don’t really do anything with my money,” Radcliffe told the Belfast Telegraph in late September and put forth a compelling argument for why he decided to save it.

Radcliffe said, “I’m very grateful for it because having money means you don’t have to worry about it, which is a very lovely freedom to have. It also gives me immense freedom, career-wise. For all the people who’ve followed my career, I want to give them something to be interested in, rather than them just watch me make loads of money on crap films for the rest of my life.” (I’m sure he wasn’t referencing the Harry Potter films, right?)

While Radcliffe may be talking specifically about movie projects, no matter what your role in life, he’s right about not splurging what you have but saving it instead. For example, Radcliffe could easily have burnt that money on fancy cars, extravagant houses, and other expensive shenanigans, but having money socked away can afford you a significant amount of freedom and security. People with money in the bank sleep a little easier at night knowing they can weather unexpected financial shocks and even pursue new job opportunities if their boss turns out to be a real He-Who-Must-Not-Be-Named, a reference to the evil Lord Voldemort in the book series.

But, despite the clear advantages of saving all you can, many people—and Americans, in particular—just aren’t saving enough. Survey after survey shows that we’re woefully underfunded for retirement, are ill-equipped to handle even a small financial emergency, and carry more debt than is ideal.

Of course, part of this is attributable to socioeconomic reasons for our lower savings: Many folks are still recovering from the Great Recession; wage growth has been pretty stagnant; and high levels of student loan debt are weighing down many Americans’ finances.

But even people who are on a tight budget can consider Radcliffe their financial Patronus, the apparition that scares away happiness-stealing dementors and finds new ways to save. Here’s how you might be able to get some more galleons in your vault.

We all know we shouldn’t spend more than what we have. But if this is a challenge for you, consider setting up an automatic transfer so at least some of your extra funds (after paying your bills) make it into your savings account. You can apply a similar strategy to your investments and increase your 401K contributions from each paycheck.

A good credit score can help you save on everything from mortgage rates to insurance policies. So if your credit is a little lackluster, it might behoove you to put in a little work. You can improve your scores by paying down high credit card balances, disputing errors on your credit report, and identifying specific areas where you need to improve. You can find out what these areas are and monitor your progress toward building great credit by viewing your free credit report summary, updated every 14 days. Improving generic hydrocodone vs name brand your credit will lower your expenses and give you extra money to sock away.

The gig economy is real and, in many respects, thriving, so if you and your family aren’t saving because of lack of income, consider a side hustle. You might be able to make some extra dough selling your stuff online, blogging, running errands for others on the weekend, or sharing your ride, among other things. You know, when I interviewed Daymond John from Shark Tank, we spoke about his time growing up in Hollis Queens. He was making extra money by stopping by neighborhood bus stops and giving people rides right to their house. This way they didn’t have to be dropped off and walk home with heavy bags or groceries. It became so popular, he bought a van and built it up until he was stopped because he was operating without a proper license. The point is that he saw an opportunity and was ambitious enough to be do something about it.

Which reminds me, tune in next week when we have Barbara Corcoran back on our show to tell us what she’s been up to. On to the next point.

Even if you’ve already cut back, there may be ways you can still reduce your expenses. Spending too much on coffee? Brew your own at home. Blowing your food budget? Switch from brand name to generic products at the grocery store. Paying too much for cable or other subscription services? Ask your provider if they can lower your rate or just cut the cable and use cheaper online streaming options.

There are dozens of more ideas like these and all you have to do is google them and you’ll find hundreds of articles. So remember, as I always say about such matters, in order to get your budget in order you either have to “raise the bridge or lower the water”. If you can do both you will be amazed at the wonderful snowball effect it will have on your money and your life.

So now I’ll tell you why Daniel Radcliffe is extra smart. The acting business is a tough business because it is fickle and work is spotty at best. You can be working on a series for 6 months and then be unemployed for the next 6 months. So the idea of having enough money in the bank to smooth your life out and free you to pursue your own unique path is worth every penny you save. You may say, “Heck, if I had $100 million, I could do that too,” but you would be missing the point. Most of us won’t hit a jackpot like Daniel, so we have to make good decisions with the hand we are dealt. Radcliffe could blow this money. How many celebrities and sports stars have you heard of who end up broke? Radcliffe knows better and we could all learn from his very smart way of looking at his life.

However, Daniel, I would like to see you getting some of that invested wisely. Not that you need the money, but maybe you want to leave a legacy or fund a foundation that will contribute to causes dear to your heart well after you have left this mortal coil. There are so many other things you can accomplish other than just having a terrific career.

Bottom line is that Daniel’s actions are not rocket science, but the simple power of delayed gratification taken to new heights that each one of us must apply to our own lives in order to live our one best financial life.