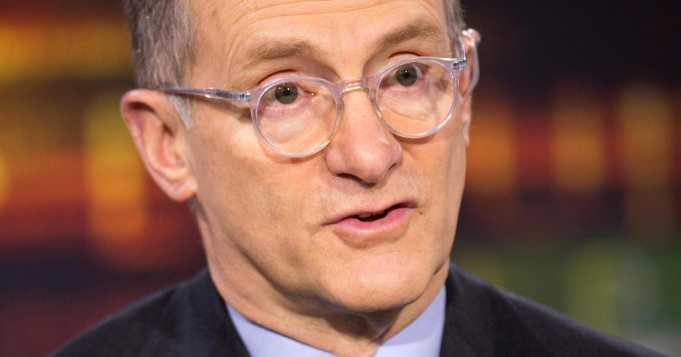 Last week, I gave you the first half of the latest memo sent out by Howard Marks.

Howard Marks is a 67-year old billionaire who co-founded investment management firm Oaktree Capital which manages about $84 billion in assets, and is publicly-traded company with ticker symbol OAK. Oaktree focuses on alternative investments such as high-yield bonds, and has delivered a whopping 23% average annual return over the past 25 years.   Marks has rightly earned his fame and fortune. As I said last week in 25 years a $100,000 investment would be worth $17,690,000 today! That’s the astounding investment record of Howard Marks.

Last week, in Part I of this two-part talk, I shared Marks thoughts on how you should go about investing a small portion of your portfolio in alternative investments – the questions you should ask yourself and your advisor; and how to pick a fund manager that dares to be different and dares to be wrong while seeking superior returns. Marks also reminded us that there is no magic bullet or easy formula for success in investing, and that it all boils down to solid skills, a lot of hard work and a few other capricious things that I will cover today, such as luck and timing.

For Your Alternative Position, Pick a Fund Manager Who Dares to Look Wrong

Most fund managers know that they will inevitably make mistakes in investment decisions, but most find it unacceptable to look significantly wrong because they fear they’ll lose the amount of money they manage, or lose their jobs in the worst case. Most fund managers also know that they benefit little from bold decisions that work but suffer greatly from bold decisions that fail.

The operative rule for most fund managers is to never buy so much of something that if it doesn’t work, they’ll look bad.  This approach can never deliver above-average returns, so it’s hard to find a good alternative investment fund because only a handful of fund managers truly have the courage to do what’s needed for superior returns.

Luck and Timing Play a Significant Role in Investment Success

Let’s say you pick a fund manager who is fantastic – an expert at economics and finance, and a hard-working guy who does his due diligence comprehensively… even so, his thorough analysis can effortlessly be thwarted by the world’s randomness… and deliver a loss.

As many seasoned investors know, even well-founded analyses that eventually turn out to be correct often take longer that most fund managers can bear.  Not only are future events uncertain but their timing can also be irksomely variable, and cause fund managers to close out positions that would have been extremely profitable had they waited.

As Marks puts it, “Being too far ahead of your time is indistinguishable from being wrong.”

For example, Alan Greenspan warned of “irrational exuberance” in December 1996 but the stock market continued upward for more than three years after his comment.

A superior fund manager needs the strength to diverge from the herd, stand by his convictions and maintain positions until events prove him right… and all of this is really hard to do.

Wrapping up, Marks says: I’m convinced that everything that’s important in investing is counter-intuitive, and everything that’s obvious is wrong. And investors who aspire to superior performance have to live with this reality.  Unconventional behavior is the only road to superior investment results, but it isn’t for everyone.  In addition to superior skill, successful investing requires the ability to look wrong for a while and survive some mistakes.

The truth is, almost everything about superior investing is a two-edged sword:

There’s only one thing in the investment world that isn’t two-edged, and that’s superior insight or skill.  Skill can help in both up markets and down markets.  And by making it more likely that your decisions are right, superior skill can increase the expected benefit from having a concentrated portfolio of a small number of things. But here is the key: That kind of superior skill by definition is rare and elusive.

And that’s why I try to bring to you from time to time, the thoughts of great investors who not only dares to be different but has the superior skills to succeed.