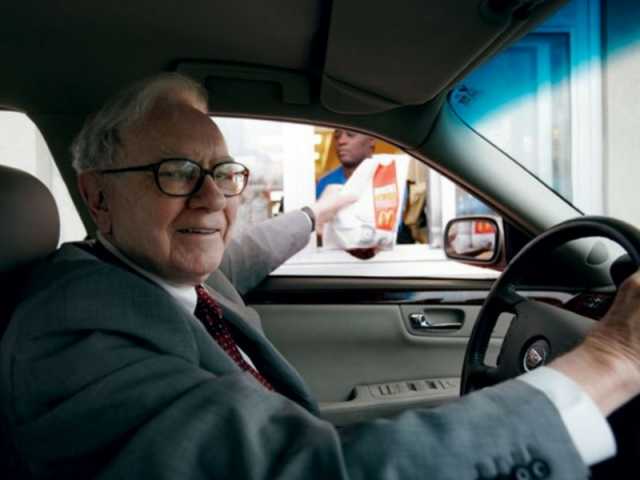 I have often spoken about the virtues of frugality, of living well below your means.  I’ve spoken of saving and investing so compounding may grow your wealth, literally into a few million dollars, even on the most modest of salaries.

It’s not every day that you hear the words janitor, gas station attendant, and philanthropist describing the same man.  In one famous rags-to-riches story. Ronald Read, a one-time janitor and gas station attendant from Vermont, amassed an $8 million fortune because of his frugal spending and smart investing habits.

Read drove a second-hand Toyota Yaris – a sub-compact car that has an MSRP of $15,635 brand new, and delivers 30 mpg in city driving and 36 on the highway.  Friends remember how he used safety pins to hold his coat together and cut his own firewood, even in his 90s! Read was also a good stock picker who held onto his stocks for the long haul.  When he died, Read left $6 million to his local library and hospital, shocking everyone who knew him. Now there’s an inspiring story if anyone needs one.

Read’s story truly inspires me to make every single one of my clients a Ronald Read, but it also sort of frustrates me because most of us just not gonna make those sacrifices every day for a much richer future.

Other Frugal Millionaires With Humble Jobs

And Read is not alone.  Just Google the words: “frugal man donates millions” and you’ll learn of Leonard Gigowski, a “quiet and frugal man” who left $13 million to his alma mater.  Leo started life as a cook in the Navy during World War II, then ran a corner grocery store, and invested in a nightclub, a dance studio – he loved dancing, and residential properties.

Then there’s Raymond Suckling, a World War II veteran and mechanical engineer who accumulated millions and donated $37 million to the Pittsburgh Foundation.  Charles Kaufman, another local engineer, donated $50 million to the Foundation… really rich people with modest means all through their lives, bound by their love for frugality, saving, and investing.

I’ll mention just one more – Jack MacDonald, a frugal Seattle resident known to have holes in his clothes and coupons in his pockets, who left $188 million in his will to three Washington institutions.

I came across an MSN Money article that I also want to share with you. It talks about the frugal ways of world’s wealthiest men – and highlights how they continue to pinch pennies despite their billions.  As the article says, “some of the world’s richest people live well below their means, opting for lifestyles that are anything but high maintenance and extravagant.”

David Cheriton, someone you’ve likely never heard of, is a mega-rich Stanford University professor who made $3.9 billion from an early investment in Google, and is known to take thriftiness to extremes.  He still lives in the modest home he bought before his Google investment, drives a Honda, cuts his own hair, and regularly asks for doggy bags at upscale restaurants. His mantra, “never spend in a way that I can’t explain to my parents without apology or embarrassment.”

Mark Zuckerberg, Facebook’s founder, is worth about $65 billion but supposedly still sort of lives like a student. Zuckerberg relies on old t-shirts and hoodies, is said to get around in a Honda Accord which he calls safe and non-ostentatious, and even got married in his own backyard.

Michael Bloomberg, of Bloomberg News, says “pay yourself a small salary and top it up with dividends” to reduce your tax bill.  Bloomberg paid himself between $5,000 and $20,000 ANNUALLY, and has just two pairs of work shoes which he gets re-soled when they wear out!

a) never miss a chance to increase your wealth,

b) never throw anything you can use away.

John Caudwell, another Brit, says “I don’t need to spend money to bolster my own esteem.” The self-esteem comment is a big one, because, let’s face it, we all know a person who uses their money to puff-up their image and their self-esteem.

Financier T Boone Pickens, puts together a list of what he needs beforehand, leaves the credit cards at home and only brings enough cash with him to pay for the items on the list. I would say use the credits-cards, get your mileage or cash back and then pay them off every month. That’s today’s version of using cash.

And, finally, there’s the Warren Buffett we know and love who eschews the high life and is well aware that small sums can compound to large amounts. Though I think he really gets carried away sometimes. In the documentary, Becoming Warren Buffett seen on Netflix, the camera goes along with him on his daily breakfast excursion to McDonalds. He tells his wife, Astrid, how much exact change to put in the center cup holder of his car. It’s either $2.61, $2.95, or $3.17.

I mean, there’s nothing wrong with this, but he IS worth $81.5 BILLION! It seems over the top to me.

Well, I think you get the idea… my main point is this… while we can’t all be billionaires, it’s literally well within the reach of every American – even those in the lowest income group – to retire a millionaire, provided they keep their family-size in check and have the will to make a few small sacrifices every day, save a lot, and wisely invest for the long run!

Investing involves risk and investors should carefully consider their own investment objectives and never rely on any single chart, graph, or marketing piece to make decisions. The information contained herein is intended for information only, is not a recommendation to buy or sell any securities, and should not be considered investment advice. Please contact your financial advisor with questions about your specific needs and circumstances. There are no investment strategies, including diversification, that guarantee a profit or protect against loss. Past performance doesn’t guarantee future results. Equity investing involves market risk, including possible loss of principal. All data quoted in this piece is for informational purposes only, and author does not warrant the accuracy, completeness, timeliness, or any other characteristic of the data. All data are driven from publicly available information and has not been independently verified by the author.