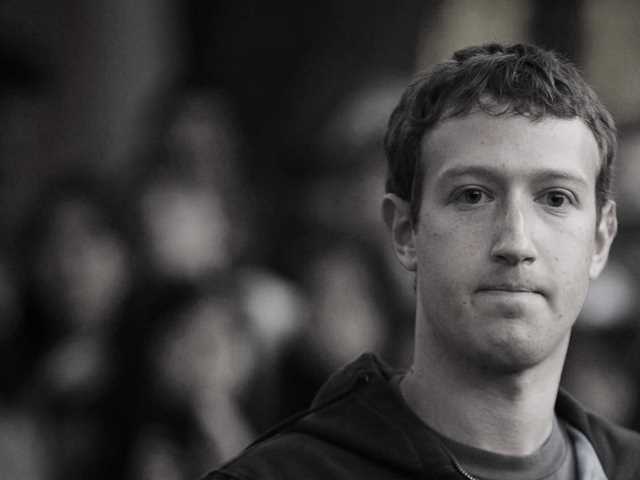 In 2012, Facebook CEO and founder Mark Zuckerberg paid an estimated $1 billion in taxes, which was considered one of the biggest payments ever. Then, in subsequent years, Zuckerberg beat his own record. According to company filings, he sold 41.4 million shares of Facebook worth around $2.3 billion – with “most” of the proceeds going to pay taxes… which means that over a two-year period, Zuckerberg paid between $2 billion and $3 billion in federal and state taxes. Wow!!!

As Robert Frank of CNBC reports, the Facebook CEO’s tax payments alone were about 4 percent of the total income taxes collected in California in 2012. But it’s hard to say whether his tax bill was the biggest that year – or ever – because the IRS doesn’t rank the top taxpayers.

But the IRS does crunch data on the top 400 earners each year. In 2009, the top 400 earners paid a total of $16 billion in taxes, with an average tax bill of $40 million each. At $2 billion, Zuckerberg’s tax bill was about 50 times that amount – from just one individual – that’s staggering, and such a windfall for California’s finances.

Of course, Zuckerberg’s tax bill is so high because his income (at least on paper) is even more massive. And with a net worth of more than $35 billion, the few billion paid in taxes won’t exactly cramp his lifestyle. Moreover, the Facebook CEO has charitable deductions and trust structures that help reduce his effective tax rate.

But I bring up this astounding tidbit because Zuckerberg is an extreme example of a dangerous phenomenon: the stock sales of the wealthy account for an outsized share of America’s income taxes. And that dependence is growing with a rising stock market and a growing income gap. In tech heavy California, the top 1 percent pay more than 40 percent of the state’s income taxes. The stock-selling, super-rich like Zuckerberg account for a large share of that 40 percent.

But while Washington and Sacramento are cheering the soaring stock market, they won’t be as happy when the trend reverses. Here’s why… because it’s not just the wealthiest 1 percent that are adding to tax coffers.

The New Rich: 20% of America’s Adults

Fully 20 percent of U.S. adults – that’s 1 in five everyday Americans – become rich for parts of their lives, wielding outsize influence on America’s economy and politics. This little-known group may pose the biggest barrier to reducing the nation’s income inequality. I’ll explain why in a moment.

The growing numbers of the U.S. poor have been well documented, but survey data detail the flip side of the record income gap—the rise of the “new rich.” Made up largely of older professionals, working married couples and more educated singles, the new rich are those with household income of $250,000 or more at some point during their working lives. That puts them, if sometimes temporarily, in the top 2 percent of earners.

Even outside periods of unusual wealth, members of this group generally hover in the $100,000-plus income range, keeping them in the top 20 percent of earners. And when you add it all up, that’s a plenty big boatload of dollars… so this election season, political parties too are taking a renewed look at the up-for-grabs group that is not the “traditional” rich. Today’s new rich are notable for their sense of economic fragility. They’ve reached the top 2 percent, only to fall below it, in many cases. That makes them much more fiscally conservative than other Americans, and less likely to support public programs, such as food stamps or early public education, to help the disadvantaged.

For many in this group, the American dream is not dead. They have reached affluence for parts of their lives and see it as very attainable, even if the dream has become more elusive for everyone else. As the fastest-growing group based on take-home pay, the new rich tend to enjoy better schools, higher paying jobs and homes in nice gated communities, making it easier for them to pass on this privilege to their children.

And their success has implications for politics and policy… because this group is more liberal than lower-income groups on social issues such as abortion and gay marriage, but more tight-fisted when it comes to money – and they’re wary of any government role in closing the growing income gap in America.

A Gallup poll found that 60 percent of people making $90,000 or more said average Americans already had “plenty of opportunity” to get ahead, but this optimism fell to 48% among those making less than $48,000.

Sometimes referred to by marketers as the “mass affluent,” the new rich make up roughly 25 million U.S. households and account for nearly 40 percent of total U.S. consumer spending. While paychecks shrank for most Americans after the 2007-2009 recession, theirs held steady or edged higher. In 2012, the top 20 percent of U.S. households took home a record 51 percent of the nation’s income. The median income of this group is more than $150,000.

Once concentrated in the old-money enclaves of the Northeast, the new rich are now spread across the U.S., mostly in bigger cities and their suburbs. And they are very good at saving money… spending just 60 percent of their before-tax income while setting the rest aside for retirement or investing… so their capacity to spend plays a key role in our retail-driven economy.

And economists say this group’s influence will only grow as middle-class families below them struggle. Corporate profits and the stock market are hitting records while the median household income of $51,000 is at its lowest since 1995. That’s a boon for upper-income people who are more likely to invest in stocks.

And here’s the sad part – while the rich get richer, some 54 percent of working-age Americans will experience near-poverty for portions of their lives, hurt by globalization and the loss of good-paying manufacturing jobs.

The demographics of the New Rich are also moving us away from past stereotypes of wealth and influence because members of this educated and financially comfortable group like to make their vote count… but they aren’t natural born Republicans and they are less white and male than in the past… but they still seem to favor the creed – “A dollar is best in your hand rather than in the government’s!” So while the super-rich get all the attention, large numbers of the mass affluent also play a significant role in the income-inequality debate. 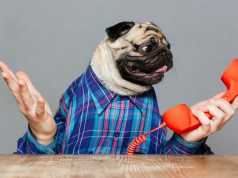 What Do Bankruptcy And Your IRS Refund Have In Common? 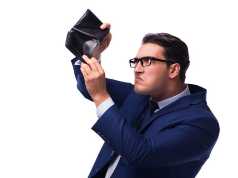 Stop Believing These Investment Myths That Keep You Broke 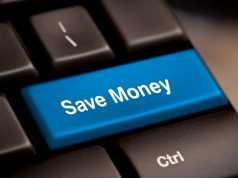 Get Your Best Online Savings Rates With MaxMyInterest