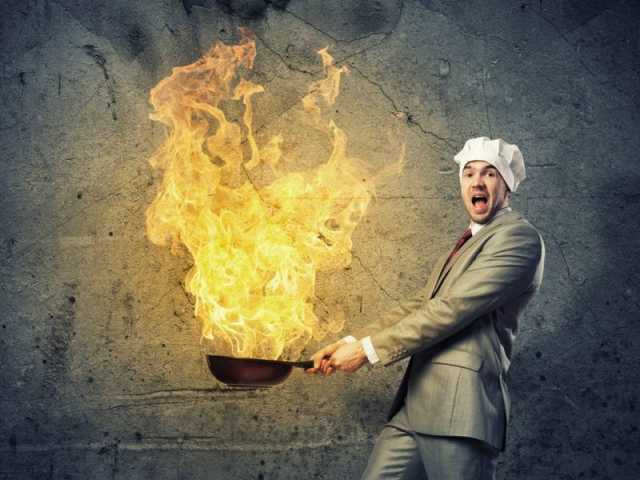 I am guessing most of you have heard of bitcoin—the most popular of a host of purely digital and decentralized currencies called cryptocurrency—which is based on something called blockchain technology, a public ledger.

The Stupendous Rise Of Bitcoin

Eight years ago, the first decentralized cryptocurrency, bitcoin, was introduced. Bitcoin became popular with a section of programmers, drug dealers, and criminals curious about its anonymity and ease of cross-border transactions.

Since its first transaction in January 2009, bitcoin has gone from being a mildly fascinating digital currency, valued at a lowly six cents, to one that has risen steadily in value and stature, albeit with its fair share of glitches.

Bitcoin crossed the $100 mark in early April 2013.  But 2017 is when bitcoin defied all logic and expectations, shooting from $986 at the start of the year to an all-time high of—are you ready for this?—$19,783.21 on Dec. 17, up 20x for a one-year rise of 1,900%, thumbing its nose at naysayers and severely punishing those hedge funds and others that actively built speculative short bitcoin positions. Someone who sells short is betting the investment will go down, not up.

Before we delve into why bitcoin is down sharply, let’s look at what drove it higher in the first place.

I attribute its rise primarily to the following factors:

Bitcoin appeared to address some of the drawbacks in paper currencies such as the dollar and the euro that are issued and backed by central banks; that’s because bitcoin is decentralized, not controlled by any entity or government and has an upper issuance limit of 21 million bitcoins, giving it features akin to limited quantities such as gold.  With bitcoin’s upper limit set, there is little fear of an unlimited number of bitcoins flooding the market and causing its value to drop.

The other advantage of bitcoin and its ilk is that cryptocurrencies’ underlying blockchain technology is seemingly less vulnerable to trick or counterfeit.

Finally, its value lies in its utility, such as ordinary citizens and traders using bitcoin to hedge against inflation in Venezuela, London, and New York; its ease of use for cross-border transactions; and its perceived anonymity.

The financial sector, however, has a lot of issues with bitcoin in its current form and isn’t ready to accept it.  Most bankers will detail a laundry list of issues they see with the currency. They will tell you that cryptocurrencies are speculative instruments currently trading well above their true value and in bubble territory; they’ll say they aren’t backed by tangible or intangible assets, such as gold or governmental guarantees; they’ll say that they have far too much price volatility to be a dependable store of value; that they lack regulatory oversight; that they’re hard to monitor for money laundering and illegal activities; and finally, that there’s not enough Bitcoin currency in existence to support the high volume of global trade, so they will never replace global currencies such as the dollar.

Moreover, major central banks and financial institutions see some value in cryptocurrencies. For instance, the Federal Reserve is studying cryptocurrency’s underlying blockchain technology to see if it offers “a more efficient medium of exchange than cash”. The Bank of Japan and the European Central Bank have launched a joint cryptocurrency research project, and the Dutch central bank is internally using its own cryptocurrency to better understand how it works. Others, such as the Chicago Mercantile Exchange, have launched Bitcoin futures, offering a trading platform for investors and giving the currency some legitimacy.

Why Are They Fizzling?

As expected, bitcoin’s astounding rise has also brought heightened attention from governments and regulators.  With the upsurge in bitcoin, lots of opportunistic companies hopped on to the bandwagon with nothing more than the word “blockchain” in their name and immediately zoomed higher in value. For instance, a failed publicly-listed biotech company called Bioptix invested in a Canadian cryptocurrency exchange, changed its own name from Bioptix to Riot Blockchain, and saw shares shoot up from about $3 in March 2017 to a high of about $39 by mid-December.

This rise drew scrutiny when CNBC reported that the name change really wasn’t backed up by any real developments in blockchain technology, and there were shady stockholders practices as well, at which point, the shares plummeted back to earth. At last check, the stock was trading at about $10 bucks, down substantially from its $39 high. Some say it’s still well above what the company is really worth.

In addition, multiple nations like China and others appear to have increased regulatory oversight taking some steam out of cryptocurrency and blockchain companies. Investors are getting warier and warier, justly afraid of the possibility of a collapse to near zero.

Moreover, bitcoin appears to have lost its allure, with Google reporting a sharp 80% drop in keyword searches for the words bitcoin, blockchain, and cryptocurrency, from mid-December to early March.

As a matter of fact, on one of the days when the market dropped a lot, I noticed that Bitcoin was actually up for the day. I happened to be watching CNBC and heard not a peep about it from the talking heads. At that moment, I realized that, at least for the time being, the Bitcoin hysteria was over.

And finally, just the other day, the chairman of the SEC warned would-be crypto-companies about the regulatory risks of launching new coins.

He said he “loves this technology,” but believes companies shouldn’t ignore existing securities law, and he highlighted how some companies have turned to blockchain to raise money when they couldn’t through normal means, and he found that troubling.

So, what next? While Bitcoin’s wild spike in value has everyone talking, the currency isn’t anywhere close to disrupting government-backed paper money or digital payment transactions, and the banking sector is under no imminent threat.

That said, the fire has been lit, and the interest in cryptocurrencies is too big to ignore.  The rise of e-commerce worldwide, new digital payment platforms, and other advantages of having a purely digital currency in a digital world is beginning to change the playing field for transactions worldwide.  It looks like the seeds for disruptive change down the road have been sown.

Let’s see what the future holds.  I can foresee central banks experimenting with utilizing variations of blockchain technology and wouldn’t be surprised if, in one to two decades from now, we’re all trading with purely digital currencies.

An investor investing in cryptocurrencies could lose all or a substantial portion of their investment. Such investments should only be considered for speculative purposes using discretionary capital. Investments in cryptocurrencies are not suitable for all investors. Further, cryptocurrency has a limited operating history or performance and fees associated with cryptocurrencies are substantial. For other information about the risk associated with investing in cryptocurrencies, please visit the U.S. Securities and Exchange Commission’s site at https://www.sec.gov/oiea/investor-alerts- bulletins/investoralertsia_bitcoin.html
Investing involves risk and investors should carefully consider their own investment objectives and never rely on any single chart, graph, or marketing piece to make decisions. The information contained herein is intended for information only, is not a recommendation to buy or sell any securities, and should not be considered investment advice. Please contact your financial advisor with questions about your specific needs and circumstances. There are no investment strategies, including diversification, that guarantee a profit or protect against loss. Past performance doesn’t guarantee future results. Equity investing involves market risk, including possible loss of principal. All data quoted in this piece is for informational purposes only, and author does not warrant the accuracy, completeness, timeliness, or any other characteristic of the data. All data are driven from publicly available information and has not been independently verified by the author.
Sources:https://www.cbsnews.com/news/once-sizzling-blockchain-stocks-start-to-fizzle/
https://www.cnbc.com/2018/03/05/bitcoin-more-likely-to-be-100-than-100000-in-10-years-kenneth-rogoff.html
https://www.bloomberg.com/news/articles/2018-03-06/searches-for-bitcoin-on-google-drop-to-lowest-since-october
https://www.reuters.com/article/uk-markets-bitcoin/bitcoin-other-cryptocurrencies-tumble-on-government-crackdown-worries-idUSKBN1F50UV
https://www.coindesk.com/price/
https://www.cutoday.info/Fresh-Today/Volatile-State-Of-Bitcoin-Is-Evident-This-Week-As?utm_source=Fresh+Today+120117&utm_medium=email&utm_campaign=Fresh+Today+120117
https://www.cutoday.info/Fresh-Today/Valuation-Of-Cryptocurrencies-Surpasses-Visa-s-Market-Cap?utm_source=Fresh+Today+120117&utm_medium=email&utm_campaign=Fresh+Today+120117
https://www.americanbanker.com/news/bitcoin-popularity-feeds-wall-street-interest