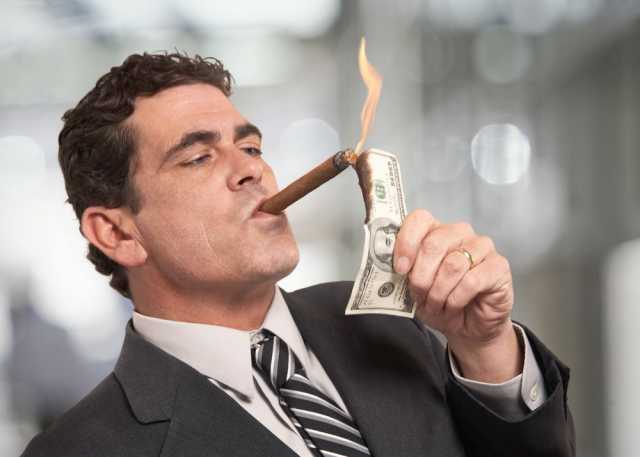 Beware of Excessive or Unnecessary Stockbroker Fees and Commissions

Old timers, before the advent of the Internet, may remember walking into brokerage offices or speaking with stockbrokers on the phone to place trades and being charged hefty commissions as a percentage of the total dollar amount of the trade. Back then, stockbrokers were rewarded for the amount of commissions they generated.  They had every incentive to move your money in and out of different stocks because the more the churn, the higher their commissions. And this churn was really no different from them dipping their hands into your investment portfolio to take money out for themselves.   Not cool!

In some cases, stockbrokers would convince clients into giving them trading discretion and control over accounts, and would then place trades without having to check with their clients. This often led to significant portfolio losses as brokers churned away and customers realized they’d been taken only after it was too late. Some careful brokers would control their trading to the point where stock market gains masked large commissions.  The net effect was still the same.  Investors ended up losing large chunks of their portfolios to unscrupulous brokers.

There have been many examples of this in books and even movies about some of the worst offenders. Years ago there was a tell-all book: Where Are The Customers Yachts? This book told how brokers were making all the money at the expense of the customers.

Some of you movie buffs may also have seen some of this in action in the recent Hollywood blockbuster The Wolf of Wall Street where under-qualified greedy brokers conned investors into trades where the brokers collected as much as 50% in commissions on stocks that were going nowhere.

So churn became such a major issue that the SEC had to step in and change the rules to prevent gullible regular folks from losing their money to greedy brokers. In response, the securities industry moved from commission-based stock brokerage accounts to “fee-based” accounts, purportedly to reduce abuses from excessive churn. With fee-based accounts, brokerages charge an annual fee which is a fixed percentage, typically about 0.5% to 2%, of your total assets. In theory, fee-based accounts remove adverse broker incentives such as unnecessarily recommending or making trades, and – again, in theory – align brokers with your investment goals. But it’s a little more complicated than that. Fee based is not the same as fee-only, the difference being that fee-based advisors can still earn commissions on other types of products like life insurance and annuities for example.

This abuse was also the subject of a recent article on investor portal Seeking Alpha; the article was titled “Investors should beware of brokers who churn” and was written by Jake Zamansky, an attorney at Zamansky LLC, a law firm that focuses on investment and stock fraud.

While old-style churn (from excessive stock rotation) has come down, brokers have found other ways of taking your money – and this show is about helping you protect your money so I want you to know what these are so you can check your brokerage account statements and take action if you suspect foul play.

One new form of churn is switching… where a broker moves you from one fund to another, and gets a commission from the fund he’s switching you into… so this is really just another form of churn except it’s between funds, not individual stocks.

For example, certain annuities reward brokers handsomely for new accounts; many of these annuities charge hefty fees, which are not disclosed to you and may not be right for you… but if you have a rogue broker, he may convince you of the benefits of switching while his focus really is on earning a handsome commission without really doing what is in your best interest.

Another way you lose is by paying a fee but getting virtually nothing in return. Here’s how it works – you place some of your money into a mutual fund and pay, say, a 1% annual fee… but all the fund manager does is place your money into a low-cost index fund equivalent where your returns simply match the market and no more, while your fund manager pockets a fee even though he provides no added value. This is what the SEC calls “reverse churning” – which puts investors in accounts that pay a fixed fee but generate little or no activity to justify that fee. It’s something that is creeping up on the SEC’s radar but is difficult to crack-down on.

You should also watch for signs of double-dipping by advisers who generate significant commissions within your brokerage account, and then move you into an advisory account and collect additional fees.

Here’s how you can tell you if you’re losing out. In your annual or monthly brokerage statement, look for the number of trades made and the dollar amount you’ve paid in fees and commissions. If you have any doubts, call your broker and ask him to explain things. That way, he’ll at least know that you’re watching and perhaps be more careful about unnecessarily switching you in and out of trades or funds. But if you find he has been doing this. Fire him and find someone else!

I know this isn’t something we should have to worry about but the reality is that stock market fraud exists and I’d like to bring it to your attention so you do not become a victim. Ideally, broker-dealers should include clear disclosure and self-regulate, and monitor for low-volume activity in fee-based accounts, high-volume activity in commission-based accounts and switches to fee-based accounts. But until we get there, it’s best that you know what you’re up against and how to protect yourself against such fraud.