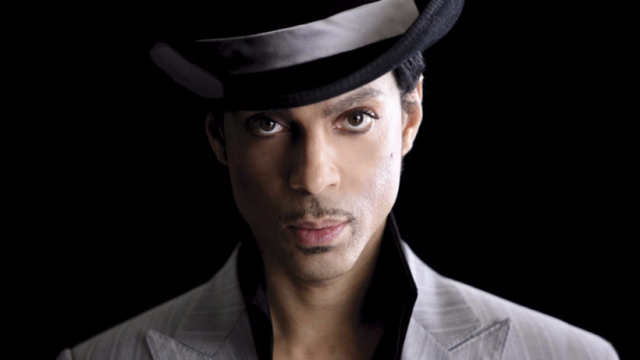 As most of you know, the much-loved singer, songwriter Prince died recently of unnatural causes at the age of 58. He was a musical innovator best known for his eclectic work, flamboyant stage presence, extravagant dress and makeup, and wide vocal range. Prince sold over 100 million records worldwide, making him one of the best-selling artists of all time.

But with the mourning over his death barely over, bickering has already begun over Prince’s estimated $200-300 million estate and $500 million back-catalogue. Prince died with no known will — so his sister, Tyka Nelson, and five remaining half-siblings will likely inherit his fortune under Minnesota state law. But whatever the final result, squabbling over the millions promises to be a drawn-out process.

BBC ran an article written by Kate Ashford, which spells out a lot of the ramifications of contesting a will and other aspects of wealth transfer after death; so, as I always like to do, we take a recent celebrity’s death to educate you about your money.

A mother and father own a farm and have four children. Only one of the children, let’s call him Michael, works on this farm. He does so for 40 years for little pay, keeping it afloat, while the other three children have successful careers elsewhere. In their estate documents, the parents stated that when they die, the family farm should go to Michael and the family home should go to the other three siblings.

Unfortunately, the parents also added a paragraph that said, “These are the arrangements to be carried out unless the children vote to change it.” Now, after the parents’ death, the other three siblings outvoted Michael and are each suing for a quarter of the value of the entire farm. If they win, the farm will be liquidated, leaving Michael with only a quarter of the value of the operation at age 60.

This is the situation facing a financial planner in the State of Virginia who says: “There is no question what the parents’ intentions were, but the siblings are still taking Michael to court. They no longer speak to each other. They all think Michael is being greedy. They will lose the court battle but the family may never heal.”

Contesting a will is a gut-wrenching process and could potentially be avoided if more families talked about estate planning in advance. Despite the many obvious benefits of estate planning, three-quarters of all wealthy families in the U.S. don’t discuss money and inheritance ahead of time, in ways that avoid misunderstandings and unintended consequences after they’re gone.

There’s usually also a lot of animosity that develops over the years and makes wills that much more contentious. The war extends beyond the will into settling decades of simmering tensions.

So if you’re in a situation where you’re faced with contesting a will, make sure you have good reasons and a fair amount of stamina because disputing a will isn’t easy.

Here’s what you should know:

You can’t dispute a will, unless you can prove that there was a will out there before.

What it will take:

Depending on where you live, you may also need to have “standing” to contest a will. To have standing, you’d need to have been in-line to inherit even if there had been no will. When there’s no estate document, the rules of intestacy apply, which are the state or country laws that apply to the transfer of an estate after a death. Typical intestacy rules might pass property to a spouse first, children second, parents third, and so on, down to the last next of kin. If you aren’t one of those people — you’re a family friend, for instance — you can’t dispute a will, unless you can prove that there was a will out there before that said, “I leave all my money to my friend,” and was then changed.

How long you need to prepare:

If you plan to contest a will, you’ll need to act before any statute of limitations applies. In most U.S. states, that’s two years after a will has been legally filed with the probate court. If in doubt, consult an estate attorney on how much time you have to take action.

With a cool head, see if you have a case. It’s not enough to be sad or angry about a will’s contents or to think its terms are simply unfair. You have to show valid legal grounds for overturning the deceased’s written wishes. These include lack of capacity to write or understand the will, undue influence by someone else, fraud, or forgery. And the burden of proof will always rest on the person attempting to contest the will.

Look for an “incontestability” clause. This is a clause in a will that states that if anyone contests it, they won’t receive whatever inheritance was originally assigned. If the clause exists and you live in a state that accepts it, contesting the document will leave you with nothing.

If you are successful in challenging the will and it’s found to be invalid, any previous will that exists will become the official document. If there is no earlier will, the provisions of intestacy rules will apply. States and countries have different rules but they generally follow lines of spouses, civil partners, and children in that order and in various percentages of the total value of the estate.

Depending on the outcome you’re pursuing, the costs may outweigh the benefit. Probate litigation is not cheap, so don’t fight a case where the potential winnings are roughly the same as your legal expenses because all the headache and heartache is simply not worth the trouble.

If you decide to contest a will, you’ll likely deal with family members or close friends — so be prepared to sever ties afterward.

Hire the right person. Don’t trust just anyone with this sensitive legal matter. Instead, find an expert in the field who does nothing but estate planning.

Communicate beforehand. Speak to family and loved ones before they die so you know what to expect.

While you may think you deserve your “fair” share, always remember, you don’t get to decide what your parents do with their money. They could give it all to a charity, give it all to you and your siblings, or leave it to someone who’s not even a part of your family. So lower your expectations to zero, speak with them beforehand, and accept whatever decision they make—just as you’d want your kids to accept whatever decision you make with your assets.