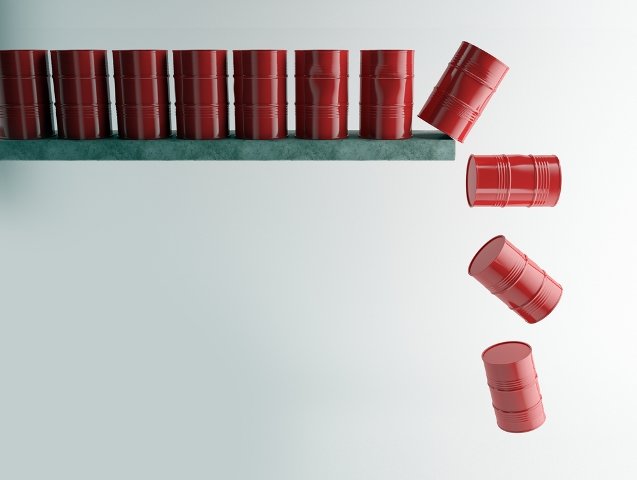 Oil prices have seen a fair amount of volatility over the past 20 years – with West Texas Intermediate or WTI Crude climbing from a low of about $11 per barrel in December 1998 to a high of almost $134 per barrel in June 2008, just ten years later, then falling sharply on recessionary concerns to $34 per barrel by February 2009… rising again to a high of $110 in April 2011, then getting pounded down from $106 in April 2014 to its current level of about $46 per barrel – so that’s quite a ride.

But as a recent CNBC article by Patti Domm suggests, don’t expect oil prices to rise again anytime soon because there are 5 fundamental factors at play that could take oil still lower, to a new tipping point.

That’s because the negative factors that have pounded oil prices over the past year continue to hang over the market, with significant oversupply of about 2 million barrels per day – as Economics 101 tells us, when supply strongly exceeds demand, prices must fall. But the chief wild card that could send oil to new lows is Iran — and uncertainty about when and how fast it can bring crude back to the market now that Iran has agreed to terms of a new nuclear deal with six leading nations including the U.S.

So here are five key catalysts that could drive oil prices lower.

With the end in sight for sanctions, Iran is desperate to get its oil money flowing again and wants to flood the market with oil

The U.S. and five other nations agreed, in July 2015, to lift sanctions against Iran in return for curbs on its nuclear program, and about two weeks back – on October 18 – the agreement was formalized based on Iran’s meeting its commitments to the deal. Those sanctions included a ban on Iran’s oil exports which gravely hurt Iran’s economy… so now, with the end in sight for sanctions, Iran is desperate to get its oil money flowing again and wants to flood the market with its oil.

Shortly after the agreement was reached, an Iranian official said the country had already secured buyers from Europe and Asia for more than 500,000 barrels a day in new exports once sanctions are lifted – with a final assessment by the International Atomic Energy Agency expected by Dec. 15. So Iranian oil could well come to market by year-end 2015 – and add to the existing surplus. And that’s going to adversely impact the price of oil – taking it still lower in anticipation, with oil possibly hitting bottom late this year or in the first quarter of 2016.

A second thorny issue for the market is the buildup of inventories. Recent U.S. government data showed an 8 million barrel surge in crude stocks, with a record high 247 million barrels now stockpiled in the Gulf Coast alone.

Analysts are also watching the buildup of refined products, which will only increase when refinery maintenance season ends in the next couple of weeks. Refining capacity has been added around the globe. Saudi Arabia, for instance, shipped less crude in August but more refined oil products. The U.S. has also increased refined-product exports, and is a net exporter of more than 2 million barrels a day.

But that’s good news for consumers – this big surplus of crude oil will turn into a surplus of gasoline and diesel, and that should mean lower prices at the pump, more consumer savings and perhaps cheaper airfares.

A third bearish factor for oil has been, and continues to be, the resilience of the U.S. oil industry. Saudi Arabia and OPEC vowed last fall to continue producing and to allow the market to set prices in an oversupplied world, a factor they were hoping would curb non-OPEC production.

But U.S. production, despite shut-in rigs, has not fallen that much. Analysts had been expecting some companies to lose funding to continue operations but it seems the industry is doing better than expected and U.S. production may not roll over like people think.

But falling oil prices will impact the oil industry, making wells unprofitable at different price levels depending on the technology used… and that will impact investment and jobs in the energy sector, which could be a drag on the U.S. economy while also keeping prices low and keeping the beast of inflation at bay.

Russia and Saudi Arabia are the world’s biggest oil producers, and both of them have taken a full-throttle approach to lower prices in an effort to gain or hold share. Saudi Arabia led OPEC in its plan to use market pricing as a weapon to slow overproduction – and oil analysts see little chance of a change in policy, adding further downward pressure on prices.

But the strain of low prices is wearing on both Russia and Saudi Arabia, and forcing those countries to shield the blow by issuing more debt – but even they will not be able to sustain production in a low-price environment forever. So prices could rebound down the road, but not anytime soon.

Oversupply hit the world market at the same time that demand from the emerging world and China was dampening. China reported GDP of 6.9 percent for the third quarter, just below last quarter’s 7 percent pace, but worries about Chinese growth and demand have also put pressure on oil prices.

The World Bank expects oil prices to remain weak through next year, and it cut its expectations for crude. The Bank said Iran’s return to the market will dent oil prices, but it also noted weak global growth.

Besides overproduction, high inventories and weak demand, another factor that could weigh on prices are speculative investors who could slam oil prices once Iran brings oil back onto the market.

So, the good news for most of us is that gasoline prices could head lower, and heating bills could fall for those that live in colder parts of the U.S. Falling gasoline prices also have a ripple effect by lowering transportation costs, which in turn could reduce the price we all pay for food and other retail items. This lowering of retail prices means inflation would likely stay low… and could give the Federal Reserve one more reason to hold off on raising interest rates – and that’s good news for us because it will hold down our borrowing costs on everything from a mortgage to the financing costs for things like cars, appliances, etc. So, as consumers, low oil prices for the foreseeable future is mostly good news unless your job is in the energy sector. 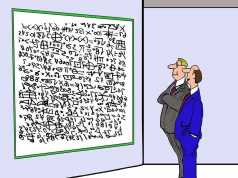 How To Invest In Today’s Complicated Market 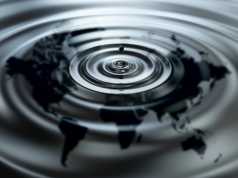 Falling Oil and Its Global Impact 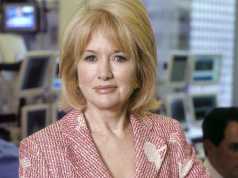 Mack’s Take on the Boom in U.S. Stocks and the Bust in Oil