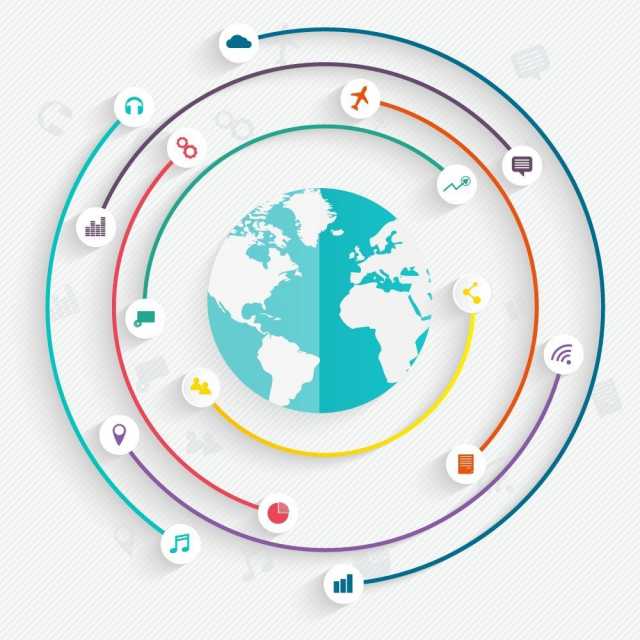 1.   Phablet sales are rapidly rising and will soon surpass smartphone and tablet sales. Phablets are basically small computer tablets with built-in mobile calling capability – sort of like mashing an iPad with an iPhone but smaller. So it seems like we’re converging on our communications devices – where we want a computer that we can carry around and access the Internet, and also make calls with – seems logical.

2.  While much has been made about Ebola – with so much media coverage – it’s nowhere near the leading cause of death… in fact, many other causes – such as HIV/AIDS, respiratory infections, diarrhea, malaria and stroke – outnumber Ebola by 100s or 1000s of times.

…the developed world spends about $1.25 per day for data connectivity, about equal to what people in the developing world spend per day on EVERYTHING!

4.  This one’s interesting – the annual revenue from computer and mobile Apps now exceeds Hollywood’s revenues per year and continues to rapidly rise while Hollywood revenues are now in decline as people find entertainment at their fingertips – on tablets, phones and phablets!

5.  Here’s another interesting one that brought a smile to my face… Bill learned a great philosophy on how to know if you’re still young from a 91-year-“young” Shimon Peres who said:

Count the number of achievements in your life.

Count the number of dreams in your brain.

If the number of your dreams exceeds your achievements then you are young.

That’s great news… and now I know I am definitely young because my head is still so full of many, many dreams that I want to still make happen.

7.  Here’s another… it now takes as low as two years for a company to achieve a billion dollar valuation, down from the nearly 20 years it would take earlier. For example, Google became a billion dollar company in about 8 years but a mobile driving app called Waze hit the billion mark in less than 2 years.

8.  This one’s encouraging for alternative energy – it takes only a tiny fraction of the earth’s land area – covered with solar panels – to power the entire earth with solar energy.

9.  LED lighting has been making huge and continuous strides in cost reduction, and in increasing the amount of lumens per lamp, so that over time, LED light bulbs could cut our lighting energy use by 80%. That’s phenomenal and will significantly reduce our energy consumption.

10.  There are 10 million people who own Bitcoin – a form of purely digital, unregulated currency – but most of them are just holding onto it. 9 million of those 10 million have never done a transaction. All the transactions were done by just 10% of its holders. He also learned that Gold is even more biased. There’s $10 Trillion worth of gold in the world, but almost none of it is ever used for transactions – it’s mostly used for jewelry and bullion reserves, with much of the world’s gold tied up in India’s love for gold jewelry.

Over the past year, the value of Bitcoin has gone from about $1200 to about $250 today, but over the past 5 years, it was still the best performing currency in the world.

11.  Infectious diseases have caused more deaths in the world than all wars AND natural disasters combined.

12.  If we were to make a computer that equaled the full power of a brain today, it would take 10 Terawatts to power it. ALL the power used by the entire planet today is about 15 Terawatts. And our brain – an ordinary human brain – consumes only about 10 watts – amazing!

13.  While we complain about less than 6% unemployment, data across the globe is much worse. For example, 58% of Greece’s youth – in the 15-24 age bracket – are unemployed; that youth unemployment number is 57% for Spain, 40% for Italy, 24% for a developed country like France, 20% for the UK but a respectable 8% for Germany. So a lot of the world has it much tougher than us, and I attribute our relative good fortune to the robustness and resilience of our economy.

14.  Of all the Fortune 500 companies, fully 40% were founded by immigrants or children of immigrants. That’s a pretty amazing percentage.

15.  Only 30 cities received fully HALF of the $5 trillion directly invested in commercial real estate over the last decade – with most of it going to London, New York, Tokyo and Paris. Of the Top 30 cities, 16 were in the U.S.

16.  This one’s a cool little factoid – all the people on earth today are only about 7% of ALL the people who have EVER been alive in all of history.

17.  Cyber-security and hacking are major issues. John Chambers, CEO of network equipment maker Cisco declared that EVERY company and EVERY country will be hacked – over time. His exact words: There are two types of companies: those who have been hacked know it, and those who don’t yet know they’ve been hacked. Chambers thinks problems with security and hacking will go up exponentially in 2015. He says, if you think 2014 was bad, 2015 will be worse. Frankly, hacking is cause for worry because our assets are basically all virtual and susceptible to being stolen – our money is digital, our healthcare information is digital, our credit card and social security numbers are online, our social and personal lives and secrets are online – at forums like Facebook, in email, text and photos on our phones, etc… so let’s hope more is done to secure us.

Illuminating insights – it’ll be interesting to see which of these trends continue and which predictions play out.