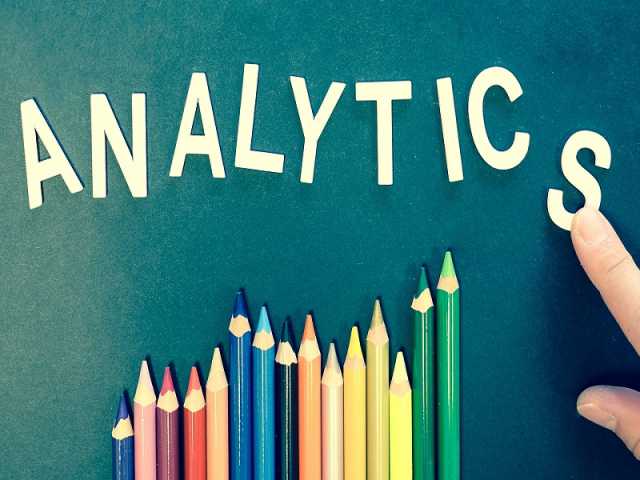 This week’s Real Estate Roundup found Steve talking with Terry Story, 30-year veteran at Keller Williams, about the importance of real estate agents having a good understanding of the local real estate market.

Steve started things off by asking, “How much of an agent’s life and career is based on extreme local knowledge?”

According to Terry, a good agent will thoroughly localize themselves with all of the properties they’re selling, whether they live in the area or not. Agents should know the numbers: what’s selling in that neighborhood and for how much. A good agent will even know what houses are going to be hitting the market before they’re even listed. They have that knowledge because they’re talking with people in the neighborhood, they’re walking the streets, and they’re talking with other realtors who handle properties there.

That’s the kind of knowledge that can be critically important for agents in terms of helping their clients get the best deals in the best neighborhoods. Really knowing the neighborhood and the properties in it can make a big difference when it comes time to negotiate price. An agent with a lot of local knowledge is a very valuable resource when you’re looking to buy a home, especially in an area that you’re not familiar with.

There’s more to selling a house than simply having a license. Just about anyone can get a license to sell homes. But experience and a genuine understanding of how things work is important. A family may sit down with a licensed, skilled agent, but then decide to let their cousin or brother sell their home. That’s a nice gesture, allowing him to make a little money and get some experience. But is he really the best hire? Is he local? Does he know the numbers? How are his negotiating skills? A good real estate agent can end up making a 4-5% difference in what you pay for a house just because of their experience and negotiating skills.

Clients don’t always know exactly what they’re looking for, either when buying or when trying to sell. An experienced realtor knows how to work with clients to secure an appropriate price for the home to be sold OR to help the client scoop up the home of their dreams at a great price.

A Story About Appliances

Here’s an example of how local knowledge can help you—or how not having it can hurt you. In Florida, all appliances staying with the home have to be listed on the contract. In one instance where Terry was the agent for the seller, she made it a point to show the washer and dryer to the prospective buyer because they were really nice, top of the line appliances and the buyer definitely wanted them. But his agent, who wasn’t local, failed to put the washer and dryer in the contract. And because the seller didn’t want to keep them, when he saw they weren’t in the contract, the buyer’s offer, he just went ahead and sold them for just a few hundred dollars.

When everyone got to the closing, the buyer was furious because he expected the washer and dryer to be included and wanted compensation for the full value. But the seller couldn’t afford to do that because he only got $600 for them. They eventually worked things out, but it’s still unfortunate that the buyer missed out on what was probably a $4,000 washer and dryer set. The point is that the whole issue could have been avoided if the buyer’s agent hadn’t dropped the ball in preparing the contract.

If you’d like to learn more about buying a home or selling your home, check out Terry at Keller Williams!

Steve Pomeranz:   It’s time for a Real Estate Roundup. This is the time every single week we get together with noted real estate agent Terry Story. Terry is a 30-year veteran with Keller Williams, located in Boca Raton, Florida. Welcome back to the show, Terry.

Terry Story:    Thanks for having me, Steve.

Steve Pomeranz:   I once had a client that lived in an apartment building on the beach in Boca.

Steve Pomeranz:   On the beach in Boca, right?

Steve Pomeranz:   Okay, and he went to sell it, and there was an agent who lived in that building that specialized in that one building. And I was like, “Well, why don’t you just go get a really great agent?” He goes, “No, this guy knows this building really well.” And it made sense to me at the time. Now how much of an agent’s life and career is based on this extreme local knowledge?

Terry Story:    If you’re dealing with an agent who’s good, they become super-hyper local in their communities, and a good agent really needs to know their numbers. A good agent knows what’s coming on the market before it even comes on the market because they’ve either been interviewed, they hear the buzz, they’re walking the streets. They have an idea, they’re talking to other realtors, you know realtors talk. So to deal with an agent who really knows the area, I think it is critical in many ways.

For example, when it comes to negotiating, and depending on what side you’re on, but let’s say you’re working for the seller. Well, your agent most likely has been in the other homes that sold and may have sold them themselves. So when it comes to negotiating, and the other agent comes into town who doesn’t know the community, doesn’t know the area, they’re going to have to listen to what that agent tells them.

Not only that, then comes the part of the appraiser. So the appraiser tends to rely on local agents when they’re doing their appraisals. So they’re going to be asking the questions of those agents that are very familiar with the community about the properties. So it’s really to your advantage to use an agent who is very seasoned and has the experience and knows the numbers.

Steve Pomeranz:   So it’s not really just a question of good advertisement. I mean how many flyers do we get in the mail? Anybody with a license can sell a house.

Steve Pomeranz:   But there’s more to selling a house than just having a license. As a matter of fact, you were telling me off air of a story, I think it involved your brother, and so on.

Terry Story:    Situation basically is they want to hire me, but then they’re like, “We have our brother who lives 40 miles away.”

Steve Pomeranz:   Yes, so you want to throw them some business, or the brother-in-law-

Terry Story:    Right, which is a nice gesture, but is he really the best hire? Does he really know the numbers? Just negotiating alone, an agent can make a 4% spread difference in their negotiating skills, especially if they have the knowledge of that particular marketplace.

Steve Pomeranz:   When I was looking for a house, when we were moving to Delray, I really felt sorry for the agent, we drove him crazy. But he was so patient with us, and actually, the house we ended up buying was one which had not come on the market yet. It was just this agent had local knowledge, and she told the person who was representing me, and we went in to see it and that was the one.

Terry Story:    Yeah, it happens all the time. I know of properties that are coming on the market and the first people I bring it to the attention to are my clients. A lot of times I sell homes before they even hit the market. That’s why when you see these days on market maybe one day, a lot of times that was because the deal was put together before even you saw it on the MLS, Multiple Listing Service.

Steve Pomeranz:   Talking about buying and selling homes, what about dealing with the appliances? I know that that can be a sticky situation.

Steve Pomeranz:   Give us some stories about that.

Terry Story:    When you have a contract, you want to make sure you write down all the appliances that you want to remain. See here in Florida we have, it has all the appliances listed but it doesn’t have washer-dryer. The agent has to hand write washer-dryer. Don’t ask me why, but that’s the default. I recently had a situation where the seller asked, “Hey, can we keep our washer-dryer?” But this is before contracting, like “Yeah, we cannot include it in a contract, not a problem.”

Terry Story:    Which is fair. So he sold them and one was really expensive, brand new, a year old washer machine, like fancy.

Terry Story:    This real fancy-dancy one, sold them for 600 bucks. So I get to the closing table, the buyer’s furious, they expected them to stay. The seller feels bad because he thought he did them a favor by getting rid of them. He sold them for 600 bucks, right? So the buyer’s looking for compensation. Of course, the buyer wants the full amount, what would a new washer dryer cost? Basically, I brought it down to the smallest dollar amount, which is how much is a used washer dryer really worth?

Steve Pomeranz:   And you had a number because the seller had-

Steve Pomeranz:   Unfortunately for the buyer, they really want a $2,000-

Terry Story:    Right, you feel bad. There would not have been an issue if it was in writing, that’s the whole thing.

Steve Pomeranz:   So that’s the moral of the story.

Terry Story:    That’s the moral of the story, make sure all the appliances are written in the contract. Don’t assume because somebody said that they’re included, that they’re actually included. And that’s for anything that’s considered personal property, light fixtures, all of that.

Terry Story:    Ceiling fans, fancy ceiling fans. Ask are there any exclusions, and same, sellers, if you have an exclusion, make sure it’s very clear in the contract, “Dining room chandelier excluded.” Otherwise, you run into the situation, it doesn’t happen that often. Oh, refrigerators, garage refrigerators. I can’t tell you how many times we fight over the garage refrigerator.

My guest as always is Terry Story, 30-year veteran with Keller Williams, located in Boca Raton, and she can be found at terrystory.com. Thanks, Terry.

Terry Story:    Thanks for having me, Steve.