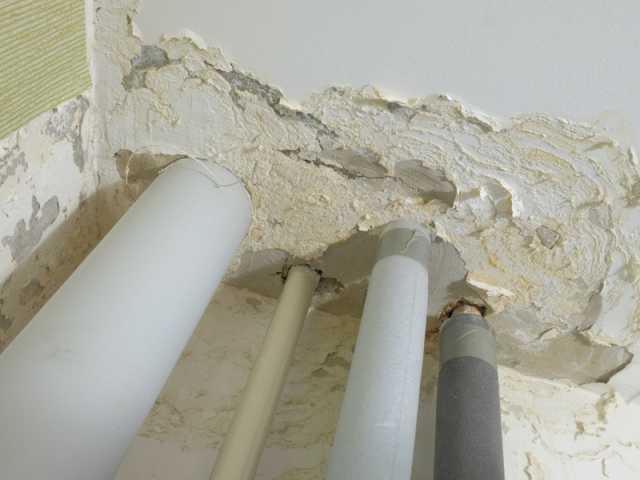 Real Estate Roundup begins with the effect rising inflation may have on the Real Estate Market.  Terry jokes that Steve always predicts inflation rates will rise and it looks like this time they will.

In other Real Estate news, Freddie Mac just expanded to 3% down for new homebuyers.  This is a good sign for the economy because it means the housing market will continue to be strong.

Steve and Terry answer listeners’ questions.  The first question concerns personal property damage at a condominium association. A common plumbing pipe, located on one of the garages, was leaking and damaged an electric table saw located in the garage belonging to a unit owner.

The owner advised that the pipe had been leaking since last summer but didn’t report it to the association. Now the owner wants the association to pay him for the damaged saw.

Is the association obligated to do this?

A community doesn’t allow the use of golf carts.   However, one resident has a valid disabled placard for her vehicle.  She utilizes various mobility devices and has recently begun to use her golf cart to get around the community.

She’s enjoying the fresh air, looking at the scenery, and living her life. So, does her use of a golf cart as a mobility device qualify under the ADA?   Or would the communities no-golf-cart policies supersede the ADA’s authority?

Terry says this falls under the Fair Housing Act, not the ADA.  But the laws regarding people with a disability are essentially the same.  This means that a person with a qualifying disability is entitled to reasonable accommodations under the law.  In other words, she should be allowed to use the golf cart.

Write in your questions for Terry or Steve under Contact us.  We’d love to hear them!

Steve Pomeranz: It’s time for Real Estate Round-up. This is the time, every single week we get together with noted real estate agent, Terry Story. Terry’s a 29-year veteran with Keller Williams, located in Boca Raton. Welcome back to the show, Terry.

Steve Pomeranz: Let’s get right to it. I noted that the Fed made a decision to keep interest rates steady. But they also said they noted some rising inflation. What do you think that means for the real estate market?

Terry Story: It means further gradual increases of interest rates over time. [LAUGH] At some point.

Steve Pomeranz: But not right now?

Terry Story: How long if we’ve been talking about this Steve?

Steve Pomeranz: I know, it’s true. And every time in my world, when experts predict that rates are going to rise, they never do.

Steve Pomeranz: But I think this time they’re going to.

Terry Story: This will be the year. [LAUGH]

Steve Pomeranz: I think. Especially if inflation is rising and it stays that way, interest rates will definitely rise because they track inflation.

Steve Pomeranz: But it doesn’t mean anything for you know, in terms of, [CROSSTALK]

Steve Pomeranz: If I’m going to buy a house, the mortgage rates are going to stay stable, [CROSSTALK]

Steve Pomeranz: Right now. And we know that housing prices are going up. So that’s kind of the inflation story right there.

Terry Story: Right. And interest rates have bumped up a little bit as it is.

Steve Pomeranz: Yeah, yeah. Now, things must be good in the economy because Freddie Mac has now expanded its 3% down payment loan for new buyers. So why do you think they would do that?

Terry Story: Well, my opinion, they obviously feel that the economy is doing well. They also feel that they’re competing against three and a half FHA loans.

Terry Story: This makes it easier for a lot of new buyers. And quite honestly, they obviously feel that the housing market is increasing because they wouldn’t offer this if the market was declining. So in my mind their view of the housing market is that it’s strong and it’s going to continue to be strong.

Steve Pomeranz: Yeah, yeah, I think it’s a good sign. I would tend to worry that only putting 3% down could cause problems in the future. But I think they’ve got that figured out.

Steve Pomeranz: As best as a government agency can actually figure out anything.

Terry Story: It’s really about qualifying and if the buyers do qualify, then we’re good. Last go around, [CROSSTALK]

Steve Pomeranz: They were, [CROSSTALK]

Terry Story: They were qualifying.

Terry Story: You just had to have a pulse and you got the money. So, there is a very big difference there.

All right, let’s change gears here because I like these kinds of questions that people write in. And here is one. Here’s the question. We have a question regarding some personal property damage at our condominium association. A common plumbing pipe that is located on one of the garages was leaking and apparently damaged an electric table saw located in the garage belonging to a unit owner. The owner advised that the pipe had been leaking since last summer, but it did not report it to the association last month. Now the owner wants the association to pay him for the damaged saw. Is the association obligated to do this?

Terry Story: Based on these facts, the opinion is no.

Steve Pomeranz: Why is that?

Terry Story: Well, the association is responsible for damages to the saw if the association knew or should have known that the common element pipe leak was about to occur or was occurring and did nothing about it.

But in this case the association was not negligent in failing to prevent the roof, the leak, because they weren’t aware of it.

Steve Pomeranz: So if something happens, then tell them early, make it official.

Steve Pomeranz: Put it in writing and then move on and you should be okay.

Steve Pomeranz: All right, let’s move on. Hey, I like this one. Our community does not allow the use of golf carts. A resident is in possession of a valid disabled placard for her vehicle and utilizes various mobility devices.

She’s recently begun to use her golf cart as a personal mobility vehicle within the community. In many cases she’s not en route to a specific destination, but she’s enjoying the fresh air. She’s looking at the scenery. She’s living her life. So, does her use of a golf cart as a mobility device qualify under the ADA and protected as such. Would the communities no golf cart policies supersede the ADA’s authority?

Terry Story: The community says that the applicable law in a residential community is under the Fair Housing Act as opposed to the ADA, which applies to public places such as shopping malls and restaurants. However, the law as it applies to persons of disability is essentially the same.

So if a person in question has a qualifying disability that substantially impairs a major life activity, then they are entitled to a reasonable accommodation under the law.

Steve Pomeranz: Okay, it makes sense. So it’s basically saying no matter what she uses it for, if it’s valid, that the Fair Housing Act says that the association has to make an accommodation.

Steve Pomeranz: For this person and, which supersedes the association’s rules. And in that case, she should be allowed to use the golf cart.

Terry Story: [LAUGH] Cruising around in a golf cart that’s not permitted for the disabled.

Steve Pomeranz: [LAUGH] But I mean she is disabled.

Steve Pomeranz: [LAUGH] All right. All right, let’s move on. This is interesting, I want to get your comments, your personal comments on that. We’ve talked ad nauseam, how inventory is so low. And it’s actually even very low in the lower price points, which is kind of surprising because you’d think, yeah, I mean if you have a $5 million house, inventory’s going to be low. But not in the least expensive house. What’s your current experience?

Terry Story: Well, what I find in my marketplace…I had somebody looking for a lower priced home. And there are four houses in our area under 350,000 in East Boca Raton.

Steve Pomeranz: Out of thousands.

Terry Story: Out of thousands. So, yeah, very low levels of inventory. Now, the question is, well, just because you’re priced at a low point, doesn’t mean you’re going to sell it right away. The answer to that is no because if you price a house at 350, and it’s really only worth 295, 280-

Steve Pomeranz: So it doesn’t matter?

Steve Pomeranz: Yeah, yeah, so even if it’s low price by the general standards of the marketplace based on comps and other valuations, it still may be too high-priced.

Terry Story: Right. I’ll give you another example. I have somebody else, their house is worth low 900’s. Well, because there’s nothing on the market right now, he feels we can ask 1.1 million. And I’m like no, it depends on the comps. And the comps don’t support anywhere near that number.

Steve Pomeranz: Yeah, yeah. The comps are pretty accurate these days in that sense. Remember they always lagged, don’t they?

Steve Pomeranz: When markets were rising, homes were sold a month ago or two months ago, it doesn’t really reflect. And it was the same, remember when prices were falling.

Steve Pomeranz: Comps were really a mess back then. But the bottom line is he’s pricing it too high, in your opinion. He’s trying to be clever, thinking, well, there’s no inventory, people are going to pay up. You’re saying no because the comps don’t support it, right?

Steve Pomeranz: Okay, my guest as always is Terry Story, 29-year veteran located in Boca Raton and she can be found at terrystory.com.
Thanks, Terry.