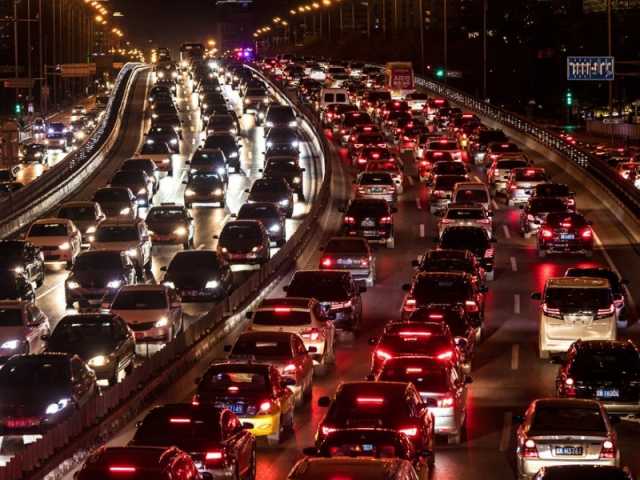 Steve kicks off the show by discussing Real Estate’s Top 6 Challenges Now and in the Future.

#1 Interest Rates And The Economy

In its last meeting of the year, the Federal Reserve bumped up interest rates and projected two more rate hikes in 2019.  Slightly higher interest rates and talk of a slowing economy could make mortgages less affordable and increase the financial burden on those who qualify.

But Democrats gaining control of the House has created uncertainty on whether they’re going to stiffen the rules again.  Potential trade wars could also impact the economy and create real estate challenges.

According to the U.S. Department of Commerce, Americans spent $127 billion on online purchases in the first quarter of 2018.  This e-commerce shift has hurt several big-name brick-and-mortar retailers who are either going bankrupt, such as Sears, or closing some stores, such as Lowe’s.

In responding to shifting retail purchasing trends, landlords are experimenting with new formats such as mixed residential-commercial, and a different mix of stores.  For instance, shopping centers are adding more restaurants and cafes to give people more reasons to visit.

A lack of investment in infrastructure, such as roads, utilities, public transport, and transit, is creating economic drag.  Poor and aging infrastructure also negatively affects the expansion and development of real estate, which depends on well-maintained and reliable utilities, roads, etc.

A nation’s infrastructure helps people move about and is incredibly important for the economic health of a country.  If deteriorating infrastructure isn’t properly addressed, it could create huge long-term real estate challenges.

With strong signs that global warming is for real, states and local communities are increasingly setting up policies around energy regulation and environmental sustainability.

For instance, there are new restrictions on construction in environmentally sensitive areas.  These legal and regulatory obstacles could slow down real estate projects at a time when new construction is already sluggish.

Growth in real estate is intrinsically linked to population trends.  New restrictions on legal immigration under the Reforming American Immigration for a Strong Economy Act have cut the number of green cards from 1.1 million to 500,000 annually.

Consequently, there will be significantly fewer new home formations in the U.S., and less demand for housing for immigrant families.

Legal immigration has long been a vital component of America’s economic vibrancy.  Aside from labor shortages, stifling legal immigration could reduce economic growth, reduce job creation, and cut down demand for commercial and residential real estate.

Foreclosures were a major topic after the 2007-08 housing crisis.  Thereafter, foreclosures declined dramatically as the economy picked up.

There has been an uptick in foreclosures in 84 of our 219 metro areas.  Steve attributes some of this to homeowner’s dipping into home equity lines to pay off monthly mortgages.  This use of new debt to pay off old debt only drives them deeper into debt, triggering foreclosures.

In October, foreclosure activity rose 55% in Florida.  While that sounds alarming, Terry says the actual numbers are very small.  For instance, going from two foreclosures a month to three is a 50% hike but the numbers are not that great.  Steve chalks this up to yet another misleading vicissitude of statistics!

Steve Pomeranz: There’s a report from the National Association of Realtors, the real estate’s top six challenges now and in the future. Music, please.

Steve Pomeranz: I bet you do.

Terry Story: I do.

Steve Pomeranz: Like, if you were into miniature houses or some miniature-making models, I bet you there’s a magazine for that. Every single-

Steve Pomeranz: Yeah, all right, let’s get to it. So these are the top six challenges now and in the future. Number one, interest rates and the economy. Take us through.

Terry Story: Always, that always affects us no matter what. A bump up in the interest rate can really slow things down. We know that the interest rates bumped up a little bit, but I don’t think that’s going to stay for that long.

Steve Pomeranz: There’s talk now that the economy is maybe starting to slow.

Steve Pomeranz: People, the vast majority of, quote-unquote, experts are saying they still expect the economy to grow at a modest pace. 2 to 3% we’ll say, down from the kind of four-ish percent we saw last year, while mainly due to the tax cut. However, that slowing is still slowing.

Steve Pomeranz: The rate of change is decelerating.

Steve Pomeranz: We’ll put it another way. And that’s going to affect, the economy and people’s ability to have extra cash and do the things they need to do. All right, so that’s a challenge.

Terry Story: Yep, we see tax cuts and job act changes, politically, regarding regulations on community banks, we had this Dodd-Frank Act.

Steve Pomeranz: Yeah, and then that was softened, and now the Democrats are coming back in. It’s creating more uncertainty whether they’re going to try to stiffen the rules again.

Terry Story: Right, right and then, of course,retailers and eCommerce, this is something we hear a lot about. Whether or not the, we’ll call them brick and mortar shop shopping, is going away. Everyone’s doing it all online.

Steve Pomeranz: Well, yes and no. I think the death of the brick and mortar business has been overstated.

Steve Pomeranz: I mean people still like to go to the mall. I mean, it’s one thing to shop online, it’s very convenient-

Terry Story: You got to do something on a rainy or snowy day,

Steve Pomeranz: [LAUGH] Yeah, that is true, and I think people are really starting to see the benefit for that. Plus the fact that I believe these shopping centers, especially the good ones, are changing the mix of the stores.

Terry Story: No, I just think it’s changing, that’s all.

Steve Pomeranz: By any means, it’s just changing, but that is a challenge.

Steve Pomeranz: And that’s what we’re talking about.

Terry Story: Infrastructure, utility roads, transit routes, all of that has an impact on the long-term real estate, as well as natural disasters and climate changes.

Steve Pomeranz: Yeah, well, hold on a second. So the infrastructure’s important because roads and utilities and getting from here to there and all of those things are incredibly important economically for a healthy country. And if we’re seeing that those areas are deteriorating, that’s going to be a challenge for real estate. Because real estate’s built up around good infrastructure and so on.

Terry Story: Sure, you got to be able to get around the community.

Terry Story: And there’s legal obstacles that we face as far as the real estate developers are concerned, that can slow down projects to be turned in on time.

Terry Story: How does it affect new construction?

Steve Pomeranz: And then finally, immigration. There was a point when the number of green cards being issued was 1.1 million, but last year, it’s now shifted down to 500,000. So there’s less people coming into the country which creates more demand for housing.

Steve Pomeranz: Or in this case less demand for housing because there’s fewer of them coming in.

Steve Pomeranz: Okay, good, so lots of luck with that.

Steve Pomeranz: [LAUGH] Okay, here’s another news item that I thought was pretty important, and that is the foreclosure trend. The foreclosure trend, which you and I talked about many weeks, so many years ago during the ’08 crisis, and then the ensuing buildup of the economy and so on, but we saw a huge spike in foreclosures, obviously. Everybody knows this during ’08, and that lasted for many years, and then foreclosures really declined dramatically. But now what?

Steve Pomeranz: An increase in foreclosures?

Terry Story: Correct, it’s something to watch. I don’t really know the real reason for it because it’s not the economy, there’s not job losses.

Steve Pomeranz: Well, maybe people are buying too much house, who knows?

Terry Story: Or I’m wondering if it has anything to do with the fact that a lot of people refinanced, refinanced.

Terry Story: And now, because I do have a client that’s in this boat, they now can’t refinance. And the amount that they owe is so much larger than what they originally owed.

Steve Pomeranz: So you have your second line of mortgage, your home equity line of mortgage. The bank doesn’t know you’re in trouble and so now you’re borrowing from that line in order to make the monthly payments. And now that debt is building because you’re in the hope, positively, you’re thinking, well, business is going to turn around, or I’ll get a new job. And then for some people, it’s slower or longer than they expected, and they start to get in trouble. And now they have more debt than they have equity in their home.

Steve Pomeranz: And then the foreclosure has to happen.

Steve Pomeranz: That’s not very good. Now, there is a statistic here I want to address really quickly. In October, foreclosure activity rose 55% in Florida. Now that sounds scary, doesn’t it?

Terry Story: It sounds scary, that doesn’t mean, [LAUGH] what it sounds like.

Steve Pomeranz: Yeah, I mean if you had two and you went to three that’s the 50%.

Terry Story: That’s 50, right, exactly, exactly. And I can assure you I’ve seen the numbers and I don’t know what they are off the top of my head, but they are very very, very, very low.

Terry Story: And another secret—because there have been no foreclosure—it’s so easy now to foreclose because there’s no waiting line. [LAUGH] I mean the bank decides, okay, we’re going to foreclose, you didn’t make a payment, bam.

Steve Pomeranz: [LAUGH] It’s like selling stock before everybody else starts selling or buying when everybody else is selling. So now, if you’re going to foreclose, foreclose now.

Steve Pomeranz: [LAUGH] Because there’s no waiting, right? But the bottom line is statistics are very misleading. And I will tell you that the news services and all these articles, you’ll always see something like, this is the worst number in the last six years. So what? It doesn’t mean anything. And then they’ll say there’s a 50% rise in foreclosures but again, if you had one, if you had two, now you have three. So just be careful when you start seeing numbers like that.

We are out of time and, of course, I’m speaking here with Terry Story, a 30-year veteran with Keller Williams located at Boca Raton. And she can be found at terrystory.com. Thanks, Terry.