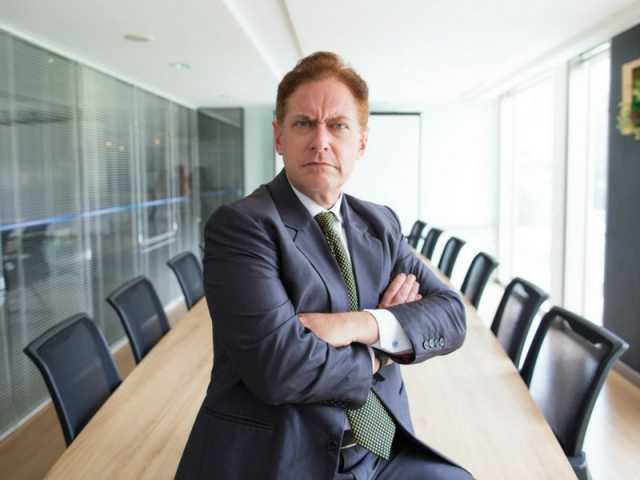 Are We In A Housing Bubble?

Steve starts this week’s Real Estate Round-Up by asking Terry if there is a bubble forming in the U.S. housing market.  Terry’s emphatic response is “No, no and no!” and Steve challenges her to prove it.

Terry says she’s looked at the numbers and statistics herself across the country and prices are still rising in every segment of the marketplace, with nothing decreasing.  She goes on to say that if this were a bubble, you’d start to see cracks in perhaps the western part or the New England part of the country causing a ripple effect, but she just doesn’t see any downward trends and doesn’t believe there’s a housing bubble in sight.  Her insights, she says, are also backed up by the Fall 2017 edition of the “Housing and Mortgage Market Review.”

Bubbles Are Tricky To Spot And Call

Steve gives in but adds that bubbles are tricky and you can never tell when you’re in the bubble.  “It’s all hindsight,” says Terry.  Secondly, Steve says you’ve got to look at the level of speculative activity to see if a bubble is building up or peaking.

Steve refers back to the housing bubble of 2005-2007 when everyone was buying houses by borrowing against their primary residences.  And Terry sees no signs of such elevated levels of frenzy at this point.  So, they both agree that housing does not appear to be in a bubble just yet.

Living With A Bad Condo Board

Next, Steve wants to know what condominium owners can do if they’re living in a community that has a bad condo board.  Terry facetiously (or perhaps not) recommends getting on the board yourself, which Steve likens to a fate worse than death!

More seriously, Terry notes that it really depends on the situation.  While people may be tempted to stop making payments toward the association, she advises against it because missed payments will lead to penalties, interest, attorney’s fees, etc.  So, if you have an issue with a bad condo board, Terry believes you should continue to make your payments and worry about resolving the issue in parallel by getting your neighbors involved so the board sees this as a real issue that impacts many members of the community.

Steve cites an example of a bad condo board as when you’re paying high association fees but don’t see that reflected in the physical upkeep of the community, with your money not going where it’s supposed to.

Terry reminds us that the people on the board are all volunteers and suggests waiting for the next election to change out the board of directors with people who share your concerns.  And if it’s really severe and time sensitive, residents can try to force a recall election to replace some or all of the board members mid-term… but that’s pretty nasty, adds Steve.

Do Looks Matter When Selecting An Agent?

Switching gears, Steve cites a study at Florida Atlantic University, in Boca Raton, that looks into whether clients always pick the best-looking agent.  Terry jokingly says her looks were the secret behind her success but seriously believes looks do not matter.

In the study, researchers found that agent attractiveness, gender, or marital status were not major factors in the real estate industry.  So, Terry’s closing advice is that agents must dress nicely, look their best, and be professional because they’re representing somebody’s property as a high-end asset and should dress and act the part.

Steve Pomeranz: It’s time for Real Estate Round-up, this is the time every single week we get together with noted real estate agent Terry Story. Terry is a 29-year veteran with Coldwell Bank located in Boca Raton, Florida. Welcome back to show Terry.

Steve Pomeranz: Well, it is 2017 and the big question is, is there a real estate bubble forming? Is there a bubble for the US housing market?

Terry Story: No, no and no.

Steve Pomeranz: Why? Prove it.

Terry Story: Nowhere across the country. I’ve looked at numbers and statistics myself, but in every segment of the marketplace, prices are still rising, nothing is decreasing. So, in order for a bubble to start, you’re going to start to see cracks in maybe the western part of the country, the New England part of the country, and then the ripple effect. But nowhere across the country is there any downward trend. So, there’s just no housing bubble in sight. And this is also according to the fall 2017 edition of the Housing and Mortgage Market Review.

Steve Pomeranz: Okay, well, bubbles are tricky. I mean that’s a question in the investment business all the time, are we in a bubble? Especially in the stock market now, I hear that question quite a bit.
First of all, the first rule of the bubble idea is you can never tell when you’re in the bubble.

Terry Story: Well, I still have investors buying and there actually is a flipper still out there.

Terry Story: And what’s interesting you’ll hear all across the news or wherever home prices are hitting an all-time high.

Terry Story: But you’ve got to think about it for a moment. It’s a little bit overblown and overstated because after adjusting for inflation, the national home prices are still 10% below the peak. So, we’re not even at peak even though it feels like we are because we have to factor in inflation.

Steve Pomeranz: Yeah, remember the bubble of 05-06, how many flipping shows were there on TV? Everyone was buying a house; they were borrowing money. Borrowing against their primary residence, buying two or three houses. I mean, I was asked to provide data for an article that was written at that time by the local newspaper. And the cover of the article ended up, was totally opposite of what we told them.

Steve Pomeranz: But they show this family, the guy was making $45,000 a year in yield, $3 million worth of houses. That’s a bubble, that’s what a bubble feels like, there’s nothing like that right now, I would say.

Steve Pomeranz: Okay, all right, so let’s ask the question about living in a community that has a condo board.

Steve Pomeranz: Could be a good thing, sometimes condo boards can go bad. What do you do if you happen to be in a community where there’s a terrible condo board?

Terry Story: Get on the board yourself.

Terry Story: Yeah, it really depends what the situation is. But first of all. a lot of people will think it’s a good idea to stop making their payments toward the association. This is a sure backfire strategy.  Absolutely don’t do that. You’re going to face penalties, interest, attorney’s fees. So, if you have an issue with the association, whatever you do, whatever it is, just continue to make your payments, and then worry about resolving what was wrong.

Steve Pomeranz: You don’t want to become the bad guy.

Terry Story: Right, so basically you’re going to want to go to the association meetings. Get your friends on board whatever the issue is and keep repeating the situation. Take whatever the situation and have them recognize that whatever your concern is, is a serious situation. Hopefully, the sheer number voicing that same opinion, that can change the rules to whatever it may be. And that’s-

Steve Pomeranz: I don’t mean to interrupt but good example of a bad condo board would be if you’re paying pretty decent condo association fees, and the physical look of the place is terrible. It’s not being kept up, something is wrong, that money is not going to where it’s supposed to go. That’s a good sign of that the condo board’s not doing their job.

Terry Story: Absolutely, and remember again, the people on the board, they’re all volunteers.

Terry Story: So the next option would be to wait for the next election to change out the board of directors. Get some of other people on the board that share your same concerns. That certainly could help resolve the problems. And then finally, if it’s real severe and time-sensitive, you can try to force a recall election to replace some or all of the board members mid-term.

Steve Pomeranz: Yeah, all right, let’s change gears here because this is something that I think everybody wants to know. And the byline is actually from Boca Raton, Florida, of course.

Steve Pomeranz: There was a study by professor’s research…or individuals at Florida Atlantic University, which, of course, is located in Boca Raton, Florida. And they ask the question, do clients always pick the best-looking agent?

Steve Pomeranz: And I know that’s why you’re so successful, so why don’t you answer that?

Terry Story: Yeah, I thought that was the secret to my success. It wasn’t the way I dressed, it was my looks. But interestingly enough, it doesn’t matter. They did this study, they actually changed the visual of the houses. They changed the verbal description, the agent’s photos, and basically, the study found this: If you try to target customers with the same demographics, it’s not necessarily an effective marketing strategy. Some people will try to do that, agents will try to target a certain customer to match the house, but that doesn’t necessarily prove to work or not work.

Agent attractiveness does not entice customers in a way that is consistent with the customer’s sexual interest. So, as much as we think good-looking people, it makes a difference in other industries, it doesn’t seem to show that it makes that much of a difference here. And then there’s no significant difference between gender or marital status.

Steve Pomeranz: But I would say that if you’re a realtor, and you’re in the business, dress nicely, look your best, and be professional.

Terry Story: Yeah, absolutely, right, you’re representing somebody’s property at a high-end asset. So you want to dress and act the part.

Steve Pomeranz: All right, my guest as always is Terry Story. Terry is a 29-year veteran with Coldwell Banker and she can be found at terrysstory.com. Thanks so much, Terry.