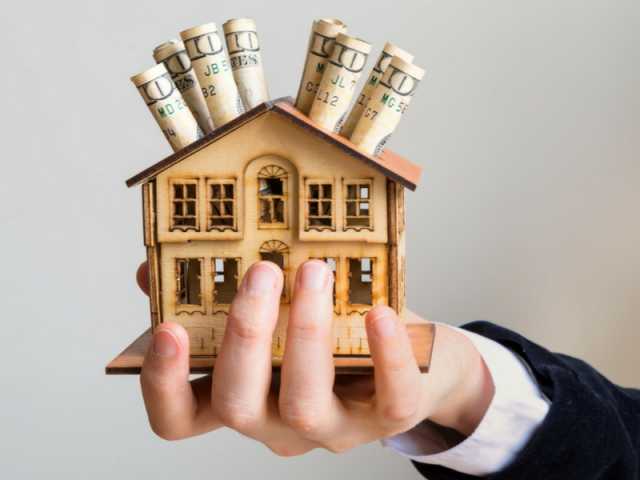 Steve begins Real Estate Round-Up by asking Terry Story for an update on home flipping, which was big back in 2004-2005.  Homes bought for the purpose of flipping represented about 5.9% of all single-family homes and 5.7% of all condos sold in 2017, so 94% are buying homes to live in them.

A handful of Florida cities—Orlando, Tampa, St. Petersburg, and Miami—ranked at the top of the list on flipper homes, even after a slight decline in flipping in the Miami area.

Back in 2004-2005, before the real estate crash, returns on flipped homes weren’t good. Flippers back then were regular folks who could get a line of credit or a mortgage and often bought multiple flipper homes.

Today’s flippers are savvy investors who flip homes for a living, with access to funds and a team of contractors to remodel the house for a profitable sale.

Watch Out For Shortcuts In Flipped Homes

Terry warns of the downsides of buying a flipped home without a thorough inspection.  When buying a home that sold only a short time ago, a flipper home, Terry warns buyers to not be lured by the staging, the cleanliness, and the newness, but to look deeper at the quality of workmanship.

This is where an experienced realtor can see things that a first-time home buyer with rose-colored glasses may not because they’ll only see what they want to see.  This is because first-time buyers often do not have the cash, the experience, or the time to make improvements to the home they buy but can afford a slightly more expensive home by taking on a bigger mortgage and paying a bit more each month, making updated homes more attractive than fixer-uppers.

The increases haven’t knocked buyers out of the market thus far but are beginning to put a damper on the real estate market.  For instance, there was a pullback of about 3.2% in sales from December 2017 to January 2018 across the U.S.  In Terry’s local market, she sees the opposite effect with people keen to jump on the bandwagon before rates go up any higher.

Steve likens rising mortgage rates to interest rate inflation, where you want to get in before costs go higher, not prices.  Rising rates will, ultimately, make homes less affordable and could result in stable or even declining prices, making real estate more affordable again.  He warns that these trends do not happen overnight, and this endgame of buyers drying up as rates rise could just prompt sideline sellers to list their homes, precipitating a decline in home prices if there’s a glut of homes for sale.  But with inventory rather low amid robust buyer demand, Terry would welcome more sellers coming to the market!

In closing, Steve moves to the effect of the new tax law on housing.  With interest rate deductibility reduced from a $1,000,000 mortgage to a $750,000 mortgage isn’t likely to impact too many people.  The new law’s removal of a tax deduction for a home equity line of credit’s interest payments, combined with the removal of state and local tax deductions, will hurt spending on home upgrades and broader consumer spending.

Fortunately for Terry, Florida’s lack of a state income tax makes it an attractive destination for people looking to escape high-tax states, which could further raise taxes to make up for the shortfall and lead to unintended consequences. That is, unless you’re a conspiracy theorist who believes “that’s how they had it planned the whole time”!

Steve Pomeranz: It’s time for Real Estate Roundup. This is the time every single week we get together with noted real estate agent Terry Story. Terry is a 29-year veteran with Keller Williams located in Boca Raton. Welcome back to the show, Terry.

Steve Pomeranz: Let’s talk about home flipping. You’re in the business of flipping homes in a certain kind of way anyway. We remember that home flipping was the biggest thing back and 2004, 2005, and so on. What’s it doing now? What’s the level of home flipping right now?

Terry Story: Well, you know it’s representing about 6% of the single-family homes and condos during this past year. It’s 5.9 versus 5.7.

Steve Pomeranz: Okay, let’s see what we’re doing here. You can say that about 6% of all single-family homes.

Terry Story: So, Steve, you’re looking at probably about 6% of all the home sales are flippers.

Steve Pomeranz: That’s a lot. I would expect. I mean with condos and the like.

Steve Pomeranz: So, most people, 94% of people, are actually buying homes to live in them and kind of normal.

Steve Pomeranz: But I understand Miami actually decreased in the amount of flipping to a large a degree.

Terry Story: Yeah, it has. We have seen a decline in the Miami area.

Steve Pomeranz: Now is this the same kind of flipping that we saw before the real estate crash where returns on the investment weren’t that good, but there was just a lot of ease of credit and just a lot of silly people getting involved?

Terry Story: It’s a completely different type of flipper today. The flippers back then were pretty much anybody who can get their hands on a line of credit or a mortgage which was pretty much anyone who had a pulse, and they were becoming flippers. Not only were they becoming flippers, they were doing multiple flipping. Today you’re looking at more savvy investors. A lot of them are doing it for a living. They have the funds. They have the contractors, and I see it all over my marketplace, Steve. Right now, I’ve got one particular client I’ve taken out and three of the houses we looked at were all flippers. And actually, all three of those houses sold immediately. So, there is a strong market for people to want to buy these homes. What I don’t like about them and one particular house we went into, I saw all the shortcuts in the sins that the flipper does. For example, he wants you to believe that the windows are new and he painted the awning, the frame. And wasn’t even a good paint job. You’ve got to look for these things. You can’t be lured by the staging, the cleanliness, the newness of it. You really need to look a little deeper.

Steve Pomeranz: Yeah, so I think that when you have a realtor with you who’s got veteran eyes, so to speak, and kind of see these things, maybe a first-time home buyer has got rose-colored glasses to some degree. You see what you want to see. You believe what you want to believe. You’ve got to go in there and say, “Hmm, they really kind of just painted over this thing.”

Terry Story: And you’ve got to remember if you’re a young person, whatever age person you are and you’re looking at a house and you’re saying to yourself, “Well, I can have this house that’s going to cost me X amount of dollars, but I really don’t have the cash to make all those improvements.” That’s where they can afford a higher mortgage and now they have an updated house versus paying less for a house but not having the cash to make the improvements or maybe the time to do it.

Steve Pomeranz: I remember when I was very young, I moved into a house and I would say, “Well, I’m going to do X, Y, Z.” And then when it really came down to it, I didn’t really have the money. I could barely do X so Y and Z, my wife would say, “Hey, we ever going to do this?” And I go, “No, I guess not.”

All right, so also another change in the marketplace these days are interest rates. It wasn’t too long ago that we saw interest rates for the 30-year mortgage of three and a half percent, three and three-quarters percent. Where are they right now?

Terry Story: They’re in the fours.

Steve Pomeranz: In the fours.

Steve Pomeranz: Is that knocking people out in your experience?

Terry Story: My experience so far, no I haven’t seen it. But articles that I’m reading it is putting a damper on the real estate market. We saw a pullback of about 3.2% from December to January in sales. But in my marketplace, I’m actually seeing the opposite effect. What I see is people like, “Wow, I better get on this bandwagon before the rates go up any higher.”

Steve Pomeranz: It’s like interest rate inflation. You want to get in before prices go higher, in this case, its costs go higher, not prices. Yeah, but that’s going to be short-term demand. Bottom line is, if you just take this through economically to its end, if interest rates continue to rise it makes home prices more expensive and therefore, fewer people can buy and therefore prices will stabilize. They may even start to decline. Especially if the interest rates continue to go up. The idea is that real estate has got to be affordable at some point. So if mortgage wise it becomes unaffordable, then the price is going to adjust downwards. These trends don’t happen overnight, so don’t expect that. It could be great news for buyers, not great news for sellers. But, maybe, I talked about cost inflation, maybe sellers will come out of the woodwork if they think prices are going to get weaker. Which actually could exacerbate the decline if more sellers hit the market.

Steve Pomeranz: I know you’ve been saying that for years.

Steve Pomeranz: What is the effect of the new tax law. The interest rate deductibility was reduced from a 1,000,000 dollar mortgage to 750,000 dollar mortgage. I don’t think that’s going to effect that many people. But they did remove the home equity line of credit interest tax deduction. I think that’s something. And then in a lot of states, the removal of the state and local tax, in terms of your ability to itemize those deductions. I think that’s got to hurt a little bit.

Terry Story: Sure, on a national level it will. But sitting here, in the sunny state of Florida, everybody wants to come down here. And I’m actually seeing my phone ringing from people from up north, and I really believe that this has something to do with it.

Steve Pomeranz: I think the states up there are really in a bind, so if they’re going to collect less tax revenue, they’re going to want to raise taxes which is going to create more flight. These things start trends. They have consequences that are not necessarily foreseen, unless you’re a conspiracy theorist, and then you’ll say, “Oh, they had it planned the whole time.”

My guest as always is Terry Story, a 29-year veteran with Keller Williams, located in Boca Raton and she can be found at terrystory.com.