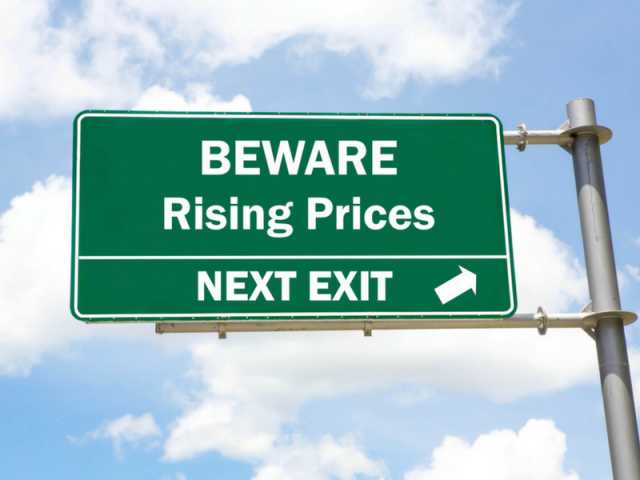 Surge In May 2018 Housing Starts

Builders broke ground on more homes in May 2018 than in April 2018.  This reflects strength in the U.S. economy and the housing market. Low unemployment and a solid job market have also spurred demand for new homes.

The Department of Commerce released its May 2018 Monthly New Residential Construction report.  Housing starts jumped to a seasonally adjusted annual rate of 1,350,000 in May 2018.  This was five percent above the rate in April 2018. Year-to-date, housing starts were 11 percent higher than for the same period in 2017.

Building Permits Were A Weak Spot

Construction Jumps In The Midwest

Steve notes that reports on residential construction can be subject to heavy revisions.  As a result, housing data is rather volatile from month to month. The trend, however, appears to be decisively upward.

New Homes To Cost More Due To Trump’s Tariffs

Increased construction costs will, of course, be passed on to consumers.  Consequently, consumers should expect about a $10,000 jump in home prices.

Mortgage rates are mostly influenced by the yield on the ten-year Treasury bond, which is currently at 2.85 percent.  Fortunately, this rate hasn’t risen too much, of late. However, if the 10-year Treasury yield start to climb, mortgage rates will go up.  Should this occur, homes will become less affordable and demand for homes could decrease.

Housing prices continue to rise due to tight inventory.  For example, in Steve’s South Florida market, condominiums that cost $140,000 a few decades ago, now sell for about $600,000.

Generational changes in demographics also impact housing.  Millennials, for instance, prefer denser communities with residences, shopping, and restaurants all within walking distance.  And popular retirement destinations, such as Florida, are seeing a jump in the construction of assisted living facilities.

Spending on infrastructure, however, isn’t keeping up with all the new construction.  For example, roads and bridges are deteriorating even as usage grows.

Steve Pomeranz: It’s time for Real Estate Roundup. This is the time every single week we get together with noted real estate agent, Terry Story. Terry is a 29-year veteran with Keller Williams, located in Boca Raton, Florida. Welcome back to the show, Terry.

Steve Pomeranz: In the studio once again.

Terry Story: Happy to be seen.

Steve Pomeranz: [LAUGH] Okay, housing starts have surged in May. We’ve been avoiding these kinds of statistics for months now because they’re a little boring. But this is important, 5% surge in housing starts. What is a housing start?

Terry Story: Yep, that’s as simple as it is, new construction.

Steve Pomeranz: And so surging, but where is the surge taking place?

Terry Story: It’s in the Midwest.

Terry Story: I don’t know why, but there’s growth and boom in the Midwest.

Steve Pomeranz: Well, I think the weather is a factor, wouldn’t you say?

Steve Pomeranz: I mean, May is…things are starting to sprout, and the snow is off the streets, and it’s off the field.

Terry Story: And let’s face it, it’s a lot cheaper to live in the Midwest than it is New York City.

Steve Pomeranz: Yeah, yeah, but I think it’s slumping in the Northeast and the South and the West. So we don’t know if this is actually a trend, and that’s important because these statistics can be very volatile on a monthly basis.

Terry Story: Yeah, those are good numbers, but there’s always a downside.

Steve Pomeranz: And what is that?

Steve Pomeranz: So what do you mean?

Terry Story: So, you know that tariffs are being imposed on lumber from Canada.

Terry Story: And what they’re saying is that it’s actually putting on average a $9,000 increase in a house to be built, and you know who’s going to pay it.

Terry Story: No, [LAUGH] no, I think it’s going to be the consumer.

Terry Story: The new home owner’s going to get an additional $10,000 increase.

Steve Pomeranz: Yes, so think about that. Since January, the increase in home prices, part of that, $9,000 of that has been through higher lumber prices.

We can’t say exactly that it’s an exact correlation to any tariffs or the like, but I think we can make the implication that it has something to do with it. Also, the tariffs are going to be on steel and aluminum-

Steve Pomeranz: And other materials that are used to build homes.

So it’s going to mean higher prices. And I think economists are truly worried about this because if you put that together with full employment and a surging economy and now higher prices on raw materials, all this kind of stuff can come together to create an inflationary spiral. And that is why the Fed is raising interest rates, okay?

And interest rates also increase the cost of housing, so what are you going to say?

Steve Pomeranz: Yeah, I can’t tell you exactly what do to about all this, but it’s important that you know. So the top current issues to watch, I just mentioned, interest rates and the economy.

Steve Pomeranz: So everybody, keep your eye on those. We know that short-term interest rates are going to rise because those are controlled by the Federal Reserve. The yield on the ten-year treasury bond is the thing that affects mortgage rates the most. Those have risen, but they’re not rising at the same pace.

So I would say, if you’re watching this stuff, you’ll see news reports about the Fed. That’s fine, you should expect rates there. But find a way to follow the yield on the ten-year Treasury bond. Just Google it, and you’ll find it. And, right now, it’s around 2.9%. If it starts really ticking up, that’s going to be a serious thing.

Terry Story: And then, of course, we just talked about the political situation, tax reforms, policies, that all has an impact. Of course, housing affordability, as you know, due to a lack of inventory, we were seeing prices of homes rise.

Steve Pomeranz: Yeah, well, I have a friend who’s looking for a place now, and she’s been looking, she’s one of these very thorough people, and they’ve been going everywhere.

Steve Pomeranz: I mean, it’s unbelievable. And she was in my neighborhood, and she quoted me, she said, your house is worth x.

And I was like, you’re crazy, it’s not. But she goes, yeah, I think it is. So, some crazy things are happening.

Terry Story: Wow, well, another thing to think about, Steve, generational changes in demographics all affect the real estate market, like office design. Student and elderly housing, that’s a big issue right now. I was telling you earlier, my daughter, who’s a millennial, is moving out of the house.

Terry Story: Yay, oops, I didn’t say that out loud, did I?

Steve Pomeranz: No, not so, you shouldn’t be that excited in public.

Terry Story: No, I’m not. Anyway, she’s moving to a place that she calls Millennialville.

Steve Pomeranz: They’re not really calling it that.

Terry Story: So the way she described it, this community and area is really attracting a lot of the millennials. So there must be restaurants and, however it’s designed, it’s attracting them because all of her friends are moving there.

Steve Pomeranz: So, the over 50 communities, this is the under 40 community.

Terry Story: That’s right, that’s right. So it’s all about amenities and all of that. And then I also heard that the same builder who built this particular place is looking to purchase land across the street to build another one.

Terry Story: That’s all growth towards rental communities, and that all affects the real estate insurance.

Steve Pomeranz: Now, we live in a retirement area, but I am seeing more and more of these assisted-living facilities popping up in every little postal stamp. If there’s a blank piece of property anywhere, they’re putting something up these days, and I’ve seen a number of those.

Terry Story: Absolutely, so have I.

Terry Story: We need those too.

Terry Story: That’s right, they do.

Steve Pomeranz: This isn’t going away. [LAUGH] I didn’t really mean that.

Steve Pomeranz: All right, top longer-term issues, we were still dealing, we still have to watch infrastructure, roads, and bridges and the like are still deteriorating. And it doesn’t look like communities can have enough money to put that together. And Congress surely isn’t doing anything. But also technology is the big one here.

Steve Pomeranz: So we’re talking about advances in robotic manufacturing and warehousing. We keep hearing about that. Driverless cars and trucks, and I’m going to tell you—I’m not going to be in a driverless car.

Steve Pomeranz: [LAUGH] No, I want to drive my own car. And if I’m going to hit something, I want to be the one to hit.

[LAUGH] I don’t want some driverless…who am I going to blame if the driverless car hits somebody? Also, this utilization of our personal and transactional data from the Internet and all the purchases we make and our locations that are on our iPhone and the like. That’s enhancing business decisions, and there’s smart building technology, and on, and on, and on, and on.

All these things are changing real estate and our lives, as we know it.

Terry Story: And our lives, absolutely.

Steve Pomeranz: My guest, as always, is Terry Story. She’s a 29-year veteran with Keller Williams, located in Boca Raton. And she can be found at terrystory.com. Thanks, Terry.