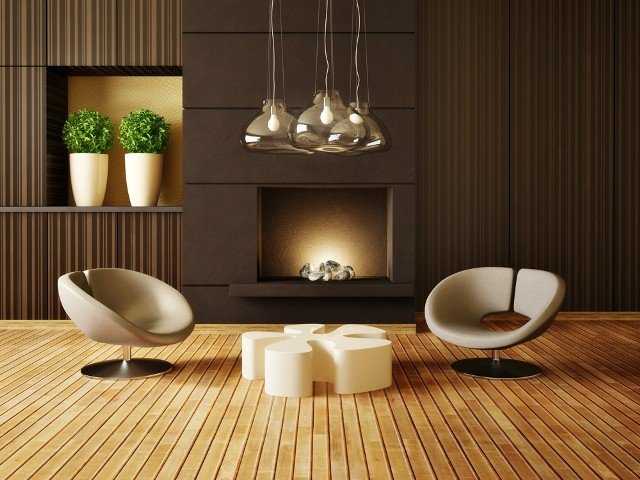 In today’s interview with Steve, Terry talks about the fastest selling home styles and the most desired amenities. Considering that our show airs on 43 stations in 25 states, this information may not apply to all areas and may be more relevant to Florida, California, and other coastal areas.

The home styles selling the fastest are:

The most desired view, according to all indicators, is a city skyline and the most desired amenities are stainless steel appliances, granite countertops, open kitchens, and finished basements, followed then by fireplaces. As far as location, proximity to good schools, stadiums, shopping, transportation, and medical facilities are key elements.

Terry touches on the idea that residual fear from the last housing bubble is holding some people back from purchasing new homes, but with mortgage rates low and more sanity in the market, now could be the best time to buy.

Steve Pomeranz:  It’s time for Real Estate Roundup.  This is the time every single week, we get together with noted real estate agent Terry Story. Terry is a 26-year veteran with Coldwell Banker located in Boca Raton, Florida.  Welcome back to the show, Terry.

Terry Story: Thanks for having me,Steve.

Steve Pomeranz: Hey, so, Terry, what kind of home these days, what style of home, sells the fastest?

Terry Story: Spanish style seems to be a number one.

Steve Pomeranz:  Yeah.  Craftsman style is a style from the ’40s, and they can update it and so on.  I think it originally came out of the Sears Roebuck catalog, but nevertheless, Spanish style sells the fastest.  47 days for a Spanish style, versus 100 days for a craftsman, and 95 days for a ranch.  That’s kind of unusual, and a Victorian sells the slowest at 122 days.  I guess they’re just a question of what’s in style these days, right?

Terry Story: Right, and location is important.  You’re not going to sell a Spanish-style home in the middle of, I don’t know, Kansas.  You’re going to find them in California, coastal cities.  We’ll see homes around here that are Victorian style, not many, and they’re so hard, very hard to sell around here.

Steve Pomeranz: What about the view?  View is so important to our …  golf course views.

Terry Story: Yeah.  I thought this was interesting because everything in my mind is what I’m used to, but according to this report, the best view is city skylines, and that was followed up by golf course views, lake views, mountain views, and ocean views.

Terry Story: I guess, but you can’t have an ocean view in Kansas, either.

Steve Pomeranz: That’s true, but actually the spread on this is not that wide.  It’s 83 days to sell the average city view, but it’s 98 days to sell an ocean view, so I’m not sure that that’s all that important, or that’s a big enough differential.  What about the best home amenity, talking about granite counter tops or basements and so on?  How do they sell?

Terry Story: Sure.  I find this kind of interesting because they say stainless steel appliances.  If you ever go into BrandsMart or any of these places trying to find appliances, I didn’t think they sold anything but stainless steel.  Stainless steel is the number one amenity, and then followed by granite counter tops, open kitchens, finished basements, and fireplaces.

Steve Pomeranz: Right, so a fireplace doesn’t actually lead to selling your home any faster, but a stainless steel kitchen would.  I guess the point is that people who have older kitchens, and need to upgrade, obviously the type of kitchen you want to upgrade to is an open kitchen with a granite counter, and the stainless steel.

Steve Pomeranz: Exactly.  All right.  What about the best location, in terms of what home sells the fastest?

Terry Story: The biggest item is good schools, so it’s all about the school district, followed by stadiums, shopping …

Steve Pomeranz: Being close to a stadium, or being-

Terry Story: I would think that would be really noisy, and loud, and lots of traffic and congestion, but stadiums, shopping, transportation, and hospital.

Steve Pomeranz: Yeah, I know in Florida, too, in some stadiums, you can actually rent out your lawn for like 15 bucks, after…

Terry Story: That could be a good moneymaker.  That could offset your mortgage, and that’s $15, again, in Kansas.  If it’s around here, it’s a lot more.

Steve Pomeranz: What do you have against Kansas?  Cut it out.

Terry Story: I’ve never even been there.

Steve Pomeranz: Yeah, so good school is number one, and the least important feature for selling your home fast is being near a hospital?

Steve Pomeranz: Yeah.  Are you sure, with our demographic in South Florida, that’s still true?

Terry Story: If I had to guess in our demographic, it would be school and hospital.

Steve Pomeranz: School and hospital.  Okay.  All right, what about the best price range, between 200 and 250, or 2 million and 5 million?

Steve Pomeranz: All right, that sells the fastest, those kinds of homes.  Are you seeing many homes in your market in the 200 to 250 range anymore?

Terry Story: I pulled up a search in my area.  There were three homes under $250,000, single family, that were not in a country club.  Just a straight, single family home.  Three of them.  That’s just sad.

Steve Pomeranz: That’s not much.  Right.  Those kinds of prices are pretty darn low today.  More people can afford expensive homes because mortgage rates are so low that it allows you to buy a more expensive home and keep a reasonable monthly payment.  The prices of homes have risen, I think to some degree, because of that, so you don’t really see the 200 to 250.  We’re really talking very generally here.  What price range do you see in your own market that sells the best?

Terry Story: Anything under 500 is our hot cut market.

Steve Pomeranz: Yeah, anything under 500.  Okay.

Terry Story: Yeah, and then we go into a little lull when you’re in the 7 to 9 range, and then over a million it picks up.  Anything under 500, or in the 500s and below, they sell really, really fast.  It’s about where the median price is, too, in this particular area.

Steve Pomeranz: Our show now airs in 25 states.  We’re on 43 stations nationwide, so, of course, we’re in South Florida, and a lot of this information may or may not apply to where you’re at.  We do our best to cover all areas.  One final question, Terry.  Why are so many non-homeowners afraid to buy these days?  What’s the reticence with contacting an agent and finding a new place to live?

Terry Story: Yeah.  75% of those interviewed said that they just don’t flat out want to own a home, and you’ve got to dig deeper.  Why is that.

Steve Pomeranz: Yeah.  They don’t want to go through that again.

Terry Story: Fear is a big reason.  20% of them, they’re just afraid, and that’s nearly a quarter of them, but they don’t know how much of a down payment is needed.  A lot of people think it’s 20%.

Steve Pomeranz: Yeah.  They assume that a much larger down payment is actually required, right?

Terry Story: That’s right, and buyers out there need to realize, you can get an FHA loan for as little as three and a half percent, and 3% on a conventional level.

Steve Pomeranz: That’s down.  Three and a half percent down.  Right.

Terry Story: That’s right, and so it seems like the biggest single issue in all of this is that the lack of awareness of the amount of down payment that it takes.  Credit scores is another issue.  They’ve lightened up a little bit on the credit scores.  It’s still stringent, but not as stringent, so you can get a mortgage with as little as 3% down, and your credit scores don’t have to be as high as they were just a couple years ago.

Steve Pomeranz: Yeah, so the bottom line is if you’re waiting, and you’re wondering, you think you don’t actually qualify, you probably will qualify, so check it out.  Unfortunately, we’re out of time.  My guest, as always, is Terry Story. Terry is a 26-year veteran with Coldwell Banker, located in Boca Raton, Florida, and she can be found at terrystory.com.  Thanks, Terry.
Terry Story: Thanks for having me, Steve.