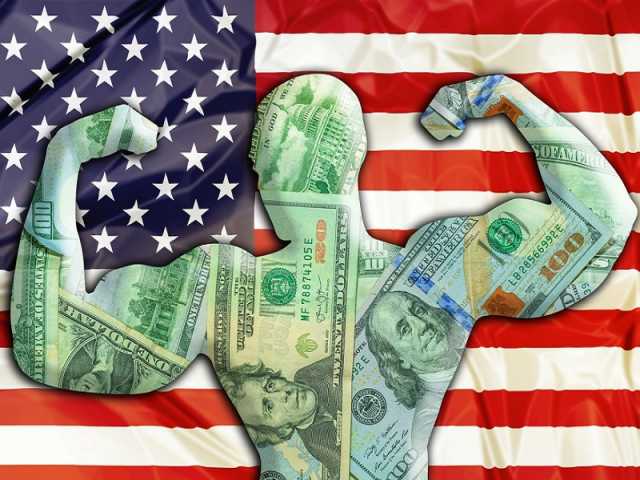 During this week’s Real Estate Roundup, Steve spoke with Terry Story, a 31-year veteran at Keller Williams about the cyclical nature of the housing market. Just like the stock market, the real estate industry is cyclical, with housing prices oscillating back and forth between periods of rising prices and falling prices. Terry and Steve talked about how the real estate industry is often a good economic indicator, revealing how the economy is doing and what direction it might be headed.

When you’re trying to gauge how pretty much anything is doing, you watch out for trends or patterns. This is especially true when you’re trading in the stock market or thinking about buying a house.

A lot of people are asking when the next recession is going to come. Right now, the stock market is at all-time highs. But the prolonged, substantial bull market has some people starting to worry. “Have prices topped out? Do I need to sell now?”

We all know that the stock market is viewed as an economic indicator. The real estate industry is similar in that way because overall economic conditions affect the real estate industry just as they do the stock market. That means that housing prices are also an economic indicator, as they reflect how the overall economy is doing. Housing prices never stay flat for long; they’re always either going up or going down.

What The Real Estate Market Is Telling Us Right Now

There are always unknowns, variables that affect trends in the housing market. But what we can see right now is that the market is really strong. Low-unemployment levels coupled with super low-interest rates and homes in an affordable price range are key factors in the current market. Homes are starting to get priced higher, something that would normally lock out more buyers. But that’s not happening at the moment because interest rates are at an all-time low. They’ve dropped a full percentage point over the last year. For homebuyers, a simple interest rate drop of 1% means they can afford a 10% higher home price. It’s a big deal.

If you look at the stock market, as interest rates go down, we see asset prices rise. This is what’s happening in the real estate market, too. People can borrow money cheaply, meaning they can borrow more and buy bigger and better homes. But this is a bubble that will pop eventually. What we’re going to start seeing is a mismatch between median annual income and median home prices. But because interest rates are so low, the median-home price isn’t being adjusted in line with income. Eventually, if median income doesn’t start to rise, the median home price will have to adjust downward. The market will start to reverse itself. Or if interest rates start rising, that will change the trajectory of the market, too.

Steve Pomeranz: It’s time for Real Estate Roundup. This is the time every single week we get together with noted real estate agent Terry Story. Terry’s a 31-year veteran at Keller Williams located in Boca Raton, Florida. Welcome back to the show, Terry.

Steve Pomeranz: I want to get an idea… Actually, I’ve been writing commentaries about when the next recession is going to come and how to tell, and it’s, of course, a very fuzzy thing to talk about. When the markets are high, the first thing you think about is, am I going to lose money now? Should I sell? And all this.

Steve Pomeranz: The stock market is high. Yeah, I know. There are indicators in the real estate business of the economic conditions and how they’re affecting real estate because real estate is really tied into the economy. Tell us what you know.

Terry Story: As agents, some of the things that we look at to determine… Let me put it to you this way. The market is always going up or down. In real estate, it doesn’t stay flat for very long. Think of it as, are we going up or are we going down? What’s the trend going to be? It stays flat-

Terry Story: Everything. Units, pricing. So, the market’s either going up or it’s going down for the most part. So, what’s the trend?

Steve Pomeranz: Higher price… Excuse me, a second. Higher prices, more sales, less days on market, this kind of thing, that’s up. And then, the reverse would be lower prices-

Steve Pomeranz: More days, which is less sales and so on.

Another real leading indicator for us is the price adjustments. If I go onto our hot sheets, we call them, we can see how many properties are reducing their price. That’s another indicator. Now, we know there’s certain things that we do know. The market is really strong. What we have going is we have extremely low-interest rates, affordability, we have a very low unemployment.

Steve Pomeranz: Home prices are rising, which should-

Terry Story: As a result of these two factors.

Steve Pomeranz: Which should lock out more buyers, but interest rates in the last year have dropped about a percentage point, so people can afford these higher prices.

Terry Story: Do you know, Steve, or do you realize that a 1% shift in the interest rate affects a home purchase by 10,000?

Terry Story: Well, it depends on how close you are to your numbers.

Steve Pomeranz: Well, here’s what I used to say. I use really kind of big fat analogy. Way back when, when mortgages were at 8%, I could afford house of X. And then, when interest rates went to 4%, I could buy a house of X times two.

Terry Story: Actually, you know what? I’m going to retract that. It’s 10%. That makes more sense.

Steve Pomeranz: Use that money to pay more and their debt service, the amount that they need to pay back to the bank, is lower and they can afford more assets. So prices rise.

Terry Story: Correct. So then what happens is we’re going to get to a point where median income versus the median-priced home, there’s a mismatch. As soon as that occurs, which is really on the verge… We keep not adjusting because the interest rates keep dropping, which keeps making it more affordable for the person to buy. As soon as the median income stops and the house prices continue to rise, we’re going to get to a point where it adjusts and then we’re going to start to see the reverse.

Terry Story: Or if the interest rates rise, that will start to change the trajectory of the way that the market is going.

Steve Pomeranz: The good news is that prices are rising, but housing is more affordable because interest rates have come down.

Terry Story: Correct. It’s actually more affordable now than it has been in forever.

Steve Pomeranz: Yeah. Well, yeah, I mean forever is a long time, but-

Steve Pomeranz: There’s that 10%; that’s a lot of money. Yeah. Okay. So the thing is, if you’re a—and you’re going to hate this—if you’re a seller and you’re thinking, “Hey, I want to capture these prices,” problem is where are you going to go?

Steve Pomeranz: Yeah, but you got to-

Terry Story: Worry about it later.

Steve Pomeranz: Where you going to go?

Terry Story: Trust me. Now, well, that brings up a whole other subject, and that subject is part of the reason why we’re low on inventory is because people aren’t moving.

Terry Story: Why aren’t they moving? Do you know, Steve, right now it used to be if… We used to say every five to seven years people are moving. In Florida, we’re at 10. I think, in Texas, it’s 13 years.

Terry Story: Yeah. As a realtor, can you imagine you’re-

Steve Pomeranz: How do you make a living?

Terry Story: Yeah. You start off at age 20, and then your client doesn’t move till at least 21 years later. You only get two shots with that client before you die.

Steve Pomeranz: You get somebody in the house and somebody says, “Don’t worry, I love what you did. I’m going to use you next time,” and it’s like 20 years later.

Terry Story: When I was new in the business, one of my very first clients said to me, “I’m going to use you when I go to sell my house. You’ve done such a great job.” It’s like, fantastic. Do you know that he called me last year? We’re talking 30 years later, and I actually just sold his house. We did the inspections today on it.

Terry Story: 30 years I’ve been waiting for a repeat sale.

Steve Pomeranz: Did he make the same statement?

Steve Pomeranz: Okay. You had one shot with him.

Terry Story: I had one shot on that client.

Steve Pomeranz: That kind of makes me feel bad.

Terry Story: I need people that want to move more often than this guy. Don’t listen to these 10 years. This isn’t true. You should move every five years. It’s healthy for you.

Steve Pomeranz: Years ago, Ginnie Maes, which were government-backed mortgages, before mortgages in the marketplace had a bad name, Ginnie Maes were legitimate and they still are. There was no funny business there. They used to price these mortgages based upon the expected turnover. When a person moved, the mortgage was paid off so the mortgage pool would be paid down as people move. You see what I’m saying?

Steve Pomeranz: The length of the average time was a very important number. Okay. If, for example, you got 7% and it matured in five years because everybody moved very quickly, that would be one rate of return. If you got 7% and it was in 20 years, that would be a completely different rate of return. So, that really mattered. I was very aware. That five to seven years was the rule way back then. Now, it’s 13 years because people are aging in place.

Steve Pomeranz: Yeah. Yeah. My guest, as always, is Terry Story, a 31-year veteran with Keller Williams and located in Boca Raton, Florida, and she can be found at terrystory.com. Thanks, Terry.