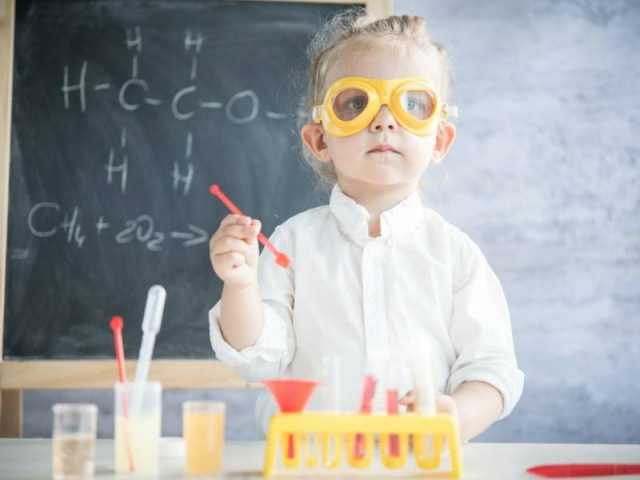 In this week’s Real Estate Roundup, Steve opens with the tight housing market situation, with fewer houses for sale than buyers, and the unexpected side effect that this has manifested.  As Terry explains, fewer homes for sale result in fewer home loans, and this has slowed mortgage originations.  In response, mortgage lenders have loosened credit standards in the hope that buyers will take on more loans. Even so, the number of mortgage loans will continue to be governed by the limited number of homes for sale, and slackening lending standards aren’t likely to result in more loans being underwritten. Steve jokes that perhaps it’s time lenders started building houses to ease supply constraints!

Terry cautions against loosening standards too much, as was the case before the housing bubble of 2005. Steve doesn’t see a return to the old days but believes the current round of loosening might help buyers with low FICO scores because conventional mortgages are approved based on algorithms and factors, and lower standards would allow more buyers to come into the market without the risk that they will default on their payments.

Get Creative With Your Financing

Next, in this tight housing market, low-income, first-time home buyers face added competition for homes in the under-$200,000 range from investors who are “starting to gobble up pretty much anything under $200,000” for real estate investment income.

Terry adds that investors have always been attracted to the real estate market, but the issue is more acute now because of the shortage of homes for sale, which is driving competition and home prices. She cites an example of one of her clients who faced lines when they went to view a $400,000 home and decided that the only way they would win was by making an all-cash offer.  Terry’s client somehow got the money together, made an all-cash offer, and got his family to co-sign with him on a mortgage after the fact.  While this process cost the buyer more money, it got him the house he really wanted.  So, to get an edge in purchasing a home in a tight housing market, buyers should look at alternate ways of raising money and making all-cash offers that are not contingent on financing, and then get a mortgage later.

Think Outside The Box

Steve comments that financing creativity has always been a hallmark of real estate deals, with seller financing in vogue when interest rates were ridiculously high and freebies such as cars and boats being offered to motivate buyers.  He talks about a neighbor who was moving and needed to buy a house but knew she was competing against another buyer.  So, she wrote a very nice letter to the seller and had her offer accepted.  Terry talks of sellers becoming emotionally attached to the home because they have lived in that house for years, have raised families there, have fond memories in most cases, and are emotionally attached to the home.  As a result, they’d like to sell it to someone who appreciates the home and will care for it. Steve urges buyers to understand a seller’s history with the house and see if there are ways in which your offer can get an edge through simple things such as the letter his neighbor wrote—a classy case of thinking out of the box and turning a competitive situation to your advantage in a warm way.

Steve Pomeranz: It’s time for Real Estate Roundup. This is the time every single week we get together with noted real estate agent, Terry Story. Terry is a 28-year veteran with Coldwell Banker located in Boca Raton, Florida. Welcome back to the show, Terry.

Steve Pomeranz: We’ve been talking quite a lot about how there’s not enough homes listed in the market for buyers to buy. And it’s created a tight market, but that’s also created another manifestation when it comes to lenders. What is that?

Terry Story: That’s right. There’s always a ripple effect. So if you think about it, if we’re not able to sell property because there’s no inventory, that in turn affects the lender.

So, the lenders aren’t able to make a lot of loans. What does a lender do if they’re not able to make a lot of loans? They’re going to loosen their credit standards. By loosening their credit standards, that will open up a larger supply of potential buyers. Now, that’s great. You’ll have more buyers, but we still have tight inventory, so I don’t know how much of an effect it’s going to have.

Terry Story: [LAUGH] That would be healthy.

Terry Story: Right, right. If the lenders loosen their credit standards, that’s fine. As long as it doesn’t go too crazy like we had before. You remember, Steve. It was ridiculous.

Steve Pomeranz: I do.

Terry Story: Honestly, if you had a pulse, you were entitled to a loan.

Terry Story: All you had to is just take an application and it was stated income. If you put, I think it was 20% or 25% down.

Steve Pomeranz: It’s another thing, I don’t think we’ll ever see those times again when if you fogged a mirror, you’re able to get a mortgage. Those days are done. I think the lesson’s been learned.

Steve Pomeranz: And regulations have been tightened. But now you’re talking about lower FICO standards, and I think we talked a few weeks ago about this, the fact that they’ve done a study and they show that those with lower FICO standards really are good at paying back their mortgages.

Steve Pomeranz: It’s really not a problem as of yet, but we’re still feeling the aftershocks of 2005 and 2006. But I don’t think that’s going to happen again. How’s that?

Terry Story: Right, I agree. I’m with you on that.

Terry Story: And I would like to see it be a little easier for people because the credit scores, you can be off by one or two points and not qualify.

Terry Story: I think the lenders just need to look at the whole case and take everything into consideration. But they don’t have that leeway. They don’t have the leeway of looking and saying, hey, this guy has got x amount of dollars in the bank. He’s got this steady job.

Steve Pomeranz: No, these conventional mortgages are done really by algorithms and factors, and they fit certain criteria because they have to knock them out in huge volumes. And then they have to package them to sell to investors, so, no.

Steve Pomeranz: It’s never going to happen. However, there are non-conventional lenders or ways people who will lend money on a hard money basis that look at other things.

Terry Story: I don’t see it as new competition. It’s something that’s been around. The investors, they are starting to gobble up pretty much anything now under $200,000, so it’s really hard. I know even on our market place, I just worked with a first-time home buyer. First-time home buyer looking up to $400,000 in our market place. And we were running from property to property. As a matter of fact, Steve, we would drive up to the house— let’s say we were supposed to show it first day on the market—we’d get there at 5 o’clock. They weren’t going to let anyone see it until 5 o’clock.

There were four or five people waiting in line to get in and see the house. So, you know then what happened was, we submit an offer, there were like three or four other offers and we would lose out—and we were bidding in one particular case, over-asking. So what he did, and he was fortunate because he had family that could support this—but he made it a cash offer and then he’s talking about where you can get other sources of finance. He got his family to co-sign with him and got a mortgage after the fact. So, it’s going to cost him more money to do that that way, but, at the same time, he got a house that he really likes. That may be an avenue for some folks looking to try to get a mortgage.

If you have the ability to have somebody that could spot you for the cash, yet you go ahead and get a mortgage and this purchase is not contingent on that finance, that may give you an edge in trying to purchase a home.

Steve Pomeranz: Real estate buyers have always been pretty creative.
I remember years ago when interest rates were ridiculously high, sellers would do self-financing. They would take back the paper. They would work out terms. In other words, you can be pretty creative if you’re willing to, to make a deal work and that’s kind of a beautiful thing. In this case, the buyer had some resources that many people don’t have, but you’ve got to think-

Terry Story: Sometimes outside the box.

Steve Pomeranz: Outside the box. Actually, this neighbor of mine is moving and the first thing that she did because she was competing against somebody, is she wrote a very nice letter to the seller.

Terry Story: The sellers, first of all, they’re like, what’s this? But if you touch their heart, you get to them, they’ll listen to it. And then others will say that’s hokey.

Steve Pomeranz: No, I don’t think it is.

Terry Story: I don’t think so either, I think if it’s heartfelt-

Steve Pomeranz: Well, think about it. Yeah, I mean you’ve lived in a house all these years.

Steve Pomeranz: You’ve set it up to your heart’s content. It’s your home. Someone comes in and they go, they are treated without respect versus someone who treats it with respect and understands what your feelings are and feel somewhat the same. I mean, come on, I mean that has power.

Steve Pomeranz: Yeah. Where is that? I want to go there.

Steve Pomeranz: How about your dog?

Terry Story: Your baby, whatever. [LAUGH] But at the end of the day, price will always correct it, so if it was priced properly, it would always sell. There is always a market.

Terry has been in the business for 28 years and she can be found at terrystory.com. Thanks, Terry.