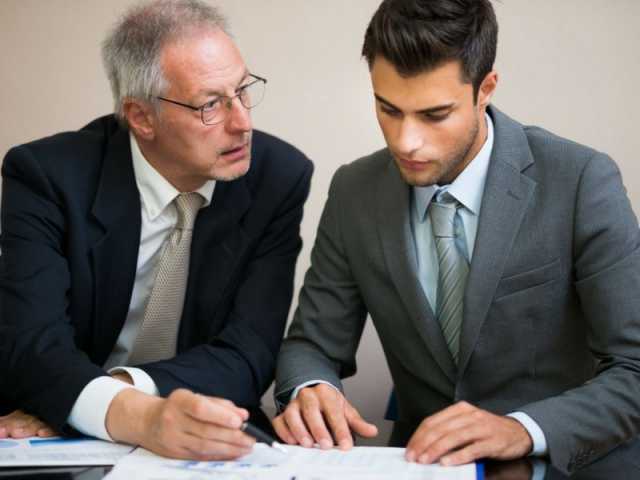 Steve commences Real Estate Round-Up by asking Terry if new home sales are going up in sync with the soaring stock market.  Turns out, they are!  Sales of new homes jumped in September 2017 to their highest level since October 2007, and Terry attributes this to strong demand due to lack of inventory across the country and especially in areas hard hit by hurricanes Harvey and Irma, where people are looking to buy replacement homes.  So new home sales are rising even though they are skewed a little higher due to post-hurricane demand.

Steve sees rising home sales as good news for the economy.  In his opinion, the economy is growing beautifully with low inflation and low-interest rates and nicely supporting the rising stock market.  He calls this the Goldilocks scenario—not too hot, not too cold.

While new homes are selling well, Terry says the same is not true for existing home sales because there’s just no inventory.

Moving on, Steve refers to an article Terry sent him that said a long-term decline in childbirth rates will impact real estate in the future.  Terry explains that people are delaying marriage and are having fewer children, so demand for large homes is low and the trend is towards smaller homes for smaller-sized families.  Moreover, younger buyers want to be closer to hip and happening urban areas, instead of moving further out to the suburbs into one of the McMansions.  That said, there’s still demand for bigger homes, but that could shrink in the future because of demographic shifts.

Further, the National Association of Builders estimates that homebuyers tend to seek out properties that offer 800 square feet per person in their household. For a family of three, that’s a reasonably sized 2,400 sf home.

While this may seem like a good idea on the face of it, Terry believes it may not be all that wise.  When you add an adult child to the deed, you’re also giving them permission to say “no” to selling your house, so if you need the money or decide you want to sell the house and travel, your child could refuse and that could be a problem.

In addition, the house now becomes a part of the child’s assets, so if the adult child is sued, gets divorced or files for bankruptcy, creditors may attempt to collect against the house.

Parents should also consider tax consequences.  Property that is transferred by inheritance has a stepped-up cost basis, which can lower taxes when it’s sold.

However, everyone’s situation is unique, so it’s best to consult a tax attorney or your financial advisor before you make such a move.

Steve Pomeranz: It’s time for Real Estate Roundup. This is the time every single week we get together with noted real estate agent, Terry Story. Terry is a 29-year veteran with Coldwell Banker located in Boca Raton, Florida. Welcome back to the show, Terry.

Steve Pomeranz: Well, I know the stock market is soaring, I guess you can say that.

What about new home sales? Are they going up, too?

Terry Story: Absolutely. The sales of the new US homes have jumped last month actually to the highest level since October 2007. A lot of it has to do, Steve, if you think about it…we went through Irma; we went through Harvey. So a lot of these numbers—because there’s a lack of inventory all across the country—but in these hard-hit areas, a lot of people may be replacing homes and going to new construction.

Terry Story: So I think the leap is kind of skewed a little bit to a higher level than it probably should be, but absolutely regardless of that, new home sales are rising.

Steve Pomeranz: Well, that’s good news for the economy. The stock market is rising. I follow the stock market as a money manager, day in and out. And there are really good reasons for a rise in the stock market, in my opinion, because basically, the economy is growing beautifully—we have low inflation, low-interest rates.

Lots of what they say is called Goldilocks, it’s the Goldilocks scenario, not too hot, not too cold. But I think the home sales are kind of getting the same. What about existing home sales? Are they showing any kind of pickup as well?

Terry Story: The problem with the existing home sales is just there’s no inventory.

Terry Story: Still, I mean, it’s down. It keeps dropping. Hello, sellers, if you’re out there put your home on the market. Price it right and it will sell.

Steve Pomeranz: And then move out of the area or something.

Terry Story: And then just move out of the area. And then go find a new development someplace [LAUGH] where it’s affordable.

And actually, new construction firms are having problems finding people to work. That’s part of the reason that we don’t have as many new construction sites is because it’s hard for them to find workers, which is kind of crazy, isn’t it?

Steve Pomeranz: Well, in a cycle when there’s a lot of building, then workers become more scarce because they’re all working. They have to pay people more in order to get them to work and prices start to rise. I mean, I don’t really know what’s going on in that industry, but if you’re telling me that it’s hard to find workers, probably one of the reasons is that most of them are already working.

Steve Pomeranz: Yeah, you sent me an article about one of the longer-term trends that we’re seeing that’s really going to have an effect on real estate in the future, and that is the long-term decline of childbirth rates. And how are they saying that’s going to affect real estate?

Terry Story: Yeah, you don’t think about it, but a lot of these McMansions were built in the 80s, 90s. You have these extremely large homes, but when you go to sell those homes, you have to have somebody moving into those homes. And the trend is smaller homes because we’re having smaller sized families.

There’s also a trend where people are wanting to move more towards the downtown areas, the city areas, where you find the McMansions further out. So that it is having an impact. And people are basically delaying getting married and having fewer children, and long-term that’s going to have an effect.

It’s not like it’s a big effect going on right now. If you have a McMansion, don’t worry about trying to sell it. But it is something to think about in the future. And something else they were saying, according to the National Association of Builders, that homebuyers tend to seek out properties that offer 800 square feet per person in their household.

Steve Pomeranz: That’s an interesting statistic. I never saw that before.

Terry Story: No, neither had I.

Steve Pomeranz: Yeah, so if there are three people, we’re talking about 2,400 square feet is kind of the average that people are looking for. So I don’t know, what does that mean to you?

Terry Story: It just makes me think that down the road it’s going to be harder to sell a lot of these very large homes that were out in the suburbs. Five, six…there are some houses where there are seven bedrooms and there are three people living in the house.

Steve Pomeranz: Yeah, yeah, I hear you. So there are a lot of boomers out there that have purchased these big suburban homes. And you’re saying not right now there isn’t an issue, but as time goes on, there may be more of an issue to sell these bigger McMansions because people, as you say, are moving into smaller homes. And they’re moving closer to the cities, or at least more urban type environments.

Terry Story: Yes, it’s just something to be aware of and keep in the back of your mind.

Steve Pomeranz: All right, I want to switch gears here because this is very important.

We work with a lot of clients who have assets and one of their primary assets is their home. And there’s a very good question in your Real Estate Survival Guide this week. It asks, is it wise to add a child’s name to older adults’ deeds.

But when you really think about it and look into this, no, it’s not necessarily a good idea. And to answer this question properly, everyone’s situation is unique and different and you have to consult a tax attorney and your financial advisor. But to answer the question in general, you’ve got to think about when you add an adult child to the deed, you’re also giving them permission to say no to selling your house.

So you may be in a situation where you want to sell the house but the adult child refuses to. So, that’s going to present a problem for you.

Steve Pomeranz: The question is, do you really want to ask your child’s permission to sell your house?

Terry Story: Right, and there’s something else that I never really realized, that you’re also subjecting the child, it now becomes part of their assets.

Terry Story: So if that child is getting sued or going through a divorce or filing bankruptcy, his or her creditors may attempt to collect against that asset.

That may not be necessarily a good situation. Then there may be tax consequences as a result of this. Property that is transferred by inheritance is given very preferable tax treatment. At death, the IRS allows a stepped-up basis on your investments once they transfer into the hands of their heirs.

Steve Pomeranz: Yeah, so in other words, let me just say that very quickly. If you bought a house for $100,000 and it’s worth $500,000 and you pass away, your heirs inherit it at the stepped-up basis of 500,000. If you’ve got someone else’s name on the deed, then you know what, you may lose that step up in basis, and then when the house is sold, you have to pay a lot of taxes.

Steve Pomeranz: Terry, we are out of time. I’m so sorry but we’ve got to go. So, once again.

Steve Pomeranz: [LAUGH] My guest, as always, is Terry Story. Terry is a 29-year veteran with Coldwell Banker and can be found at terrystory.com.