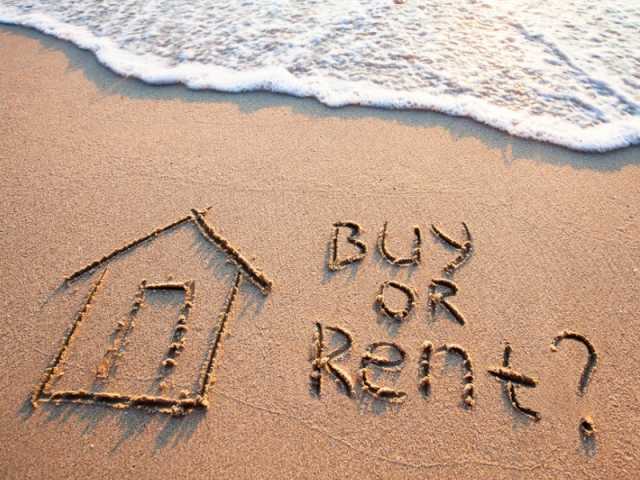 “I own an oceanfront condo.  When I bought it, it had an unobstructed view of the ocean.  Palm trees are now causing a 90% view obstruction.  Do I have any recourse?”

Terry says questions about views are always complicated and involve many factors.

The general rule is that no one is allowed to block your direct view.  However, if the condo association can show that the trees serve a useful purpose to the community or were pre-planned to grow in front of your unit, you may be stuck with them.

The good news, though, is that palm trees grow tall and their foliage is only at the very top.  Hence, Terry recommends that the condo owner do nothing and simply let the trees grow higher so they no longer obstruct the view.

Additionally, Steve recommends checking with the city to see if there are laws related to planting trees that might reduce the view-related value of the condo.

Room With A View

Steve cites his own lake-front summer home up north.  The home has a summer view, which is mostly foliage, and a lovely winter view of a snow-covered lake.  Unfortunately, Steve’s never there in the winter to enjoy the view!

Terry shares a similar experience where her lake-facing window is covered by snow and completely blocks her view.

The lesson here is when you go to buy a summer or vacation home, make sure you’re going there in the season that you most expect to visit.

We are familiar with the term, single-family homes.  Yet, only a few know what that means.

Terry defines single family homes as ones that:

The one big benefit of buying single-family homes is that you can do whatever you want with them, provided your city permits it.

Townhomes, on the flip side, have shared walls and strong limits on property modifications.

Single-family homes also have their downsides.  They cost more to own and maintain.  They typically don’t give you access to condo features such as common gyms, pools, tennis courts, etc.

If you have no interest in taking care of your own property, skip single-family homes for the comfort of townhouses.

Terry, personally, prefers single-family homes because she likes the privacy and the independence of making changes to the home to give it her own stamp.

Terry also prefers selling single-family homes.  This is because condos have many more rules and regulations, which agents have to keep up with.  Additionally, valuation comps aren’t easy to compile for condos because condo layouts, HOA dues, etc. aren’t as reliable.

Steve Pomeranz: It’s time for Real Estate Round-up, the time every single week we get together with noted real estate agent Terry Story. Terry’s a 29-year veteran with Keller Williams, located in Boca Raton, Florida. Welcome back to the show, Terry.

Steve Pomeranz: I love the Q&As when we do this on the show and I’ve got one for you here.
So here’s the question. I own an oceanfront condo. When I bought it, it had an unobstructed view of the ocean. Palm trees are now causing a 90% view obstruction. Do I have any recourse?

Terry Story: Well, questions about views are always complicated and involve many factors, Steve. The general rule is that no one is allowed to block your direct view.

Terry Story: Okay? So however, if you can show that the trees serve a useful purpose to the community or were pre-planned to grow in front of your unit, you may be stuck with them.

Terry Story: Okay, so trees are an interesting thing to me.

Steve Pomeranz: For those of you who are not too familiar with palm trees, Terry and I have been in this area a long time. And we know one thing, that a palm tree two years ago may have been blocking your view but now because they grow and they grow very tall and their foliage is really at the very, very top-

Steve Pomeranz: So just wait a little while-

Steve Pomeranz: And your view may not be obstructed.

Terry Story: That’s right, so if you’re on the second floor and you got the palm tree

Terry Story: Wait a couple of years and you will have a great view again.

Terry Story: But the third-floor guy-

Terry Story: Is going to have the problem, then the fourth-floor guy.

Steve Pomeranz: Exactly right. But if it’s a ficus-

Steve Pomeranz: They make a hedge out of it.

Terry Story: Make a hedge out of it.

Steve Pomeranz: You cannot see through it all-

Terry Story: No, that’s a wall-

Steve Pomeranz: Her question was about palm trees, so I think we can tell her that.

Steve Pomeranz: But there’s really more to the deal here, and that is this. You should check with your city to see if there is a law about planting trees to obstruct certain views.

Terry Story: Right, check there, and start with your condominium documents.

Terry Story: And look to see if there’s any ordinances because there are some cities that have some rules that if you buy a condominium and it’s in front of the ocean.

Terry Story: You should have that ocean view so, start there.

Steve Pomeranz: The summer view is actually you don’t see the lake at all because all of the foliage is drawn in.

Now the winter view, you can see the lake beautifully but you’re never really there in the winter. And you really don’t want to- [LAUGH].

Steve Pomeranz: [LAUGH] I know, it’s kind of depressing, really, when you see it. So have you had a similar experience?

Terry Story: I have. And actually, the winter view that I’ve seen from the lake house is all white, where it’s so white it blocks the whole entire window. So all you can see is the snow, you can’t even see through the snow to see the lake that you once have.

Terry Story: Or still have, but you just can’t see it.

Steve Pomeranz: So the lesson there is when you go to buy the place make sure you’re going there in the-

Terry Story: In the right season.

Steve Pomeranz: Right season. Especially the season that you expect to actually visit it, all right?

Steve Pomeranz: And not in February, necessarily, if you’re up north, right?

Steve Pomeranz: But ask those kinds of questions.

Steve Pomeranz: Yeah. Nobody’s cutting any of those trees down, by the way.

What exactly Terry is a single-family?

Terry Story: And it has to have certain factors. One, no common walls. So in other words, you are not sharing it with another unit. Land, this is important. You own the land that it sits on, there’s an actual parcel of land.

Did not know this, an entrance and an exit. So a single-family home has its own private direct access to a street or a thoroughfare.

Steve Pomeranz: Wait a minute, stop there. I mean, if I live in a townhouse, I could have my own private access. Well, I mean, I have my walkway going out to the street.

It doesn’t mean that-

Terry Story: Well, it says here own private, so a townhouse-

Terry Story: So that would be the difference. Utilities, only one set of utilities servicing the house, so it’s not a shared-meters for example, like electric meters.

And, one owner, a single-family home is built as a residence for one family, person or household who owns, has an undivided interest in that property.

Steve Pomeranz: I think that’s the key right there.

Terry Story: Yep, and a single kitchen. I thought that was interesting.

Steve Pomeranz: You can’t share a kitchen. Well, that makes sense, too.

Steve Pomeranz: Okay, so what are the benefits of buying a single-family home?

Terry Story: You can do whatever you want to your property, as long as there’s no homeowner association.

Terry Story: You basically, you’re seeking privacy, since it was built on your own land-

Steve Pomeranz: Yeah, for sure.

Terry Story: And distance from your neighbors, and it’s yours, I mean-

Steve Pomeranz: I guess you can also build out if you want to, assuming-

Terry Story: Right, assuming you’re following the rules of the association or your city.

Terry Story: Versus you can’t do whatever you want to a townhouse because it’s attached and shares common walls.

Terry Story: That sort of thing.

Steve Pomeranz: All right, so what are the disadvantages of owning a single-family home?

Terry Story: Well, while owning a single-family has total independence, there are a few factors that come, for example, condos, townhomes, multi-family homes.

They have common elements like gyms, pools, tennis courts. So it costs more to own a single-family home.

Steve Pomeranz: Yes, it does. Remember that, folks.

Steve Pomeranz: I remember years and years ago, I had a couple come in to see me, and they said, we want to save money.

We want to buy a house. And I was like, that’s so cute.

Steve Pomeranz: [LAUGH] Because it’s a true money pit, there’s no question about it. I mean, it’s a wonderful thing to have.

Steve Pomeranz: It’s great if you have your house.

Terry Story: You just have to plan for it.

Terry Story: You have to know that there’s a lot of unexpected expenses that go along with it.

Terry Story: And any property you purchase, for that matter.

Steve Pomeranz: But if you’re really not interested in taking care of your own property, common townhouses, and the like, they can be pretty nice to live in.

Steve Pomeranz: Okay, very good. So let me ask you a personal question to some degree anyway. What is your personal preference when it comes to either living in a single-family home or in a townhouse community?

Terry Story: Personally, I prefer single-family homes. I like the idea and concept of privacy, being able to do what I like to the home, within reason.

As far as selling, I prefer selling single-family homes. It’s a little more exciting to me.

Terry Story: And this is kind of silly, but as far as condominiums, there’s so much more that you have to be aware of, and it’s constantly changing, the rules, the regulations, the maintenance amounts.

Steve Pomeranz: A little bit more of a specialty then, maybe.

Terry Story: Which, we have the information.

It’s just a lot of information for an agent. And, to constantly have to get updated because rules change yearly. Not so much in single-family homes.

Steve Pomeranz: My guest, as always, is Terry Story, a 29-year veteran with Keller Williams, located in Boca Raton, and she can be found at terrystory.com.

Terry Story: Thanks for having me, Steve!

Steve Pomeranz: And to hear this again, and listen to the full show, or get a summary of the vital lessons learned here today, don’t forget to go to stevepomeranz.com. 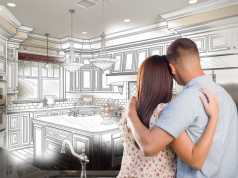 Get Your Money Back On These Top 10 Home Projects 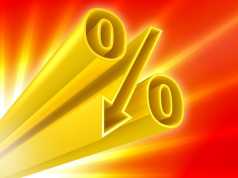 Interest Rates Are Down Again, So Why Haven’t Mortgage Rates Kept Up?