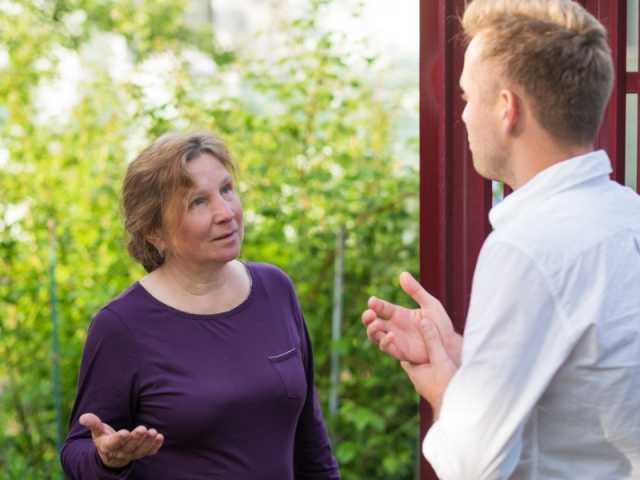 Terry points to higher interest rates as the factor behind the decline in home sales during December 2018, adding that sales should look healthier in the coming months with interest rates coming back down. However, Terry added that December’s price increases marked the 82nd straight month of year-over-year increases. Steve noted that the slowdown in growth did not signal the degree that the slowdown would take or if it would lead into the negative.

Referencing the decrease in the 30-year conventional fixed-rate mortgage, from 4.64% in December from 4.87% in November, Terry said the percentage change altered the ability for many people to afford a house and that many buyers had begun maxing their loan to value ratios.

Are We In Another Bubble?

Citing a study by Florida Atlantic University, Steve noted that buyer demand was high even as the market was overheated, suggesting the market had not reached bubble conditions even as demand appeared to peak. The study rated the current real estate conditions as an index of 0.039, far below the almost one point given to the market conditions during the summer of 2006.

Steve and Terry discussed the trend of communities creating a neighborhood of single-family rental houses that share on-site amenities with management, similar to an apartment complex. Considering that comparison, Terry pondered whether the owner would try to convert the rentals to homes for sale in the same way an apartment might become a condominium.

What Cab You Do About Difficult Neighbors

Speaking of condos, Terry stated that an association had the ability to stop an owner’s plans for home renovations while a neighbor did not. If a neighbor one story above a condo wanted to replace carpet floors with laminate tiles, for example, an association could halt their plans while the annoyed neighbor living beneath them could not. When in doubt, consult the association; you never know what their rules will allow.

Steve Pomeranz: It’s time for a Real Estate Roundup. This is the time every single week we get together with noted real estate agent Terry Story. Terry is a 30-year veteran with Keller Williams, located in Boca Raton, Florida. Welcome back to the show, Terry.

Steve Pomeranz: From what I understand, the stock market also declined. Maybe they were related.

Steve Pomeranz: What do you think?

Terry Story: Yeah, well, according to Lawrence Yun, he’s the National Association Realtor Chief Economist, he said it was due to the higher interest rates.

Terry Story: So if you think about it, prior to December, the interest rates were higher.

Terry Story: So by the time you close on the property which is anywhere from 45 to 60 days later, your sales, your closed transactions, are going to be less.

Terry Story: So I think that was really the driving force behind seeing that.

Steve Pomeranz: So maybe based on this theory, there maybe-

Terry Story: October, November, September to October, they are higher I guess.

Terry Story: Right. And going forward we should see those numbers up higher again.

Terry Story: Because the interest rates have come down.

Steve Pomeranz: So we’re talking about sales but the median existing-home price, for all housing types in December, was 253,600 up about 3% for the year.

Terry Story: But the rate of increase-

Steve Pomeranz: So that’s something-

Steve Pomeranz: Yeah, so you-

Steve Pomeranz: In the rate of increase.

Steve Pomeranz: Which is the signal of resistance to the growth path, right?

Steve Pomeranz: So it doesn’t say to what degree it’s going to continue to slow, and will it go to negative. But it is worthy to note that it is slowing.

Steve Pomeranz: Okay, well, makes kind of sense. All right, well, according to Freddie Mac, the average 30-year conventional fixed rate mortgage decreased to 4.64% in December from 4.87% in November. So that’s about a quarter of a point.

Steve Pomeranz: And that makes a big difference for a lot of people.

Terry Story: It does, just a quarter of a point amount. We had studied that. I don’t know, it was a thousand dollars, and it changed the trajectory of whether a person could buy a house or not.

Steve Pomeranz: Yeah, we also had percentages that said at four and a half, x number of people could afford a home. At four and three quarters, it knocked out a whole bunch of people.

Terry Story: That’s right. And so many of the buyers today, Steve, I see are maxing their loan to value ratios. If the bank will lend them 38% of their gross monthly income, they’re pushing it. Or whatever that top number is, a lot of them are really pushing it all the way to the highest level.

Steve Pomeranz: Right. All right, well an FAU study, Florida Atlantic University which is in our neighborhood here, created a study that said that the market is overheated. But buyer demand is still high, and the point I think they’re making, one point anyway, is that we’re not really  anywhere near bubble conditions. But demand has seemed to have peaked.

Terry Story: That’s right, it definitely has peaked. All the signs are there. We’re seeing the inventory levels rising, the demand is there, there’s no question about demand.

Steve Pomeranz: Right, but it’s supply-demand if there’s more supply than if it gets a little over-

Terry Story: The prices start to soften a little bit, and that’s what we’re seeing.

Steve Pomeranz: Right. Now, the professor who led this study has an index, and he’s really just trying to figure out where we are in the-

Steve Pomeranz: So during the summer of 2006, his index had a score near one which is the highest possible score. Meaning, obviously, more bubble-like conditions. Today the score stands at 0.039.

Steve Pomeranz: So it’s low, okay, so everybody knows that.

Steve Pomeranz: Real state is not in the bubble.

Terry Story: Far from it.

Steve Pomeranz: [LAUGH] Okay. All right, also a new trend is this idea that investors, those who are backing these companies that are builders and so on, are starting to create by build-to-rent strategies. Tell us about that?

Terry Story: Yeah, so this build entire communities with single-family home rentals, so 150 to 250 homes in a small area. These communities would share amenities on-site with management, which would be similar to an apartment complex?

Steve Pomeranz: So people who want a home, and instead of-

Terry Story: Instead of being an apartment building, it’s a small, little neighborhood.

Steve Pomeranz: Right, right, and instead of going out and building a home, which has its own financial challenges and aspects to it, you’ve got a builder going, we’re going to build a home, but we’re not building it to sell, we’re building it to rent.

Terry Story: Right, and then-

Terry Story: No, it’s not. And then eventually, when he feels the market is ripe, he’s going to turn around, and I’m guessing, sell them.

Steve Pomeranz: You think so?

Steve Pomeranz: Well, what if I’m living there as a renter? [LAUGH]

Steve Pomeranz: Yeah, that’s true. Yeah, that was at the top of the cycle though, remember that? Remember when rentals, they decided to turn everything into condos.

Steve Pomeranz: That was the absolute top of the cycle way back when-

Terry Story: Oh what a year.

Steve Pomeranz: [LAUGH] So Terry, I have a question. I want to change the subject here. Because I saw this in the material you sent me. I thought it was really interesting. Here’s a question. This is from your Real Estate Survival Guide, condo question. Can a neighbor nix my flooring plans?

Terry Story: Ah-ha, not necessarily the neighbor, but the association can. So it really depends on what’s written in your documents.

Steve Pomeranz: So if someone lives above me and they have carpet, and I don’t hear their footsteps.

Steve Pomeranz: Yeah. [LAUGH] The high heels, or whatever.

Steve Pomeranz: [LAUGH] And they decide, hey, I want laminate floors or want some wooden floor. That person’s got to have-

Terry Story: Right, so typically, if they require carpet, they’re probably going to require it to be replaced with carpet. But you really have to read to see what it says. Some documents, there is no alternative. But, generally, you might find that they’ve adopted new rules where you’re allowed a standard sound absorbent under laminate flooring.

Terry Story: So really check with the association.

Steve Pomeranz: Check with the association. My guess is always, who always checks with her association, that didn’t make any sense, is Terry Story. Terry’s a 30-year veteran with Keller Williams, located in Boca Raton, Florida and can be found at terrystory.com. Thanks, Terry.

Terry Story: Thanks for having me, Steve. [LAUGH]