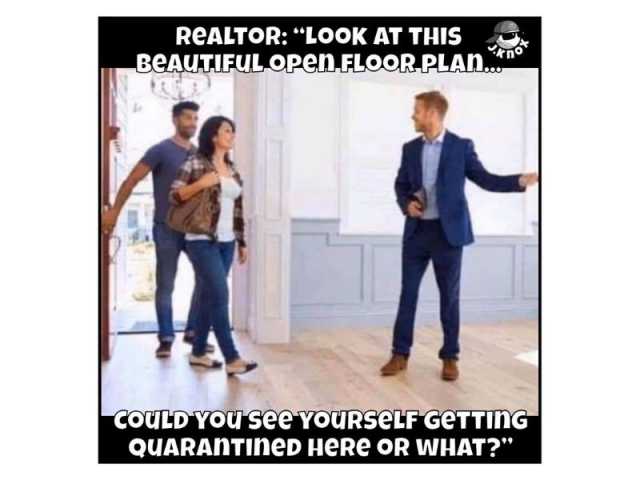 During this week’s Real Estate Roundup, Steve spoke with Terry Story, a 31-year veteran at Keller Williams, about the state of the housing market amid the coronavirus crisis. They also discussed interest rates and whether this is a good time to sell your home.

How The Coronavirus Is Impacting The Housing Market

Clearly, the coronavirus is affecting every area of industry, just in different ways. Terry says that as far as the housing market is concerned, “the biggest impact that we’ve seen is the lowering of the interest rates.”

Steve mentioned that many homeowners aren’t looking at the fact that they have an opportunity to save a lot of money by refinancing their mortgage at current interest rates that are at 3% or lower. People can also consider investing in a real estate property. “You borrow money at two and five-eighths and invest it in something that can throw off cash flow for you as an investment property,” Steve said.

Terry agreed that it’s a great time to do a refi, or even do a cash-out refi and put some extra money in your pocket.

The Issue With Inventory And Buying A Home

What’s important to understand, though, is that sellers hear about this and think that if they put their house on the market, they’ll get a lot of money for it. But Terry pointed out that sellers are going to get market value for their home, and it’s the buyers who generally determine what that value is.

“One can argue that, at the end of the day, buyers buy based on condition, location, or price,” Steve said. Since you can’t move the home, it really becomes about condition and price. Terry agreed, noting that you can enhance condition to match price or lower the price to match the condition. Steve added that there is upward pressure on prices right now because as interest rates drop, the same payments can afford you a more expensive home.

Keep in mind, though, that you should still buy a home with a price tag that’s within your comfort range.

It’s A Good Time To Sell

Price really matters when you’re selling your home. If you overprice your home, it won’t sell. But when a home is priced right, multiple offers roll in, and it sells quickly.

“And right now is absolutely the right time to sell your home,” Terry said. “We’re coming into the spring season. We know inventory levels are low, but historically, there’s an uptick of inventory the closer we get to the end of the school season. Sellers could get ahead of the curve by putting their home on the market now.”

On top of this, housing starts have increased 9% between December of last year and January of this year. Developers aren’t deaf. “They know there’s an opportunity because of the housing shortage”, Steve said. And there’s a chance that the economy and housing prices may soften.

The bottom line is this: It’s a great time to sell. You may have a chance to sell your home at the top of a bull market in home prices. If you’ve been thinking about selling, then get your house on the market and get ahead of the curve.

Steve Pomeranz: It’s time for Real Estate Roundup. This is the time every single week we get together with noted real estate agent, Terry Story. Terry is a 31-year veteran with Keller Williams, located in Boca Raton, Florida. Welcome back to the show, Terry.

Steve Pomeranz: So nice to have you back.

Steve Pomeranz: Well, the housing market during the Coronavirus.

Steve Pomeranz: Are you seeing any change to your business?

Terry Story: You know what? The biggest impact that we’ve seen is the lowering of the interest rates. So that’s-

Steve Pomeranz: Yeah. Well, the news is focusing on the negative worries of the virus itself.

Steve Pomeranz: And everything is the stock market’s way down and volatile as heck. And nobody’s looking and thinking, “I have this mortgage at three and three-quarters or 4%, and now I can get it at 3%. I can save.”

Steve Pomeranz: Or less, yeah. “I can save all this money and this is going to help me out.”

Steve Pomeranz: Yeah, you were talking about that earlier, about, I think you own your house totally, right?

Steve Pomeranz: Taking out a mortgage?

Terry Story: Taking out a mortgage.

Steve Pomeranz: And then, you know, the 15 year is somewhere, if you buy down with points, which I think makes sense if you’re going to be in a house for a while.

Steve Pomeranz: For 15 years. So if you can borrow money at two and five-eighths and invest it in something that can throw off cash flow for you as an investment property-

Steve Pomeranz: …and then has the potential for appreciation, why not?

Terry Story: Now, don’t tell too many people to do this.

Steve Pomeranz: I won’t, I promise.

Terry Story: I’ll tell you why.

Terry Story: Because there’s no inventory. So I want to take what little nest egg I have and go buy the inventory that’s out there.

Steve Pomeranz: I know. You realtors have the inside scope. You’re driving around neighborhoods and you go…

Steve Pomeranz: “I’m coming back later.” So demand for housing, the buyers are still out there and the inventory is still low. Is that the case still?

Terry Story: That is the case. The inventory is very low. We’re down—a normal market, or as what we call a balanced market, is around six-months’ worth of inventory, and on a national level we’re at like 3.1, 3.2 months of inventory.

Terry Story: So it is really, really low. But what’s also important to understand, Steve, is the sellers hear this, “Wow, inventory is low. Let me put my house on the market, I’m going to get a ton of money for it.” There’s still a market, and so you’re going to sell your home for market value. The buyers are pretty much the ones that determine what the value of the home is. So I have examples of homes that I have for sale, we’re not…we don’t have any showings on them. Well.

Terry Story: And one can argue that at the end of the day, it’s either condition, location, or price, right?

Terry Story: So you can’t move it. So it comes down to condition or price. Well, you can always enhance the condition to match the price or adjust the price to where…for the condition which it’s currently in.

Steve Pomeranz: There is pressure upwards on prices because if interest rates, as interest rates go down, you can afford… that’s the same payment affords you a more expensive home.

Steve Pomeranz: And the reverse is true as well.

Terry Story: That’s correct. And I don’t know that buyers really understand that, either. You know? Because when you go to get pre-approved for your finance and six months goes by and you think, “Okay, so I can afford a $500,000 house,” and you’re not looking over 500,000. Well, guess what? You might be able to afford a 550.

Steve Pomeranz: Right. For me, when I was looking for my home, I just knew what size mortgage I wanted, and whatever that could afford me in the current interest rate environment I was in, that’s what I purchased.

Terry Story: And that’s what you need. That’s what you really need to follow. Just because you qualify for a larger, don’t do it.

Steve Pomeranz: Don’t do it.

Terry Story: Know what that number is that you feel comfortable paying towards your housing, and work the numbers backward.

Steve Pomeranz: Well, the Coronavirus situation is a perfect example of uncertainty.

Steve Pomeranz: You just don’t know. You want to make sure that it’s still something you can afford because really the last thing in the world you want to be worried about is the house or the roof over your head.

Terry Story: You got to have a nest egg.

Steve Pomeranz: All right, so you are making the point that price matters and you have listings where people are overpricing their homes and they’re not selling.

Terry Story: That’s right. And then homes that are priced right and truly priced right, you get multiple offers and they sell real fast.

Steve Pomeranz: So it’s a good time to sell, of course. You know what I-

Steve Pomeranz: And when’s the best time to buy?

Terry Story: Because it’s maybe different than what I’ll tell you next week. We’re coming into the spring season, right? And we know that inventory levels are low. We know that historically there’s an uptick of inventory the closer we get to school coming out. So why not get ahead of the curve and have your home on the market now?

Steve Pomeranz: Plus literally between December and January of this year, last and this year, housing starts have increased over 9%.

Steve Pomeranz: The developers are not deaf. They know that there’s-

Steve Pomeranz: …opportunity out there for them.

Steve Pomeranz: And they’re going to be building into that opportunity.

Steve Pomeranz: So housing prices may soften. Maybe the economy’s going to soften.

Steve Pomeranz: So I, for once, will agree that this is probably a very good time if you’re going to sell, is to get your house on the market and get it done.

Terry Story: Right. And a lot of people say… Think about it this way. If you’re a seller, we know that we’re at the top of the market. I mean, we’ve been in a rising market since 2011, it’s not going to go up forever and ever, right?

Terry Story: So if we believe we’re at the top of the market, all you’re really doing is transferring your equity from one home to another. So if you are a seller, you’re selling high, now you’re buying high.

Steve Pomeranz: Okay. My guest, as always, is Terry Story, a 31-year veteran with Keller Williams located in Boca Raton, and she can be found at terrystory.com. Thanks, Terry.