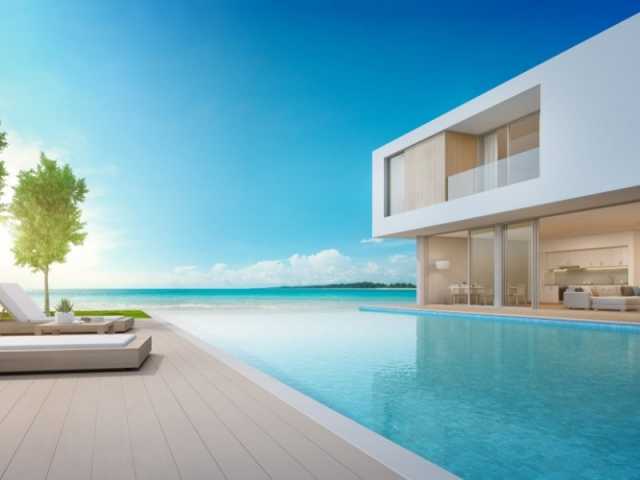 Steve spoke with Terry Story, a 30-year veteran at Keller Williams. In this installment of the weekly Real Estate Roundup, Steve and Terry talked about some of the most popular places to invest in real estate, who’s investing, and why.

A lot of real estate is being scooped up in places that might make you scratch your head. On the list? Orlando, Las Vegas, and throughout Arizona. But why? These markets grew fast and were severely overbuilt which means they started to perform poorly- too much supply for the demand.

Initially, people were getting mortgages right and left, namely people who didn’t really deserve the deals they got. As demand for inventory dropped, the markets in these areas crashed. Now, though, there’s plenty of inventory up for grabs and demand is climbing. Homes are actually affordable.

These are also warm areas, which tend to be ideal spots for people who are retired and trying to downsize.

Two more areas in great demand? Places in the Midwest. The entire state of Colorado is seeing a massive influx of people putting down money on homes. Technically, Colorado falls just outside of the traditional Midwest region, but because it borders traditional midwestern states like Nebraska and Kansas, it can easily be considered part of the region. One reason for this influx? There is temptation to believe that it’s because marijuana is legal there. But the reality is that Colorado has so many diverse and temperate cities, there’s a lot to love about living there.

Perhaps the most shocking “hot” place to live right now is Ohio, Cleveland specifically. A lot of money is being poured into areas like Cleveland, and with bedrooms communities around a fairly clean and livable major city, Cleveland is almost a dark horse in terms of real estate.

Texas also being on the list of hottest places to invest in real estate shouldn’t be that surprising. Despite the serious weather issues Texas typically faces – hurricanes, flooding, and extreme heat – the state has constantly been a magnet for home buyers. Why? Housing prices are notoriously good there. You can get a lot of bang for your buck, in terms of property size and square footage.

The Cyclical Nature Of Real Estate

As always, keep in mind that the real estate market is cyclical. An important take away here: watch out for procrastinating. A lot of people sit around and wait for the next recession to start making moves. This is a little backward thinking because you really miss out on the averages.

The truth is that most returns come when the market starts to expand again. Recessions, today, are much shorter than they used to be. If you wait for these, the cost of missing out on bigger opportunities during the wait might prove very frustrating.

Steve Pomeranz: It’s time for Real Estate Roundup. This is the time every single week we get together with noted Real Estate Agent, Terry Story. Terry is a 30-year veteran with Keller Williams, located in Boca Raton, Florida. Welcome back to the show, Terry.

Steve Pomeranz: I like lists of stuff to talk about and here’s one.

Terry Story: You know, I was scratching my head, but I was talking to an agent colleague of mine, and he was telling me that the days on market there are really, really short.

Steve Pomeranz: What does that mean, days on market?

Terry Story: Days on market is how long it takes on average for a house to go from putting it on the market, to under contract.

Terry Story: I don’t remember the numbers of days, but it was real fast.

Terry Story: Yeah. Right now, to give you an idea, our marketplace in Boca Raton is under 90 days. It’s like 87 days on average.

Terry Story: The next place is Las Vegas. You know what’s funny? We’re talking about all these places.

Steve Pomeranz: Yeah, I know what you’re going to say.

Terry Story: These were also the ones that we talked about-

Steve Pomeranz: I knew you were going to say this.

Terry Story: You knew I was going there … that were the worst markets.

Steve Pomeranz: Because the next one’s got to be Arizona or something.

Terry Story: I’m sure it is.

Steve Pomeranz: Oh, it is. The next one is Arizona.

Steve Pomeranz: That can’t be it.

Steve Pomeranz: So when demand dropped, they crashed.

Steve Pomeranz: It is affordable too, in these places. Orlando, I guess Vegas … I don’t really know that much about Vegas.

Terry Story: Well, if you’re out on the outskirts, it’s real affordable.

Steve Pomeranz: Where is the outskirts in Vegas? Near the Hoover Dam?

Terry Story: By the Hoover Dam, it’d be real cheap.

Steve Pomeranz: I was out in Phoenix earlier in the year. I don’t really know much about the Southwest, but there’s an awful lot of sand there. You know what? I don’t know if you knew this, but that’s the desert.

Terry Story: It is the desert.

Steve Pomeranz: People are living in the desert.

Terry Story: But it’s warm, so it’s a place to escape, especially for the folks up north.

Terry Story: So they go to Arizona, Florida.

Steve Pomeranz: Got you.

Steve Pomeranz: You’re thinking marijuana. I know you are.

Steve Pomeranz: No, that’s not-

Terry Story: No? You don’t think?

Steve Pomeranz: No, it’s a great place to live. The mountains, you’ve got skiing.

Steve Pomeranz: Yeah. No, it’s a great place to live.

Terry Story: But they’re flocking there.

Terry Story: So when they’re flocking, there’s something going on.

Steve Pomeranz: Well, when people are flocking one way, I want to fly the other way.

Terry Story: The other way.

Steve Pomeranz: That’s my nature. All right. The next one, surprisingly is …

Terry Story: Right, and it states here it’s because of the strong job markets, so I don’t know enough about the industries that are in Cleveland, Ohio. But anyway, there’s got to be something.

Steve Pomeranz: Well, let me tell you one thing.

Terry Story: Something there.

Steve Pomeranz: The fact that this world has turned so digital, that business can be done pretty much anywhere.

Steve Pomeranz: And that’s what’s happening. Especially when you’ve got a workforce that you have to support, to develop in these less expensive areas, is very business-savvy. It attracts business, plus these states and cities are pouring money in to kind of try to attract more businesses. Anyway, Cleveland today is not the Cleveland of yesteryear. All right, and the last one is …

Steve Pomeranz: No, no, it’s not Texas. It’s almost anywhere-

Steve Pomeranz: It’s always been the top spot, and I think a lot of that has to do with favorable taxes and just a good business climate.

Terry Story: Yeah, and a lot of young people are racing to Austin. I know in my daughter’s generation, a lot of her friends have headed out that way … Austin, Dallas.

Steve Pomeranz: Yeah, it’s a cool place. Those are good … There is a lot of young people there.

Terry Story: And you get a lot of house for your money.

Steve Pomeranz: Yeah. Okay, so Texas. So those are the six. All right, so here’s something I wanted to discuss as well because as an investor, I can tell you … and being involved in the business for over 30 years … that cycles are part of life. They are in terms of real estate. We all know that it’s cyclical. Economies expand. Economies contract. We get these recessions. Prices follow those factors. The stock market goes up when the economy’s healthy and expanding, and it goes down when there’s a recession. The real estate market’s no different.

Steve Pomeranz: The point I want to make here is that those people who sit around and wait for the next recession are really thinking incorrectly. They’re waiting too long, and they’re missing out on really, most of the-

Steve Pomeranz: Well, yeah, or let me just say the vast majority of returns come in the expansion. Really, the recessions are generally pretty short-lived. If you’re waiting for that, you’re waiting on the sidelines at 2%, that opportunity cost of money is killing you.

Steve Pomeranz: That’s what I’m saying. It’s just like the stock market. So if you people come and they say, “Well, look, I want to invest in the market.”

Terry Story: “But I’m going to wait till it’s-”

Steve Pomeranz: … then the numbers are still the same, the math. But if the price goes up and the rent stays stable, then it deteriorates the rate of return, so then that’s a time not to invest.

Steve Pomeranz: Okay, cool. Anything to add as we …

Terry Story: No. You know, I have a lot of people saying they’re looking for cash flow.

Terry Story: They’re attracted to real estate because they’re like, “Oh, wow, if I buy an investment and I collect rent, I’ve got cash flow.”

Steve Pomeranz: I don’t know, I don’t know. I don’t see it in my practice. I see people who … A lot of people have these rental places, and they’re always just about breaking even.

Terry Story: Breaking even, I know. I just had a long conversation with one of these investors who called me, who wants to get into it for the first time. And I said, “There’s so much you have to take into consideration when making that decision.” It’s not just go buy something and then you get all this money coming in. It doesn’t work that way.

Steve Pomeranz: No, it doesn’t work that way.

Terry Story: And it’s an asset that’s hard to sell. It’s not like a stock where you can just hit a button and sell it.

Steve Pomeranz: All right, I think we’ve covered that subject as much as we can. My guest, as always, is Terry Story, a 30-year veteran with Keller Williams, located in Boca Raton, Florida, and she can be found at terrystory.com. Thanks, Terry.