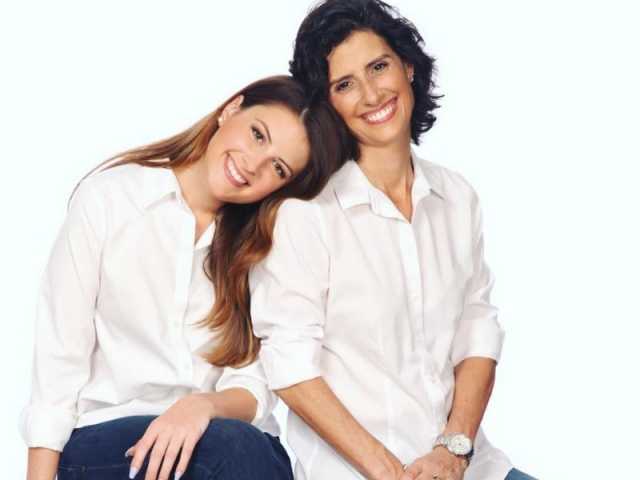 We were delighted to welcome Terry Story on to the show again to discuss the latest news in the world of real estate. And there were some positive signs in the market once again this week with real evidence that housing prices continue to experience an upturn.

A recent article noted that prices of homes have increased by nearly $50,000 across all 50 states since the recession died down. This is obviously good news for those who already have a home, but Terry noted that it doesn’t apply across the board. Hartford, Connecticut; Chicago, Illinois; Virginia Beach, Virginia; and Baltimore, Maryland to name but a few are examples of areas that have experienced some price depreciation since 2009.

Conversely, California has seen massive jumps. Terry indicated that median house prices have shot up nearly $250,000 in California over the last decade, indicating that supply, demand, and location all play a major role in house prices. Terry commented that even $1 million in California won’t necessarily get you something particularly swanky, which is obviously unfortunate for those who are born and bred in the state.

The discussion then moved on to talk about a survey that has been published recently suggesting that laundry rooms are the number one most desired feature upgrade in housing. This intrigued both Steve and Terry, as neither of them considered a laundry room to be particularly aspirational. But there is obviously a convenience and storage aspect involved. Energy savings features, storage, hardwood flooring, patios, and exterior lighting also ranked highly, so these are definitely some options for homeowners to consider when updating their houses.

Terry also discussed some interesting research which suggested that the average size of homes in the United States is decreasing. Not by a huge amount, but the average home size has declined by 100 square feet in recent years. Terry noted that this has been underpinned by an increasing desire for townhomes, with more people wanting to live near urban areas.

Finally, Terry discussed an area where she is something of an authority, namely the areas that home inspectors flag up when houses are being sold. A recent study of 50,000 homes discovered that many issues are insignificant and should be addressed before selling. Terry mentioned such issues as door adjustments, leaking taps, exterior caulking and sealant missing, and even lightbulbs not being present! So there are some simple things that you can easily address to help ensure that your house sale goes smoothly.

It was another informative chat with Terry, and we all look forward to next week’s round-up.

Steve Pomeranz: It’s time for Real Estate Roundup. This is the time every single week we get together with noted real estate agent Terry Story. Terry is a 30-year veteran with Keller Williams, located in Boca Raton, Florida. Welcome back to the show, Terry.

Steve Pomeranz: There was an article about how much housing prices have improved since the Great Recession, take us there.

Terry Story: Yeah, the average median home value has increased by nearly $50,000 across all 50 states or 50 largest metro.

Steve Pomeranz: So now you see that in your area, right?

Steve Pomeranz: Yeah, so but more-

Terry Story: And in some areas, exceeded that.

Steve Pomeranz: Mm-hm, okay, unfortunately, there are some areas of the country that have seen depreciation, it really amazes me to hear this.

Steve Pomeranz: Now I’m surprised about Chicago, quite frankly, but, being in an urban area and the like, it’s such a great city. But for some reason, median housing prices have fallen there since 2009.

Terry Story: You have to make a lot of money to live in California, and to get a small simple house starts at $1 million.

Terry Story: And not every-

Steve Pomeranz: Well, they should move to Florida.

Terry Story: Just move to Florida with everybody else.

Steve Pomeranz: I know, that’s what you want.

Terry Story: Have you noticed the streets getting busier?

Steve Pomeranz: Okay, now, there’s always these surveys that you guys do, what is it, the NAHB, or National-

Terry Story: We love our surveys.

Steve Pomeranz: Okay, you love your surveys, that’s what I was going to get to.

Steve Pomeranz: So, of course, they’re asking questions like, what’s your favorite upgrade? And so they asked, what buyers want, what are the top 2019 top features that people are looking for? And the top feature, it’s just, as a guy, and I get this, but the top feature was a laundry room.

Terry Story: Yeah, I get the laundry room, it kills me because here I am upgrading my house right now.

Terry Story: I don’t have a laundry room.

Terry Story: So the first item on here says laundry room, and I’m thinking, oh my God, I better not-

Terry Story: Pour more money into my house because I don’t have a laundry room.

Steve Pomeranz: You need a laundry? Well, I don’t understand.

Terry Story: I don’t know, I don’t spend that much time in the laundry room, actually, I don’t even do my laundry.

Steve Pomeranz: There you go.

Terry Story: I have somebody do it, but-

Terry Story: That’s another story. But really, I mean, is it that big of a deal?

Steve Pomeranz: I think a laundry room is a big deal, I really do, I think, first of all-

Terry Story: What’s wrong with a closet with a washer and dryer in there?

Steve Pomeranz: Oh, I see, I see, yeah, but you need a place to fold and all of that.

Terry Story: Do it in front of the TV, you put the laundry in the basket, right? Like our parents did, and they sat there with the ironing watching soap operas.

Steve Pomeranz: Look, Terry, if you’re not doing your laundry, you’re not ironing, [LAUGH], so I don’t know who you’re talking about, [LAUGH].

Terry Story: [LAUGH] No, it took a long time before my kids realized, what’s that, mommy? [LAUGH]

Steve Pomeranz: What is that brick doing on that table?

Terry Story: So the other thing they want is energy-saving features, which I get.

Terry Story: We all want to lower our costs, on their appliances and windows and whole-house certification saying that it has all these features.

Steve Pomeranz: They also want, and everyone needs this, and as a guy, I can tell you, they want storage, okay?

Terry Story: Yeah, they got to have the storage.

Steve Pomeranz: I want storage in my garage, okay?

Steve Pomeranz: Those are pretty cool.

Terry Story: But not so much down here, we’re into tile.

Steve Pomeranz: All right, and then patio and exterior lighting. But, with all of this, changing the subject, but keeping it somewhat similar, housing footprint. The size of homes that people are buying are getting smaller.

Terry Story: Yes, the McMansions back in the-

Steve Pomeranz: Yeah, those are gone.

Terry Story: Oh, thank God, who needs all that space? That’s a lot of cleaning. Anyway, the footprint is decreasing. The new homes start declined, the average is close to 2,600 square feet, and today, down from closer to 2,700, so it’s about 100-

Steve Pomeranz: But really, when you look at these statistics, they’re not straightforward. Because the reason it’s declining is that there’s been more demand for townhomes.

Terry Story: Right, and then you say, well, why townhomes? Well, it’s not that they favor townhomes, but they want to be closer to the cities and the urban areas. And the land is more valuable the closer you get to the city center, so the opportunity to build townhomes is greater now in those areas.

Steve Pomeranz: Yeah, it’s greater, but new homes, regular homes have been downsizing since 2016. Fewer have more than four bedrooms or three or more bathrooms. And it shows that builders are trying to respond to the crisis around housing affordability. Suburbs are still the most desirable place to live, 64% according to that survey. Rural settings, 24%, and central city, 11%, and millennials are mostly central city type folks, right?

Terry Story: Right, they like to walk to downtown and restaurants and that sort of thing.

Steve Pomeranz: Right, that’s very cool. Okay, you’re involved in this area quite a bit. A home gets sold, a price is agreed upon, and then the home inspector comes in and messes everything up, [LAUGH].

Steve Pomeranz: So there was a study of 50,000 home inspections, and here’s some of the numbers that they found, top ten common home defects.

Terry Story: Okay, I think that a lot of these are really silly, but door needs adjusting and servicing.

Steve Pomeranz: I could do that, [LAUGH].

Terry Story: I know, I could do that. Faucet and heads need servicing.

Terry Story: That means that water’s not flowing properly or dripping.

Terry Story: Yeah, and so that, keep an eye out on these. Outlets and switches with deficiencies, no GFCI protection, so that’s that ground fault protection.

Terry Story: The little doohicky that pops out, yeah.

Terry Story: Yeah, sure, you won’t get electrocuted.

Steve Pomeranz: Especially if you have kids.

Terry Story: Yeah, absolutely, so getting those switched out. Absence of or defective smoke alarms, cosmetic sheetrock cracks and nail pops, fixtures and bulb deficiencies. If you’re going to sell your house, please put in new light bulbs.

Steve Pomeranz: Yeah, freshen up your light bulbs so things are shiny and blasting.

Terry Story: So they can see all the, right.

Steve Pomeranz: Yeah, okay, now that’s one of those little things, I never would have thought to do that.

Terry Story: Yeah, especially with all these high hats and these 10-foot, 12-foot, 20-foot ceilings, it’s difficult to change those light bulbs out. So a lot of people just ignore them, so the inspector says, oh, that light must be broken because it couldn’t be the light bulb.

Steve Pomeranz: Oh, I gotcha, he can’t get up there and unscrew it.

Terry Story: And he can’t, right.

Steve Pomeranz: All right, real quickly because we’re running out of time.

Steve Pomeranz: Roof nearing end of its serviceable life, well, we all know that. Here they’re putting the price of repair about $10,000, I think that’s low.

Steve Pomeranz: Yeah, coil and condenser for your air conditioner, that’s about $5,800, I think that’s about right.

Terry Story: That’s for a new one.

Terry Story: That must be something up north.

Steve Pomeranz: Yeah, exactly. My guest, as always, is Terry Story, a 30-year veteran with Keller Williams, located in Boca Raton, Florida. And she can be found at terrystory.com. Thanks a lot, Terry.