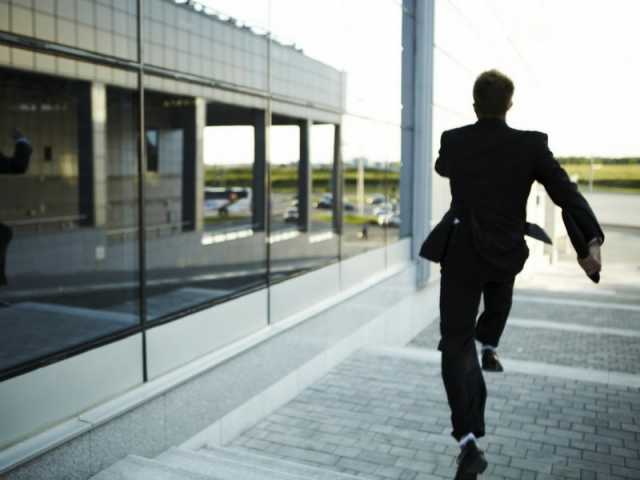 An Update On Mortgage Rates

Steve does the math and says if someone could afford to pay 7-8%, today they’d be able to buy the equivalent of two homes with rates now at less than 4%.

Changing gears, Steve wants to talk about an article in the New York Times about the explosion of rental units across the country.  Terry mentions an uptick in the housing market and increasing home-ownership rates as millennials reach the age where they’re forming families and settling down.  Even so, home-ownership is still below its historic norm of 65% and future growth could be slowed by rising interest rates and an overhaul of the tax code, which could take away the mortgage interest deduction on Federal taxes.

She agrees with Steve that land is a shrinking resource prompting the build-up of multi-story rental units by developers and notes that an oversupply of rentals may trigger a dip in rents.

Terry thinks the outlook for commercial real estate remains strong.  She cites research from Lawrence Yun, Chief Economist at the National Association of Realtors, which shows that commercial property prices could plateau and even fall in some larger markets.

Citing the report, Terry states that buyers and sellers are now at odds over pricing.  While sellers want to raise prices because the economy is doing well, buyers appear unwilling to pay higher prices because they fear rising interest rates would increase the interest they pay on borrowings and reduce net income from commercial units, thereby reducing cap rates.

Furthermore, sellers want more money for their properties because vacancy is falling and there isn’t enough new commercial construction to make up for the shortfall because of a shortage of workers, setting the stage for higher commercial rents.

Steve attributes the shortage of construction workers to the big real estate downturn in 2005 and 2006 when workers felt the sector was too cyclical and therefore moved on to jobs in other, more stable, sectors such as plumbing and electrical.  Now that the cycle has turned and real estate is doing well again, there aren’t enough workers available to fill the gap.

Is Housing In A Bubble?

Finally, Steve asks Terry if the housing market is in a bubble.  She doesn’t think so and points to the lack of home flippers and, facetiously, to the lack of shows on TV that show you how “profitable” it is to flip homes.  Instead, she says today’s buyers are long-term investors who buy a home, improve it, rent it out, and sell it decades later.

Steve wraps up the segment by saying that you know it’s not a bubble when you have to face up to the real economics of working hard to earn your money, which is what business is all about.

Steve Pomeranz: It’s time for Real Estate Roundup. This is the time every single week we get together with noted realty agent, Terry Story. Terry is a 29-year veteran with Coldwell Banker located in Boca Raton, Florida. Welcome to the show, Terry.

Steve Pomeranz: We’ve seen short-term interest rates rise here a little bit, but what are mortgage rates doing? What are you seeing in your marketplace?

Terry Story: Yeah, this is kinda neat. They’ve declined which is good news. It’s not like it’s broadcast everywhere, but I didn’t quite realize that it’s dipped below 4%. And so that’s certainly, anybody looking to buy a house, my gosh, below 4%? This has been going on for a long time, Steve.

Steve Pomeranz: You say that because when I saw this, I looked…I thought about my own mortgage, which I took four years ago, and it was at three and three-quarters. So, this number you gave to me today was 3.9, right?

Steve Pomeranz: So, that’s 0.15% higher, but essentially, that’s flat. In all of these years, and all of this thinking that interest rates were going to rise, and all of this stuff, nothing’s happened.

Terry Story: No, I know, I went and got my first house, which was 29 years ago, the interest rates were a little over 7%, and at that time I thought I was getting a really good rate.

Steve Pomeranz: You are, you are.

Terry Story: Can you imagine? I mean, I would have paid off the house a lot faster.

Steve Pomeranz: Well, I mean, theoretically, if you’re at seven or eight and you’re paying less than four, then in a sense you could pay, if you could afford the mortgage that was at 8%, let’s say.

Steve Pomeranz: You can now buy twice as much house at the 4% rate.

Steve Pomeranz: And that’s the mechanics behind it. Okay, let’s change gears here because, I know in our area and I think around the country, we’re seeing an explosion of rental units go up almost every square meter of land near an urban center is now no longer really a shopping center or strip mall, it’s now a rental property. But there was an article in the New York Times. Tell us about it.

Terry Story: Yeah, so, there’s been an uptick in the housing market, and home-ownership rates are now increasing as a result of the millennials reaching that age where they’re forming families and settling down…that’s what it comes down to. But on the flip side, we still have home-ownerships remaining below its historic norm of 65% and future growth could be slowed by forces such as rising interest rates, especially, if there’s any kind of overhaul in the tax code.

Terry Story: All of this will have an impact.

Terry Story: Absolutely. There’s no doubt to that. You can only go so far west as we would say here in the south Florida area because we run into the Everglades.

Steve Pomeranz: I mean, why can’t we build like stick houses in the Everglades or something? Ridiculous.

Terry Story: That would be pretty cool. Like in Stiltsville down in Miami.

Terry Story: And our swamplands.

Steve Pomeranz: [LAUGH] Yeah. Well, yeah. All right, so, [LAUGH] moving right along, Terry. What about the commercial office space outlook?
The market still healthy there?

Terry Story: It is, the market’s strong, prices are pretty much at a standstill. The commercial prices will plateau and may even fall in some of the larger markets, but the secondary market will experience sustained demand and stable real estate prices according to Lawrence Young, who’s the Chief Economist at National Association of Realtors.

Steve Pomeranz: So what does that all mean if I’m going to rent an office somewhere? Are prices rising, have they stabilized? Is it a healthy…is there a healthy outlook?

Terry Story: Right, and furthermore vacancy is falling, yet construction has been lagging because of worker shortages. Believe it or not, there’s a shortage of workers.

Steve Pomeranz: Yeah, well, I know. I have clients that are in the real estate business. One has a very successful plumbing company, and we were talking the other day, and he said that’s a difficulty.

Also, a lot of individuals are going for white collar jobs, especially-

Terry Story: I was going to say the same thing.

Steve Pomeranz: Yeah, after the big downturn in 05 and 06, people said, this is too cyclical for me, I’m getting out of the business. Looking for something that’s more steady. So now, that the cycle has turned, there is not enough necessarily of those people to fill the gap.

Terry Story: Absolutely, and I’ve got to tell you, it’s a good trade to go into plumbing, electrical. I know a lot of very wealthy plumbers, believe it or not.

Terry Story: [LAUGH] I know! [LAUGH] My husband’s in the elevator business.

Terry Story: He says he’ll never get out of business because we need elevators. People don’t like walking stairs so.

Steve Pomeranz: He doesn’t say, but the business goes up and down, right?

Steve Pomeranz: He never said that. [LAUGH] All right, so do you think or do the experts that you’re in touch with, do you think that housing is in a bubble yet?

Terry Story: No, and there’s a lot of reasons for it. The residential home prices continue to appreciate at levels still above historic norms. Some are questioning if we’re heading towards another housing bubble, but we’re not in the right environment to experience what we did between 2006 and 8.

Steve Pomeranz: Yeah, that’s the last war. I think you can measure for a housing bubble by the number of flip-it shows there are on TV.
Because I remember that, man, every other show, what is that, HGTV, was flip this, or how to use other people’s money. There were seminars all over the place.

Steve Pomeranz: We’ll take you out and we’ll show you how to buy a home with nothing down. Remember the nothing down stuff?

Terry Story: We’re not seeing the flippers anymore. For the most part, there’s just not enough margin in there. The investors are still there. They know that they have to buy, improve, hold, rent it out, and then down the road, sell.

Steve Pomeranz: Yeah, the real economics, and when you’re fighting against real economics which is what business is all about, and you’re not in a bubble, and I don’t see that we are. My guest as always, Terry Story, a 29-year veteran with Coldwell Banker located in Boca Raton, Florida.

And by the way to hear this show again and to sign up for our weekly update, which includes all of Terry’s Story’s stuff.

Not only do we have the audio but we also have the summary, we have the transcripts, whatever you need to get more information and learn. Don’t forget to go to stevepomeranz.com, but you can find Terry at terrystory.com. Thanks, Terry.